Lac Remedies in Practice by Philip Bailey M.D. is reviewed by Richard Pitt.

Printed in The Netherlands

Bailey’s book is another contribution to the important family of remedies, the milks. Given the number of milk remedies now being used in homeopathy, this book adds more interesting nuances in distinguishing between the various milks and identifying the key characteristics of a milk remedy. Bailey clarifies these main ideas as follows:

Missing Foundation: A lack of basic bonding with the mother. (As the mother may need a lac remedy, so will her child). Also a separation from the mother in the first two years of life.

Ambivalence: Lack of physical connection to the mother, including connecting to the breast.

Paradise Lost: Lack of connection, love leads to withdrawal (an attempt to go back to the womb), or withdrawal to drugs and to spirituality.

Alone and Co-dependent: Profound and deep sense of isolation. Can care for others, but not for him / herself.

Where is the Man: Single-parent families. Lac woman does not trust love, or develops dependency on her child, even to exclude her partner. Co-dependency.

Victim-Consciousness: most lac cases feel they are a victim. Helplessness, feels abused.

Unsupported: by parents, friends or colleagues. Can cut themselves off from family.

Community Awareness and Advocacy: May seek connection with the community as a whole, the underlying abandonment seeking its own healing.

Rebel with a Cause: a tendency to rebel against authority, particularly when it is seen as uncaring. May be an activist.  Sensitive to injustice.

Push and Pull: All or nothing or push and pull in relationships. Clingy or aloof.

Boundaries: Weakness in boundaries, similar to Carcinosin. Empathetic but co-dependent.

Bailey clearly describes these main ideas well and although most have been clearly elucidated by other writers, it is good to give further identification to the key themes needing a Lac remedy.

Describing the lac remedy themes brings an interesting challenge between describing specific symptoms of a remedy and identifying broader “themes” and definitive characteristics of a remedy or grouping of remedies. Bailey, as he did before in his book Homeopathic Pyschology tends towards more general emphatic themes than merely discussing specific symptom pictures. While that helps in creating an image of gestalt of a remedy or grouping, it can tend to lead to an over-generalization in identifying characteristics, creating emphatic and exclusive statements. For example, he states that in the idea of “Paradise Lost”, there is a tendency to withdraw away from life, either into narcotics or spirituality. He then says, “Most lac cases are not addicted to narcotics…most lac cases are spiritual people, in both senses of the word. They have some experiences of higher states of consciousness, and they identify with philosophies which emphasize spiritual realities. In the theme “Where is the Man,” he states “The majority of lac mothers I have treated were single mothers,” and “Lac women are less likely to have an abortion after an unplanned pregnancy.” Also “many lac women are distrustful of men and some are overly hostile. The hostility expressed toward men in the past by aspects of the Feminist movement can be due, to some extent, to this hostility that many lac women feel (often unconsciously) toward men. In the theme “Rebel with a Cause”, he describes that “This combination of rebellion and sensitivity to injustice often results in the lac person becominge an activist.”

Bailey clearly has a very good understanding of the themes of a lac remedy, and my own experience corroborates much of what is written, especially a key idea which he states as “I have never really committed to being here on earth.” This is a key idea, which allows many other themes to be identified – isolation, childlike, dreamy/floaty, lost, control, dependency/independence, boundary issues, victim/abuse etc. However, to say that most lac cases are spiritual people is, in my mind, taking things a bit too far. I feel one has to be very careful when identifying any remedy in such a definitive way, similar to some of the other comments made. A lac remedy, as any other remedy can be given to many different types of people, with different stories and I think one of the challenges in defining more constitutional qualities of a remedy is not being too rigid in identifying key themes.

After this introduction, Bailey then describes the following lac remedies, each with its own chapter:, and backing each chapter with cases: Lac humanum, Lac felinum, Lac equis, Lac caninum, Lac defloratum, Lac leoninum, Lac delphinium and Lac lupinum.

Each chapter is given its own characteristic themes with some good comparative materia medica included, as well as the cases at the end. This structure allows the reader to easily navigate each remedy, seeking to understand the individual characteristics as well as the general lac themes. Every practitioner will inevitably see certain qualities in a remedy and not so much others, which is why it’s good to read different homeopaths on remedies. For example, in Lac defloratum (skimmed cow’s milk) one keynote of the remedy is “Mind, delusions, convent, thinks she will have to go to a.” This ties into a key idea of the remedy – cold, alone, orphan feeling, not enough, lacking etc., convents often evoking a sense of being cold, austere places, lacking physical and emotional warmth, and yet is at least a home, which for lac patients can be an existential question – where is home and who are my family really? However, Bailey doesn’t mention this in the remedy, and his focus is predominantly on the mental/emotional picture and not so much on the important nutritional and hormonal symptoms in the remedy.

Also the chapter on Lac lupinum brings up interesting questions regarding the possible anthropomorphic projection onto a remedy, seeing too simplistic parallels between the qualities of the animal and that seen in humans. This was discussed also in the proving of Lac lupinum.

That being said, the book gives excellent detail on these remedies and is a welcome addition to an extremely important family of remedies, without which homeopathy would be much worse off. 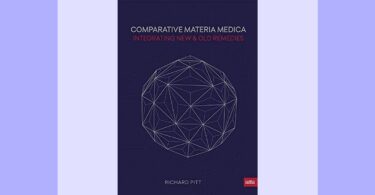