A detailed review of Massimo Mangialavori’s books : Praxis: A New Approach to Homeopathic Medicine : vols. I and II. These books are the most complete expression of his ideas ever committed to print. The reviewer discusses his use of themes instead of rubrics, his use of both horizontal and vertical classification, his ability to intuit mental states from symptoms in organ systems and much more.

Praxis: A New Approach to Homeopathic Medicine: Method of Complexityâ€”The Search for Coherence in Clinical Phenomena, vols. I and II
By Massimo Mangialavori
edited by John Sobraske
Matrix Editrice, 2010, ISBN 978-88-88799-14-8 In 2007, the LINKS Congress invited as its main speakers, the three homeopaths whom it considered to be among the greatest modern innovators internationally: Rajan Sankaran of India, Jan Scholten of Holland, and Massimo Mangialavori of Italy. All three of these celebrated practitioners have contributed new systems of remedy classification that have enriched our understanding of “small,” little-known remedies, and Dr. Sankaran has also pioneered an intuitive method of casetaking. But because Dr. Mangialavori has not published as extensively as his contemporaries (except for several monographs which, with a few exceptions, are edited transcriptions of seminars), knowledge about his contributions has not been as well disseminated. That is about to change, however, thanks to the publication in English of his long-awaited Praxis.

Praxis: A New Approach to Homeopathic Medicine is more than a “system:” it elucidates a comprehensive methodological approach to homeopathic practice. I’ve been attending occasional seminars by Massimo (as he is known by his student-colleagues) since 2006 but have been frustrated by the piecemeal nature of the knowledge thus gained; the experience is akin to shining a flashlight on a single facet of an intricately carved crystal prism. Praxis finally brings us the complete prism with all its facets polished and brilliantly exposed to sunlight. Volume I of this two-volume set elucidates the conceptual basis of Massimo’s theory and practice, while Volume II is comprised of case studies of what he refers to as the homeopathic Drug family of remedies.

As a clinician, Massimo is best known for his pioneering use of “small” and relatively unknown remedies and for his system of classifying remedies, which is broader and more conceptually based than the strictly “taxonomical” classifications used by Sankaran and Scholten. He is also known for following patients according to exacting standards, considering no case as “cured” unless follow-ups have spanned a minimum of two years (sometimes much, much longer). Cured cases constitute one of the cornerstones of his methodology; as sources of information about materia medica, he accords to them greater weight than he does to repertorization. Traditional repertories, he maintains, are frequently unreliable aids to finding the similimum: The grading of rubrics is historically haphazard, symptoms have been taken out of context, and far too many remedies are simply underrepresented.

What, then, to use as a coherent basis for remedy characterization? The living patient is our best source. But to characterize the remedy states of patients adequately, it is necessary to apply a deep conceptual framework. Themes, rather than rubrics, are Massimo’s preferred method of organizing information and recognizing remedy states. He carefully delineates the differences between symptoms, themes, coherent symptom groups, characteristic themes (which often express polarity depending on whether a patient presents in a compensated or decompensated state), and fundamental themes (which express the “structure” of a remedy or entire homeopathic family as well as the adaptive strategy of a patient). Also important is the remedy phase; every remedy state evidences a continuum, and the portion of the continuum of information about a given remedy that is manifest to the practitioner depends on the phase at which a patient presents. A relatively well-compensated young woman who needs Sepia, for example, likely will not appear in our offices with the same worn-out, sarcastic demeanor that we have come to expect from our repertories.

Massimo’s understanding of homeopathic remedy families is quite different from that of Sankaran or Scholten. He describes this difference by referring to “horizontal” and “vertical” modes of classification. Horizontal classification relies on taxonomy (in the case of plants and animals) and periodic table organization (in the case of the mineral kingdom), whereas vertical classification schemes rely on coherent symptom groups, themes (characteristic and fundamental), and structural symptoms of a patient, all of which span across kingdoms and taxonomic classifications.

The second volume of Praxis offers an extended example of his vertical classifications: the homeopathic Drug family includes such disparate remedies as Anhalonium, Psilocybe, Agaricus, Bovista, Convolvulus, and Nabalus serpentaria. (A future, third volume of Praxis will include Drug family remedies from other kingdoms, such as Bufo.) For each remedy described, Massimo includes information drawn from natural history, medical anthropology, mythology and legend, traditional herbal uses, and provings.

Homeopaths who consider themselves “Hahnemannian” often object to the use of these kinds of information about a medicinal substance, claiming that it contradicts Hahnemann’s injunction against the “doctrine of signatures” approach to characterizing a medicine. It is important to understand, however, that what Hahnemann railed atâ€”the overly simplistic ascription of medicinal characteristics based on superficial appearancesâ€”is a far cry from the broad panorama of knowledge about previous human use and understanding of medicinal substances that constitutes our modern understanding of signatures.

In fact, one of the significant features of this two-volume set is the extent to which it draws upon other sciences relevant to homeopathic knowledge and practice (systems theory, complexity theory, medical anthropology…). One rather puzzling feature of Volume I is a chapter devoted entirely to psychological concepts as they relate to homeopathy; it takes up more than 80 pages and was writtenâ€”with Massimo’s supervision and approvalâ€”by John Sobraske, a psychologist and fellow homeopath based in Rochester, NY. Isn’t this discussion out of place in a treatise on homeopathic methodology and practice? Doesn’t it give too much weight to a discipline that is quite distinct from homeopathy?

I interviewed Massimo briefly about this concern at a recent conference outside of Boston. “Not at all,” he maintains. “Contemporary homeopaths spend so much energy discussing so-called Mind symptoms, yet as a group we show great ignorance about this subject. Therefore, we need a more serious background in it. An important part of homeopathic practice is to keep our minds open to other disciplines, and we need to engage with scientists in other fields.” Massimo also feels that our concept of “Mind” should be broadened to include the corpus, which describes the expression of a remedy state through body systems. A rubric that appears under “Abdomen” or “Extremities,” for example, can incorporate clues about the core mental and emotional state of a patient and should be considered just as important and deep-reaching for some remedies as rubrics appearing in the Mind chapter. Many remedies tend to concentrate their expressions through specific organ systems, and it is through these that the homeopath can intuit mental and emotional tendencies.

Heady stuff, indeed. There’s a lot of deep material in Praxis that should keep practitioners engaged and enlightened for years to come.

Note: this review has been published in Homeopathy Today, summer 2010 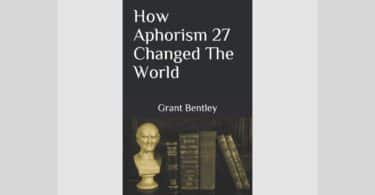 Sybil Ihrig, L.Ac., HMA, CCH (Cand) is the owner of Lotus Wellspring Healthcare in San Marcos, California. She is a graduate of the American Medical College of Homeopathy and Pacific College of Oriental Medicine. Her mentors in homeopathy include Massimo Mangialavori and Dr. A.U. Ramakrishnan, among others. She can be reached at (760) 752-9786 or through her Web site, www.lotuswellspring.com