On 10th August, 1833, in the small town of Köthen, just outside Leipsic, Germany, a historic meeting took place, arranged by certain supporters of Dr. Samuel Hahnemann with a group of doctors from Leipsic who had adopted his approach to treatment of disease, but with whom he had been engaged in a lengthy and at times acrimonious and public debate as to its principles and correct application. The results of that meeting, in particular, the resulting agreement on the basic principles of homeopathy are relatively well-known. That in itself makes the meeting an important one, but what happened next at the gathering in Köthen, something not at all on the agenda and raised by Hahnemann himself, is of even more interest and importance. However, this incident has been partly mis-represented, partly misconstrued and for the most part misunderstood and then ultimately ignored. And yet it goes to the heart of Hahnemann’s complete medical system, and the failure to properly address and comprehend the significance of this event, the ‘scandal at Köthen’, is at the root of much of the confusion in homeopathic practice and teaching since. Despite some documents in a few reference works, the event has essentially been dropped down the memory hole, or if mention is made, seen as an unfortunate aberration in homeopathic history, and also in the otherwise respected and venerated life of Samuel Hahnemann.

This book is the first attempt to gather together in one place the available source references, including some references in German and specially translated and incorporated by the authors, regarding this remarkable and highly important event in homeopathic history, known generally as the ‘dual remedy affair’. The historical account unfolded in the book has until now not been set out.

This historical account has also benefitted from insights regarding Hahnemann’s complete medical system, Heilkunst, derived from work by Steven Decker undertaken for a new translation of Dr. Samuel Hahnemann’s Organon der Heilkunst (one also used for the O’Reilly edition). Further, both authors have benefitted from an extensive study of the history of Romantic science and medicine, which study supports that far from being an erratic boulder on the landscape of Western medicine, Hahnemann’s Organon and its attendant works are an integral part of the emergence and development of a radical, comprehensive science and therapeutics that set out a true system of Western healthcare based on the laws and principles of living nature.

This ‘scandal in Köthen’ over the dual remedy prescribing fundamentally altered the course of homeopathic history. It not only cut subsequent homeopathic developments off from their living source, but also severed Hahnemann’s Heilkunst from its rightful and important place in Romantic science and medicine. Ever since we have had a one-sided understanding and application of Hahnemann’s system, one that is generally considered an erratic boulder in the scientific and medical landscape.

The history of the ‘scandal in Köthen’ provides the key not only to understanding the true nature and extent of Hahnemann’s system of medicine, but also to re-establishing its rightful place as an integral part, indeed one of the twin pillars, of a Romantic science and medicine rich in history, encompassing some of the greatest minds of the time, but also of increasing importance today in the face of the growing crisis of allopathic medicine, the very system that Hahnemann and his compeers had so insightfully criticized and for which they had provided a replacement grounded in a science of living nature.

As the book documents, what Hahnemann shared with his followers that day in 1833 was the monumental discovery of the principle of the use of dual remedies, a principle that, as he himself stated, was completely consistent and consonant with all that he had established before. While Hahnemann had been implementing this principle in part in his practice in prior years in the face of the challenges of chronic disease, it was only when one of his close followers, Dr. Aegidi, brought the direct use of dual remedy prescribing to his attention in the Spring of 1833, that he recognized and acknowledged the principle itself. His enthusiasm for this discovery was what led him to add a new paragraph at the last minute to the almost published 5th edition of his Organon, but also to share this good news with his followers in Köthen later in August, in the warm glow of re-established harmony with the Leipsic doctors.

The purpose of the book is to present the complete history (based on all known documents and sources) of a pivotal event in homeopathic history, involving the use of dual remedies. As Santayana stated, those who do not remember their history are condemned to repeat it. Historical knowledge, what the Greeks called historia, is fundamental to becoming a practitioner of the remedial art, a Heilkünstler as Hahnemann termed it.

The book sets out in detail, for the first time, the full historical narrative concerning the idea and principles of dual remedy prescribing, and also places Hahnemann within the broader context of the revolution in medicine of his day. The content and findings of the book can further help us to understand and place in a useful context much of the confusion and controversy within homeopathy over the years, as between ‘classical’ and ‘complex’ or even the place of things such as ‘biotherapies’, cell salts and bowel nosodes. The idea and principle of the dual remedy has far-reaching implications, but now, as then, remains misunderstood and criticized when it should be understood and then properly applied to enhance the effectiveness of Hahnemann’s system of medicine. 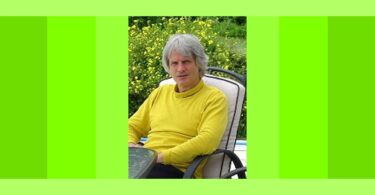 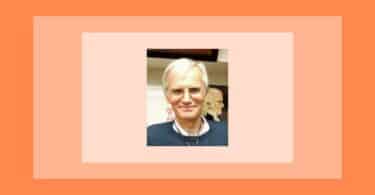