Homeopathic medicine for gastritis. Types, causes, symptoms, diagnosis and treatment of gastritis. List and indications of homeopathy therapeutics of gastritis.

Acute gastritis can divided into:

Chronic gastritis is an inflammation of the lining of the stomach that occurs gradually and persists for a prolonged time. Chronic gastritis may be caused by prolonged irritation from the use of nonsteroidal anti-inflammatory drugs (NSAIDs), infection with the bacteria Helicobacter pylori, pernicious anemia (an autoimmune disorder), degeneration of the lining of the stomach from age, or chronic bile reflux.

Homeopathy is one of the most popular holistic systems of medicine. The selection of homeopathic medicine for gastritis is based upon the theory of individualization and symptoms similarity by using holistic approach. This is the only way through which a state of complete health can be regained by removing all the sign and symptoms from which the patient is suffering. The aim of homeopathic medicine for gastritis is not only to treat gastritis but to address its underlying cause and individual susceptibility. As far as therapeutic medication is concerned, several remedies are available to treat gastritis that can be selected on the basis of cause, sensations and modalities of the complaints.  For individualized remedy selection and treatment, the patient should consult a qualified homeopathic doctor in person.

Antim crude – Homeopathic medicine for gastric complaints from over eating; bread and pastry; acids or vinegar; sour or bad wine; after cold bathing; overheating and hot weather; thick milky white coating on the tongue; gastric affections with nausea distended feeling in the abdomen, though is flat. Vomiting is frequent and constant. The patient brings up large quantities of food eaten in a sort of half digested acid state. Incessant belching tasting of ingesta. Constant discharge of flatus up and down.

Abis can – Homeopathic medicine for gastric affections caused by abuse of tea or tobacco, dyspeptic troubles especially of the aged with functional heart symptoms; total loss of appetite in the morning, but great craving for food at noon and night; eructation with offensive breath; pain in stomach always after eating; sensation of lump; as if hard boiled egg logged in the cardiac end of the stomach; continual distressing constriction in the pit of the stomach, as if everything were knotted up.

Heartburn with flatulence. Homeopathic medicine for gastritis has nausea and vomiting in the morning. He feels “If I could only vomit I would be so much better”. Alternating constipation and diarrhea. Eructations sour, bitter; nausea and vomiting every morning with depression of spirits, after eating. Heartburn. Drinking milk seems to cause acidity. Hunger, but if he eats ever so little, he is satisfied and feels quite full. Repeated, violent vomiting of sour mucus with headache or with blood. Nux vomica is mostly indicated in case of chronic gastritis which is caused by tobacco, alcoholic stimulants, aromatic or patent medicines, sedentary habits, highly spiced food. Contractive, squeezing stomachache.

It has pain in the pit of stomach when the hypochondria are pressed and pain in hypochondria when the pit of stomach is pressed. Homeopathic medicine for gastritis has fullness even after a light meal, with no intestinal irritation. Offensive discharges. Eructation ameliorates gastric troubles. Bitter taste in mouth at night, sour vomiting. A grand characteristic of Lycopodium is, “The patient goes to meals with a vigorous appetite, but after eating a small quantity of food he feels so full and bloated that he has to force himself to swallow another mouthful; and he leaves the table with his hunger, only momentarily satisfied.”

Gastritis with chronic erosion. Burning, gnawing circumscribed pain. The all gone, weak feeling at 11 a.m. starting from stomach to bowel.  Craves for cold food and cold drinks which give relief temporarily, but are vomited as soon as they become warm in stomach. Very useful remedy in the vomiting of chronic dyspepsia.

Foul, bitter or sour taste. Burning pain in stomach like fire, as if hot coals were applied to part, better by hot application, hot drinks. Acrid and bitter eructation. Irritative dyspepsia and acute inflammation. Nausea, retching and vomiting of slimy mucus tingled with blood. Trembling and coldness of extremities with pain in stomach and oppressive anxiety.

: With black bile and blood.

Is best adapted to persons of gouty or rheumatic diathesis. Great thirst for large quantities at long intervals. Pressure as from stone at pit of the stomach, relieved by eructation. Stool large, hard, dark, and dry, as if burnt. Diarrhea during a spell of hot weather; bilious, acrid with soreness of anus; like dirty water; of undigested food; from cold drinks when overheated, from fruit or sour foods aggravated in morning, on moving, even a hand or foot and ameliorated by absolute rest. Aggravation from any motion, and corresponding relief from absolute rest, either mental or physical. Pains: stitching, tearing, worse at night;

Abdominal pain in short attacks, causes redness of face and eyes. Abdomen tender, distended; aggravated by least jar. Loss of appetite with desire to drink without thirst. Eructation and vertigo. Nausea and inclination to vomit. Violent stomachache after a meal. Bilious vomiting.

Homeopathic medicine for gastritis has distention of stomach and bowel, obliged to loosen clothing. Gastralgia. burning, crampy, colicky pain in the stomach, ameliorated after eating.  Cramps in the epigastrium and putrid eructation. Sweets nauseate and disgust, hot drinks disagree. Aversion to meat. Flatus rancid or putrid.

Violent burning in the stomach, with paroxysmal cramps which force the patient to double up; with flatulence. Putrid variety of dyspepsia. Slow digestion; feels as if a weight in the stomach, which is not relieved by eating; but after a few mouthfuls there is a sense of fullnesss. Eructations are rancid, putrid or sour.

Violent belching and great relief from it. Pain is gnawing, ulcerative, referred to the pit of stomach. Vomiting of glairy mucus, which can be drawn into strings. Longing for sugar which aggravates the complaints.  Pain in spot radiates to every direction.

It has deathly faintness at the pit of stomach. Profuse saliva in the mouth. Stool hot, scanty, bloody, slimy, and offensive, with terrible cutting, colicky pains. Useful in painful acute inflammation. Tenesmus, not relieved by stool. A never get done feeling in the rectum.

Gastric complaints from bad effects of beer. Loss of appetite. Weight in pit of stomach. Flatulence aggravated soon after eating. Vomiting of ropy mucus and blood; round ulcer in the stomach. Can not digest meat.

Homeopathic medicine for gastritis best suited to weak patients having low vital power. Sensation of satiety after a few mouthfuls of food. Sour, bitter eructations; flatus is offensive. Slow digestion and patient faints easily. There is a sensation as if food had lodged in the oesophagus. In cases where the food does not digest, but lies a long time in the stomach, causing eructations and finally is vomited out undigested.

Burning in the stomach. Gastritis caused by chronic alcoholism. When carefully selected remedies fail to produce favorable effects, especially in acute diseases, it frequently serves to rouse the reactive powers of the system. Weak, empty, gone or faint feeling in the stomach about 11.a.m. and can not wait for lunch. Congestion of abdomen. Stool acrid excoriating. It follows Aconite well. Sour eructation all the day. Long heartburn. Belching up of a portion of the food that had been eaten. In the morning inclination to vomit. Morning nausea. Bulked eructation on going to sleep.

It is indicated where the system is broken by long term bacterial infection, pernicious anemia, hazards of radiation and chemotherapy. Putrid belching, dyspepsia with sleepiness. Before eating, there is a faint sinking feeling in the epigastrium out of proportion to the feeling of vacuity caused by hunger, with sour eructation, heartburn and with peculiar weak nervous sensation. Desire for sugar and sweet. laughter or tears. All gone sensation in the stomach. Great dryness of mouth. Diminished taste of all food. In the morning sour eructation, in the evening bilious eructation, in the night bitter eructation. Intolerable nausea; short and bilious vomiting. Inclination to vomit with grumbling and rumbling in the sub costal region. Flatulent colic. Stool mingled with little blood. Pinching pain in epigastrium.  Thirstlessness with nearly all complaints. Gastric difficulties from eating rich food, cake, pastry, especially after pork or sausage; the sight or even the thought of pork causes disgust; “bad taste” in the morning.

What are the Causes of Gastritis?

Helicobacter pylori (H. pylori) that live deep in the mucosal layer, which coats the lining of the stomach. Although it’s not entirely clear how the bacteria are transmitted, it’s likely they spread from person to person through the oral-fecal route or are ingested in contaminated food or water. H. pylori infection frequently occurs in childhood and can last throughout life if untreated. It’s now known to be the primary cause of stomach ulcers and is a leading cause of gastritis. Long-term infection with the bacteria causes a widespread inflammatory response that leads to changes in the stomach lining. One of these changes is atrophic gastritis, a condition in which the acid-producing glands are slowly destroyed.

Bile helps in digestion of fat. The liver secrets bile and stores it in the gall bladder. After releasing from the gallbladder, the bile goes into the small intestine through biliary ducts; the pyloric valve prevents bile from flowing back into stomach from the small intestine. Dysfunction of the valve gives rise to back flow of bile into the stomach, leading to inflammation of the gastric mucosa.

Permicious anemia can result in atrophic gastritis. People with pernicious anemia may have gastric polyps and get gastric cancer and gastric carcinoid tumors twice as often than the normal population.

The immune system makes antibodies and other proteins that fight off infection and keep the body healthy. In some disorders, the body mistakenly targets one of its own organs as a foreign protein or infection. It makes antibodies against it and can severely damage or even destroy the organ. The stomach lining also may be attacked by the immune system leading to loss of the stomach cells. This causes acute and chronic inflammation which can result in a condition called pernicious anemia. The anemia occurs because the body no longer can absorb vitamin B12 due to a lack of a key stomach factor, destroyed by the chronic inflammation. A form of anemia that occurs when the stomach lacks a naturally occurring substance needed to properly absorb and digest vitamin B12. A lack of vitamin B12 may change the surface of the tongue and shrink or thin the stomach lining.

Regular use of pain relievers:

Severe stress due to major surgery, traumatic injury, burns or severe infections can cause gastritis as well as ulcers and stomach bleeding.

It can irritate and erode the gastric mucosa.

Cocaine damages the stomach lining and may lead to hemorrhage.

Chemotherapy and radiation given for cancer can cause irreversible erosions of the stomach lining and destruction of acid-producing glands.

Gastritis may be associated with other medical conditions, including HIV/AIDS, parasitic infections, some connective tissue disorders, and liver or kidney failure.

What are the Signs and Symptoms of Gastritis?

The signs and symptoms of gastritis include:

In more severe gastritis, bleeding may occur inside the stomach. Any of the following symptoms can be seen as well as those already mentioned.

How Gastritis is diagnosed?

Gastritis is diagnosed on the basis of medical history and physical examinations of the patient and the following tests:

What is the Treatment of Gastritis?

Treatment depends upon the cause of gastritis. It may include lifestyle changes, medication or rarely surgery. Medication includes, Antacids, H2 blockers, Proton pump inhibitor, Antibiotics, antidiarrheal agents etc. In some patients the side effects of these drugs may seen:

Some Diet & Lifestyle Tips for Gastritis:

Joint Pain after a Fever – by Sowmya Sridharan

Indigestion and Sinusitis in a Woman of 28 – by Rajiv Peres

Muscular Dystrophy in an 8 Year Old Boy – by Dr.Jitesh Sharma 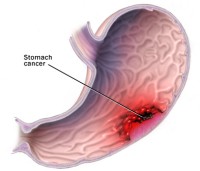 A Discussion of Gastritis with Keynotes of Leading Homeopathic Remedies