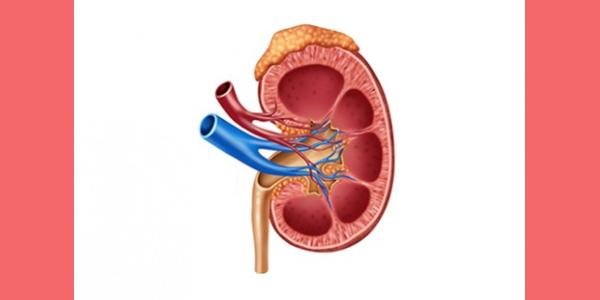 What is Kidney Cancer?

Kidney cancer is a disease in which cancer cells develop in the kidney and may spread to other organs. There are three types of kidney cancers: renal cell carcinoma; Wilm’s tumor, a fast growing tumor that affects children under the age of five; and transitional cell carcinoma, which occurs in the urine collecting region of the kidney.

The kidneys are the main filters of the body. They filter out waste products and carcinogens (cancer causing substances), transferring them from the bloodstream into the urine. These undesirable substances can then be eliminated from the body. Cancer is an uncontrolled growth of cells that eventually become large enough to make a tumor. Normal cells divide only when needed to replace other cells that are dying, and this process is very tightly regulated. Cancer cells have mutations that allow them to divide out of control, they body is often unable to stop this process. The tumor cells also become resistant to the natural cycle of growth and cell death (also known as apoptosis), and they just keep growing.

Cancer cells also secrete certain proteins (proteases) that can digest the surrounding tissue, allowing the cells to invade adjacent areas. The tumor cells can then spread to other parts of the body; this is known as metastasis.

The tumor cells can also stimulate new blood vessels to grow toward them to provide nutrients and oxygen for continued growth. This is known as angiogenesis— without angiogenesis the tumor cells would starve or remain dormant (inactive).

A cancer must be able to do most or all of these things to metastasize, to cause pain, or to kill a patient. Unfortunately, some kidney cancers have this potential. Tumors that cannot invade locally or metastasize are benign, these can grow, but rarely cause trouble and can often be left untreated.

New treatments that block the blood vessels supplying tumors with nutrients and oxygen can starve the tumor and slow or reverse its growth. These treatments, known as anti-angiogenic treatments, are now creating a new potential for the treatment of patients with kidney cancer and have moved kidney cancer to the forefront of modern oncology. 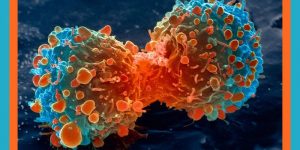 Kidney cancer, like all cancers, can be inherited or environmental. Inherited means that certain muted genes that cause kidney cancer are passed down from generation to generation. Inherited cancers are also known as familial cancers, because they run in families.

Very small percentage of of renal cell carcinomas are familial, with rest believed to be sporadic. Sporadic refers to cancers that develop in an unpredictable manner in patients with no family history of kidney cancer.

If the cancer is environmental it means that there has been exposure to carcinogens (agents which causes cancer) from, for example, smoking, the workplace, or from one’s diet. Carcinogens do their damage by mutating genes. If the gene that is mutated is in the kidney and is important for controlling cell growth, the kidney cell can then divide in an uncontrolled manner. This often occurs in a haphazard manner, and additional mutations can then be generated.

Eventually the tumor cells may become malignant and begin to divide uncontrollably.

Of all the potential carcinogens, the one that is best proven is tobacco use, which increases the risk of developing kidney cancer. It is known that smokers are twice as likely as nonsmokers to develop kidney cancer. Some researchers estimate that cigarette smoking is linked to 30% of kidney cancers in men and 24% in women. One researcher estimated that more than 80% of renal pelvis cancer in men and more than 60% in women would be prevented if people stopped smoking.

Another possible cause of kidney cancer is exposure to chemicals, both produced by the body and inhaled to digest. Because the kidneys filter waste, they are exposed to many chemical substances. Heavy, long-term use of the analgesic phenacetin is associated with renal pelvis cancer. The risk is 19 times greater for smokers who use phenacetin. The Food and Drug Administration banned phenacetin- containing products in 1983.

Occupational exposure is another possible cause. Some studies suggest that coke oven workers and insulation workers have a above-average rate of the disease. Reports show that workers in the rubber, leather, petroleum, dye, textile, and plastic industries have an increased risk of kidney cancers.

There is also evidence that obesity may increase the risk of developing kidney cancer. Several studies show an increased risk among women, and at least one report says obese men may also be at risk.

Women treated with radiation therapy, particularly for problems in the uterus, are at a greater risk. Patients exposed to thorium dioxide, a radioactive substance used in the 1920s with certain X-rays (no longer used), have an increased rate of renal cell carcinoma.

Signs and symptoms of kidney cancer

A significant number of persons have nonspecific symptoms such as weight loss, anemia, fatigue, intermittent fever, and hypertension.

Diagnosis of kidney cancer mainly include

If the disease is diagnosed and treated at an early stage, kidney cancer can often be cured. Surgery is the most common treatment for kidney cancer. Depending on the stage of the disease and overall health situation of a patient, several surgical options can be applied.

When the tumor is small and confined to a certain portion of the kidney, only part of the kidney and the adrenal gland, or even the surrounding tissue, may have to be removed if the cancer has spread over a large area.

In some cases, hormonal treatment or biological treatment can be used either after surgery or when a cancer cannot be removed surgically. Occasionally radiation therapy is used. In rare cases, kidney cancer spontaneously improves without any treatment. The aim of homeopathy is not only to treat renal cell carcinoma symptoms but to address its underlying cause and individual susceptibility. As far as therapeutic medication is concerned, many medicines are available for symptoms of renal cell carcinoma and wilm’s tumor treatment that can be selected on the basis of cause, sensation, modalities of the complaints.

For individualized remedy selection and treatment, the patient should consult a qualified homeopathic doctor in person. Some homeopathic remedies which could be helpful in the treatment of kidney cancer symptoms on the basis of symptom similarity and are mentioned in the homeopathy repertories are: 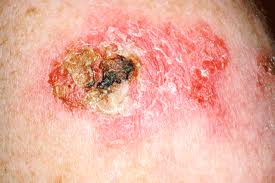