Neuritis, inflammation of one or more nerves. Neuritis can be caused by injury, infection, or autoimmune disease. The characteristic symptoms include pain and tenderness, impaired sensation, often with numbness or hypersensitivity, impaired strength and reflexes, and abnormal circulation and decreased ability to sweat in the distribution of the inflamed nerve or nerves. Although the term neuritis is sometimes used interchangeably with neuropathy, the latter is an often painful condition that is associated generally with nerve damage, dysfunction, or degeneration rather than with inflammation alone. In some instances neuritis can progress to neuropathy. One of the more common forms of the condition is optic neuritis.

Neuritis can affect one nerve (mononeuritis) or a plexus of nerves (plexitis). When several single nerves are affected simultaneously, the condition may be referred to as mononeuritis multiplex. When widely separated nerves are affected, it is known as polyneuritis. The symptoms of neuritis are usually confined to a specific portion of the body served by the inflamed nerve or nerves.

Inflammations of sensory neurons in a nerve fibre cause sensations of tingling, burning, or stabbing pains that usually are worse at night and are aggravated by touch or temperature change. The inflammation of motor neurons causes symptoms ranging from muscle weakness to complete paralysis. Muscles in the area served by the affected nerve lose tone, become tender, and may atrophy. Bell palsy, which causes a characteristic distortion of the muscles on one side of the face, is a form of mononeuritis and is caused by the inflammation of a facial nerve (the condition is sometimes also described as a form of mononeuropathy).

Neuritis literally means inflammation of a nerve. Neuritis is not a disease but a symptom of some other condition such as a herniated disk, Herpes zoster or diabetes mellitus.

Neuritis can cause weakness or paralysis and can be painful. The pain associated with neuritis is called neuralgia. Generalized neuritis affecting several nerves can be due to nutritional deficiency, alcoholism, chemical poisoning, allergies, and viral or bacterial infections. Usually the symptoms of neuritis subside when the cause is resolved.

Sometimes neuritis affects a specific nerve. Pain or partial paralysis along the course of the affected nerve could be the result of disease or pressure on or injury to the nerve.

Homeopathy is one of the most popular holistic systems of medicine. The selection of remedy is based upon the theory of individualization and symptoms similarity by using holistic approach. This is the only way through which a state of complete health can be regained by removing all the sign and symptoms from which the patient is suffering. The aim of homeopathy is not only to treat neuralgia but to address its underlying cause and individual susceptibility. As far as therapeutic medication is concerned, several remedies are available to treat neuralgia that can be selected on the basis of cause, sensations and modalities of the complaints.  For individualized remedy selection and treatment, the patient should consult a qualified homeopathic doctor in person. There are following remedies which are helpful in the treatment of neuralgia:

Hypericum – a very useful reedy in injuries to the coccyx during labor. Ascending neuritis after a fracture or any form of traumatic neuritis; injuries to the nerves and parts rich in nerves, as the ends of the fingers and toes, or in open wounds that are exceedingly painful, it is eminently suited. Great nervous depression and loss of blood from lacerated wounds. Darting pain in shoulders. Pressure along ulnar side of arm. Cramp in calves. Pain in toes and fingers, especially in tips. Crawling in hand and feet. Lancinating pain in upper and lower limbs. Neuritis, with tingling, burning pain, numbness and flossy skin. Joints feel bruised. Hysterical joints. Tetanus (Physost; Kali brom). Traumatic neuralgia and neuritis.

Arsenic album – it is a powerful remedy in neuritis and its best field seems to be in multiple neuritis of a severe type, with the characteristic symptoms of burning worse at night and relief by heat. It will suit specially the broken down constitutions, anaemic conditions and irritability so often accompaniments of multiple neuritis.

Belladonna – sciatica due to inflammatory neuritis, worse from touch. Motion, jar, better from rest, sitting erect and warmth; with rush of blood and face.

Aconite
In simple neuritis acute stage, caused by exposure to cold, Aconite is the only remedy needed when applied early. The numbness, coldness, tearing pains, nightly aggravation, with mental anguish, will indicate the remedy. Numbness and tingling; shooting pains; icy coldness and insensibility of hands and feet. Arms feel lame, bruised, heavy, numb. Pain down left arm. Hot hands and cold feet. A state of fear, anxiety; anguish of mind and body. Physical and mental restlessness, fright, is the most characteristic manifestation of Aconite. Acute, sudden, and violent invasion, with fever, call for it. Does not want to be touched. Sudden and great sinking of strength. Complaints and tension caused by exposure to dry, cold weather, draught of cold air, checked perspiration, also complaints from very hot weather, especially gastro-intestinal disturbances,

Arnica
This remedy seems to have a selective affinity in relieving terminal nerve pain and the soreness and bruisedness will be the indications. Many observers think it all sufficient in neuritis. It it fails some resort to Bellis perennis, which is very often curative with intense nerve pains and great soreness. O’Connor and Butler recommended it highly. It also suits, as well as Arnica, traumatic cases.

It is especially suited to cases when any injury, however remote, seems to have caused the present trouble. After traumatic injuries, overuse of any organ, strains. Arnica is disposed to cerebral congestion. Acts best in plethoric, feebly in debilitated with impoverished blood, cardiac dropsy with dyspnśa. A muscular tonic. Traumatism of grief, remorse or sudden realization of financial loss. Limbs and body ache as if beaten; joints as if sprained. Bed feels too hard. Marked effect on the blood. Affects the venous system inducing stasis. Echymosis and hćmorrhages. Relaxed blood vessels, black and blue spots. Tendency to hćmorrhage and low-fever states. Tendency to tissue degeneration, septic conditions, abscesses that do not mature. Sore, lame, bruised feeling. Neuralgias originating in disturbances of pneumo-gastric. Rheumatism of muscular and tendinous tissue, especially of back and shoulders.

Rhus toxicodendron
In the traumatic occasionally, but more especially in the rheumatic variety is Rhus curative. It has tearing, drawing and shooting pains. Exposure neuritis –or that due to over exertion coupled with exposure finds in it a curative remedy. It also suits the gouty form. General Rhus symptoms such as amelioration by motion and aggravation from coldness and dampness will prevail. Elliott finds Ferrum phosphoricum and Kali muriaticum the best remedies in rheumatic neuritis.

Cimicifuga
Alcoholic neuritis will frequently indicate this remedy. Ledum and Plumbum are also remedies for the alcoholic variety, and the latter is especially indicated in cases where atrophy appears, no matter what the variety.  Its muscular and crampy pains, primarily of neurotic origin, occurring in nearly every part of the body, are characteristic. Agitation and pain indicate it. Pains like electric shocks here and there. Spine very sensitive, especially upper part. Stiffness and contraction in neck and back. Uneasy, restless feeling in limbs. Aching in limbs and muscular soreness.

Anantherum muriaticum
Has cured root neuritis and Thallium should be studied here. Carburetum sulphuris has been used successfully in neuritis, especially in the sciatic variety. 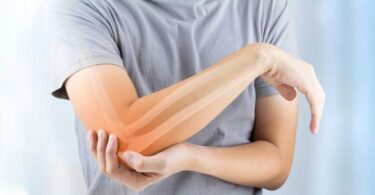