Drs. Jaya Gupta and Deepti Dewan present a case of Urolithiasis in a male of 20, who was treated with Sepia. The patient’s mentals, including jealousy, helped select the simillimum.

Urolithiasis is a common surgical condition accompanied with much pain and anxiety. Homoeopathic medicines have shown a wide role in handling cases of urolithiasis. This case of urolithiasis is treated according to holistic principles of          homoeopathy i.e. single,      simple and minimum dose. Sepia 30 and Sepia 200 helped in expulsion of the stone with no side effects. The purpose of this report was to document the usefulness of the homoeopathic medicine “Sepia” in curing a particular case of urolithiasis, following the well-designed protocol.

The criteria chosen for working out the case in this study is as follows:

The reason for the selection of several data collection modes (subjective clinical observations, scoring system and pathological test) was to more systematically and reliably evaluate the usefulness of homoeopathic therapy for patients suffering from urolithiasis.

The patient selected for this study was screened at the O.P.D of Regional Research Institute (Homoeopathy), Jaipur (first verbally, then written). He was enrolled after signing an informed consent agreement. Assessment at baseline and fortnightly assessment in-person for full clinical evaluation were done with the help of the scoring form cited below.

The patient screened from O.P.D with the following inclusion         criteria:

Once the patient was successfully screened, informed consent was signed and he was sent for investigatory procedures along with complete case history (presenting complaints; including location, sensation, modalities and concomitants, history of presenting complaints, family history, past history, treatment history, physical and mental generals). Simultaneously the patient was quantitatively assessed as per the baseline form mentioned above.

Mr. H, is a 20 year old male student, unmarried, with a diagnosed case of urolithiasis having renal calculi of 5 mm in the middle calyx of right kidney and a calculus of 5 mm at UV junction of left ureter showing  mild           hydronephrosis, mild hydropelvis, mild hydroureter with      severe pain,          nausea, cramps in abdomen, came in the OPD in Oct’07 (after taking Allopathic treatment), at Regional Research Institute for         Homoeopathy,     Jaipur (Regd no.- 2356/07).

The patient presented with:

Patient comes from a very well to do family. His childhood was good and uneventful. He was a much pampered child in his family. He is very much concerned about people’s rights and justice. He has a great fear of injury as he can’t go for the blood test and any other surgical process for the removal of the stone. He says that his friends eat the same foods that he does and nobody has this calculus problem. He is not happy with his friends’ healthy status. He feels that he is lacking a healthy state as compared to his friends.

The patient has a great desire for apples and has profuse perspiration on soles and palms.

On examination it was found that he has fair complexion, obese body build, weight 74kgs, and height 164cms. On palpation there was a deep tenderness on left lumbar region.

Follow up of the patient was done periodically at fixed intervals as per protocol. A medicine, most similar to the totality of symptoms, is to be derived after analysis and evaluation of the case and framing of the conceptual image of the patient and conversion of his symptoms to rubrics and Repertorisation by CARA Repertory.

The Repertorisation Chart is given in Table -3. The prescription was based on totality of symptoms and repertorial analysis. The repertorial sheet shows that the mental picture of the  case is covered by SEPIA in a more complete form than any other drug. Mentals always rules over the particulars.

This case belongs to moderate intensity according to the baseline    scoring of the case which is designed for the protocol of the project.

The group of drugs arrived at are Calc 16/9, Nux Vom 16/9, Sulph 16/9, Sep 13/8. The repertorisation result is never the end of the search for the simillimum. The final court of appeal still remains the Materia Medica in deciding on a prescription. After the group of drugs arrived at by repertorisation, the mental picture was always an important objective and included in deciding on the prescription. Accordingly, drugs arrived at after repertorisation were shortlisted. Calcarea carb failed to be considered for prescription as the constitution of the patient and other generalities of the drug were not in favour of its prescription. Nux vomica was dropped from the list because of the lack of irritability and the lifestyle of the patient (fastidiousness, sedentary habits). Sulphur, the third one, was excluded because of the absence of the typical Sulphur personality.

The prescription for the case was Sepia 30, one dose, keeping in view that it covered the mental picture better than any other drug.      Homoeopathy does not consider numerical totality only, the mentals usually rule over the physical similarity. “Mental symptoms and emotional symptoms are of paramount importance not only when prescribing for mental and emotional conditions, but also when prescribing for physical        symptoms”1.  The mental symptoms reflect the deepest aspect of the patient who experiences them and the remedies which evoke them; in many cases     they take precedence over general and local symptoms, even when these have constituted the original complaints. When correctly selected and matched they can lead to a lasting cure2.  So in this case Sepia is the most suitable drug which covers the patient’s envy. In Sepia, this frequently lies at the root of      discontent.  He abstractly envies others for their good fortune and success3. Here the patient thought that none of his friends have suffered from same problem he is facing. They      all      stay   together, go out and eat same stuff but only he is the sufferer, so he was not happy with their good health. Sepia chronically worries that others have something        he lacks3.

Another prominent Sepia modality is the left sidedness of many complaints. In the occult sciences the left side has traditionally been     regarded as           pertaining to the emotions, the irrational and the unconscious, while the right side represents the intellect, rationality, and         consciousness. Thus, his         predominantly left         sided symptoms are yet another way suggest an imbalance of the emotional, rather than the     intellectual, sphere3.

The cure of the part should not be attempted without treatment of the whole. Plato stated that no attempt should be made to cure the body without the soul.

Every physical disharmony is accompanied by a change in the mental/emotional sphere and vice-versa. How then can any medical system

that views them as separate and which treats them separately, be effective?

regarded as separate but simply aspects of the ‘whole’1.

Therefore homeopathy, a holistic system, which always honours the body-mind connection, both in the case taking and in the choice of remedy. Its remedies are effective for, and simultaneously treat, both mental/emotional and          physical conditions, whether they appear to exist separately or together1.

The follow up of the patient was made and evaluation of the result was   arrived at by comparing the observation with the baseline assessment. During the course of follow up, the second Ultrasonography done on              25th Feb 08 , shows  a  calculus on the right side which came down to    UV    junction from right middle calyx, but the size given by the radiologist       8        mm . while in  earlier ultrasonography report was        5mm calculus in the     right middle calyx. Our consultant and radiologist are of the view that     this could be the error of judgment due to a different location; observation in the ureter is more accurate than in the  calyx.

The objective has been achieved to the extent that homoeopathic medicine in potency is useful for the expulsion of stones following the classical Hahnemannian approach. Symptoms of the drug Sepia upon which the prescription was made,    are confirmed and this reveals the fact that mind rules over the physical to a large extent.

Homoeopathic medicine in potency selected on the basis of the totality of symptoms has a useful role in expulsion of renal calculus. The spontaneous expulsion of stones of lower size has been ruled out as this patient continued under conventional treatment for more than 6 months without result. Only after homoeopathic treatment did expulsion take place.

This is the case which shows the unique action of Sepia in treating Urolithiasis on the basis of mental symptoms specifically. As far as the available homoeopathic literature is concerned, it is not mentioned that sepia can be used for the cases of Urolithiasis. So the conclusion is that homeopathic medicines are largely broad spectrum, capable of inducing healing in many kinds of diseases. Every patient requiring a particular remedy will not have all the indications of the remedy. Again, every remedy will not have all the symptoms of the patient. The attending   physician makes the selection of the remedy when he or she looks at the case    as a whole5.”

A Cured Case of Sepia 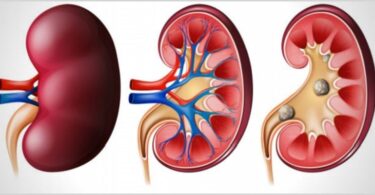 Dr. Deepti Dewan received her BHMS degree from Nehru Homoeopathic Medical College & Hospital, Delhi University, New Delhi. She is currently working as a Consultant in Central Council for Research in Homoeopathy, Ministry of AYUSH, New Delhi. Earlier, she had worked as a Senior Research Fellow in CCRH. Her research interest includes clinical research in the field of Homoeopathy. She has actively participated in clinical research conducted on chronic sinusitis, urolithiasis, psoriasis, vitiligo, ASOM by CCRH. She has research papers in International & National peer-reviewed journals. She has experience in handling research projects funded by the Ministry of AYUSH under the extra-mural research scheme.