Dr. Raksha Thakkar presents a case of depression in a woman of 35. The symptoms delusion of being injured, fear of being betrayed and cough at night were among those that led to the simillimum.

CASE – Female, age 35. She is deaf and so is her husband but her children have normal hearing.  She suffers from depression and chronic dry cough. The cough is  worse at night, constant, hacking and aggravated  lying  down. It is relieved by  sitting.  She is thermally chilly and uses a hot water bath in all seasons. Desires  covering.

History:  She has conflicts with her mother in-law. The in-laws stay separately  with the husband and children. She believes her husband and in-laws are plotting a conspiracy against her.  She was suffering from an acute episode of cough and asked her son to  get medicine but then feared he would you add something to it that might kill her.

Analysis  And  Evaluation  – Patient  believes her family is conspiring against her. As she is deaf, she vents her frustration by banging her head  against  the wall.

Mind -Delusion Poisoned He Has Been

Mind – Fear Betrayed of Being

Follow up after 15 days – Patient was still suspicious towards in laws plotting against her trying to harm her and she had mild hacking cough with disturbed sleep and felt depressed (Homeopathy for Depression), low mood, all gloomy.  Patient was counselled and guided towards a positive attitude in life.

Follow up after 15 days:  She was better with 80 % relief in the depressive thoughts, appetite improving, sound sleep and with a positive attitude. The relationships were improving with husband and in-laws. She started gaining trust, and now knew they are not the ones who would harm her.

Updates by phone monthly found that the symptoms had improved and she was kept on placebo for the next three months.  Sleep and appetite improved, religious activities were on, she took a bath daily. I advised her to read inspiring stories as part of management to help boost her confidence.

He reproaches others, and complains of injustice that he imagines has been done to him. He babbles out almost everything a sensible person would have kept silent about.  The Hyoscyamus patient uses these words frequently:

ADAPTATION -He gives respect to the doctor

Reverence for those around him (reverence=respect)

Hyoscyamus children are shameless, want to be naked, want to expose secret things about themselves. Do things to attract attention. If parents are talking with the doctor the child will continuously do something to get her mother’s attention. Not in favour of undergoing routine tests and investigations as it may bring more anxiety about the disease. Sometime talks as if in a debate with the  doctor.

Fear of injury (injury=harm in anyway)

Fear betrayed of being

Thinks that he is being injured by his surroundings.  Surrounding means people around him family, friends, colleague etc. Or nonliving things like atmosphere, dust, pollutions, food etc.

Thinks his wife is faithless

Jealousy between siblings, when newborn gets all the attention. Chronic Depression in a Woman of 70 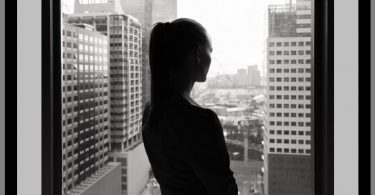 Clinical Depression in a Woman of 50

Depression in a Woman of 48

Dr Raksha Thakker BHMS, CCAH, has been in practice for16 years in Bombay at the Shree Ganesh Clinic. She is a trustee of the T.J. Education Society and Meena Maganlal Thakker Charitable Trust. Each year during Hahnemann Day celebrations she conducts various camps and seminars sharing successful cases with students.