One morning in the late spring of 2007 I was called by a friend who asked for my help. Her husband had suffered a severe attack of vertigo the previous night and was unable to do anything at all, including lying down, with severe nausea and vomiting.

The attack took them by surprise on the night before May 17th 2007. She heard her husband moaning and tossing during sleep; then towards the morning he was interrupted from his sleep, starting to vomit while in bed. He said to his wife he woke up from violent turning and whirling of the bed, not knowing where is up and where is down, feeling sick, finding it impossible to lie upon his right side because it increased his complaints.

This was the first time the wife had ever seen him like this. He had strong myopia, right eye worse; but she knew of no other ailments than pain in the throat from time to time and a headache from overexertion; from time to time watery stools.

The last few weeks he had been working very hard, being more irritable than usual and apparently had some worries about his clients. Usually he was sleeping on his right side. He was warm blooded but sometimes chilly, after a hard day’s work, as she had noticed. He enjoyed carbonated sweet drinks and lately energy pop drinks.

The patient was a 37 year old hard working legal freelancer, living with his wife and daughter in a fairly settled life. He had no harmful dietary habits, no alcohol drinking, did not smoke. Where his heart really lay however, was a bit out of his professional field. In every spare moment he was making and dismantling all kinds of devices and things, for which he had bought a variety of master tools; both the devices and tools were scattered everywhere around the house, to the dismay of his wife. He was full of ideas about some eco-friendly inventions but had not the time to see those done; he used to collect various bolts, screws, hooks, parts from stuff, broken pieces of metal etc,  and all those little things could be found everywhere, stored in case of need. He used to say that it’s good for one to have his things at hand, and he actually remembered the place of almost every little thing. He had a master-hand in repairing household goods and appliances, maintaining the plumbing and sewage system, the electric cables, switches, broken phones, the car.

His mother had been diagnosed with Meniere’s disease for more than 10 years. She was on chemical medications since then, having severe periodical attacks, each lasting several days.

When I arrived I found the patient in poor condition. I saw a tall man with fine physique, thin ankles and wrists, light complexion and grizzled, half black – half grey hair. He was very pale, lying on the bed, holding his head with his hands, as if trying to put it in its rightful place. He was constantly changing his position in bed from lying on his back to the left side, moaning and vomiting frequently. He was not able to rise from the bed without vomiting. When he tried to go to the bathroom he was almost crawling, strongly bent to his right side; so he looked as if he was trying to walk on his right hand and right knee, with not only his head bent to the right but also his entire body parallel with the floor to the right. This stirring around brought him more vomiting on his way to the bathroom and back. When he stood still in one position in bed, he was able to have conversation. He was answering my questions slowly, describing fairly accurately his sensations.  However bad he must have been feeling, he did not sound complaining.

According to Patient’s Words

Totally misbalanced; neither could stand nor sit, nor lie down without everything around him starting to whirl and shaking; the whirling and shaking was worse from quickly turning or moving the head and from lying on the right side (on either side actually but worse on the right). He actually wants to lie on the right side but finds it impossible and lies only on his left. Lying on his back is also impossible because then the head is low and again the whirling becomes aggravated.

VERTIGO – ACCOMPANIED BY – Ear – noises in

VERTIGO – LYING – head low; with the

VERTIGO – OBJECTS – turn in a circle; seem to – room whirls

VERTIGO – TURNED about; as if bed

VERTIGO – TURNING; when – head; or moving the – quickly

EAR – NOISES in – roaring – vertigo; with

The remedy which covered all complaints was Phosphorus. I prescribed it in 200C potency, diluted in water; it had to be stirred well and taken three times that day.

I also seriously considered Nux vomica. This remedy covered the most intensive symptoms of the patient – the whirling of all things around him, the sensation as if bed was turning, the tendency to fall sideways, the right sided complaints, the aggravation of the nausea on motion, the desire for stimulants, and the overall aggravation from mental exertion. However suitable for this case it seemed, some keynotes of Nux-v were contradictive to the case. The patient was usually warm blooded, not chilly. There were no sure points in the case history about him being hyper-sensitive to external stimuli. The work of his bowels was rather regular, he had never suffered from constipation.

I had to bear in mind Sulphur as a probable follow up remedy. It covered the mental pattern of my patient, as described from his wife; also the impressionable state of his emotions, the aggravation from standing, the general sensation of heat.

The most striking thing about this case for me was its unexpectedness and the depth of the affection in a person of good health. This total loss of balance with no apparent reason made me think of deeply acting remedies with affinity for the nerves and emotions. One of the main arguments in favor of Phosphorus was the patient’s words ‘I felt her emotions as if they were mine’; he felt her suffering deep inside. Of course, Phosphorus also covered all main complaints together with the specific features of this case, like the gone feeling in the head, aggravation of the whirling while lying on his back with head low and the desire for carbonated drinks.

Phosphorus interrupted the attack immediately. The remedy was taken at about 10 o’clock in the morning; after two hours sleep the patient had succeeded to reach the bathroom on his feet instead of knees. The vomiting had stopped. Still on moving and turning in bed he had a strong return of the symptoms of whirling and retching. Remedy continued, same manner.

The patient came to me alone. He was feeling tired, didn’t have much appetite; occasionally, when he made quick movements of his head he experienced short attacks of vertigo. No nausea. His ears were roaring less intensely and not all the time, but he found out his hearing was impaired. He could not hear the high tones from the register with his right ear, and there were some hissing noises mixed with the other tones. Remedy stopped.

Much better with the balance. No attacks of vertigo. He is back to work now. Noises in the left ear are almost gone, in the right ear without much improvement. Hearing with the same ear still impaired, still hissing noises. Single repetition of the remedy, same potency.

He had been very well last week, no vertigo, no weakness, still impossible to sleep on his right side. Rather calm but has grim look. Hearing is not ameliorated. Same remedy, higher potency; Phosphorus 1M, a single time.

My patient looks distracted. He says he has no vertigo but acknowledges that some short-lasting instability while standing happened a few times in the past months, all of them followed by total weakness and need for sleep. Appetite is normal, he has put on some weight; he sleeps well but still prefers his left side out of fear that the horrible incident may happen again; sometimes he sleeps on his back. With his right ear he still cannot hear the high tones of my voice. No noises in ears. The itching had disappeared. He says he is calmer now, nothing disturbing with his work.

I took the whole case again. Bearing in mind the relapses of the main complaint, the general and local aggravation from standing, and the lack of sufficient reaction as far as his hearing was concerned, I prescribed Sulphur 1M, one dose. This prescription was based also on the peculiar pattern of the patient’s most desired occupation outside his regular work.

I hadn’t seen my patient in person for almost two years. He had no more attacks of instability and his hearing had improved. I gave no remedy. Last time I consulted him was in the summer of 2011. He was alright, had no vertigo. His was hearing ‘well enough’, as he said, with both ears. A Case of Atypical Rosacea “I Felt Like A Slave” 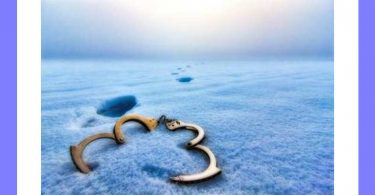 Freedom of Choice – Balance in Medicine Tsvetana Kodjabasheva studied Classical Homeopathy at the Bulgarian Homeopathic Society and has been in private practice since 2007. She also trained at the summer homeopathy school lead by Dr. Farokh Master in Bulgaria for five consecutive years. In 2013 she created the Homeopathy Unbound website in Bulgaria, publishing personal insights about Homeopathy. “My energy and skills are put towards raising public awareness about homeopathic medicine in Bulgaria. I’ve worked as homeopath since 2007, supporting and promoting Classical Homeopathy to become an official medicine in my country. I have persevered in translating and publishing articles from old magazines, excerpts from classical homeopathic sources and personal insights about homeopathy in my native language (at http://homeopathyunbound.com). As of the summer of 2016 my translation of the Complete Repertory© by Roger Van Zandvoort in Bulgarian language is at the disposal of Bulgarian homeopaths. As of the end of November this year, my translation of Hahnemann’s “Chronic Diseases” was printed as paper edition, after being accessible for free reading online, since Feb 2014. My belief is that only by unremitting efforts put into practice and research will Homeopathy be lead out of its obstructed place for the benefit of all.”