A short stout woman, dark hair and eyes. She had worn a Hodge pessary for a year. She was unable to be about at housework, without the pessary. I removed the pessary and informed her that she would need to visit my office every day for a week or so.

She was given Sac. lac., and every day I noted symptoms, until at the end of a week I believed I had the symptoms that expressed the individuality of the disease. The most marked feature was her mental state. The remedy that would cure this case must have mental symptoms of prominence in its picture.

She complained of a wild feeling in the head, and feared she would lose her reason: Lil-t.

Bearing down in the pelvis as if the uterus would protrude : Sepia, Lil-t.., Murex, Natr-m., Nux-v., Puls, Podophyllum and others.

She must press on the vulva with the hand to prevent the parts from protruding : Lil-t., Sepia, Murex.

There were some flying pains going through the pelvis and down the thigh like those found in Lil-t.

She had then improved so much that she had walked over to the Zoological garden, which she had not undertaken even with the pessary in situ.

She was sent home with a few powders of Lil-t. 200, to use as per instruction, viz., to be used when she felt a return of the difficulty.

One year later she wrote me that she had taken one of the powders, and was keeping the others with great care. For this last case I was presented with a check for $50 over and after the full payment for my services. The husband said it was the cheapest doctor bill he had been called to pay.

One gynecologist had receipted a bill for $200, and this was but a small part of the “sick expenses.”

It may not pay as well to practice pure homoeopathy, but it is the honest way.

Mrs. H. has had several children; she is about thirty five years old; she has always had much difficulty with all her confinements. The last one was comparatively easy, and yet it was tedious, owing to an elongated cervix. With the first she had an abscess in the mammae (r) and it was badly treated, so that the cicatrix has always been a source of trouble. Preparatory to her last confinement I prepared her as best I could, guided by her symptoms.

The child is now some two months old and she is suffering with a hard lump in the right mamma. When I first observed the threatened trouble after the milk began to form, she took Graphites without benefit; also Phytolacca, but only temporary relief followed.

The milk mostly dried up and she now has a nodular lump with retraction of the nipple, and there are lumps in the axilla; she complains of burning and stinging in the lump and her menstrual flow has come on. She says she has always menstruated during lactation. The flow is dark and clotted; when she goes to sleep she perspires freely; she seems greatly prostrated after a moderate loss of menstrua; she is somewhat cachectic.

Neither of the last remedies correspond to the balance of the symptoms. But it will be seen that Carbo-an. and Phosphorus cover the case, and the menstrual flow, which is dark and clotted, is not so characteristic of Phos, as Carb-an. The exhaustion after the flow is more marked in Carb-an. than in Phosphorus, though both have it in a marked degree.

“The flow weakens her; she can hardly speak; blood dark; (Guiding Symptoms) under Carb-an. Carb-an. 3m, one dose dry was administered.

Four weeks, burning and stinging all gone; glands in axilla nearly gone. After the dose the cutting pains became worse for a few days. Medicine repeated in thirty nine days. The lump has disappeared.

Mrs. K., a married woman 28 years old, came to me from the country with what a gynecologist had called a prolapsus. She was a tall, slim woman, otherwise in good health. She was wearing a Hodge pessary. She could not walk or stand long without her “ring.” She came to the office in a carriage. I removed the ring and gave her Sac. Lac.

At the end of a week I had noted the following symptoms :

The urine passed slowly, and she must wait a long time for it to start : Sepia., Lycop., Arnica, Hepar., Zinc, Cann-ind.

She was greatly constipated, and always felt a lump in the rectum, even after stool : Sepia

She complained of a hungry, empty feeling in the stomach : Sepia, Murex., Ignatia Hydrastis and many others.

She always had a bearing down in the pelvis, as if the uterus would issue from the vagina : Sepia, Murex, Lil-t., Nux., Natr-m., Pulsatilla, etc.

She must press on the vulva with a napkin for relief : Sepia, Murex, Lil-t.

She often crosses her limbs to prevent the uterus from escaping : Sepia

It is three years since this case called, and she has never needed a physician since. She was an invalid before. The one dose cured her. 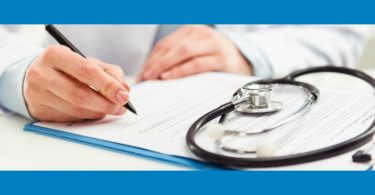