Dr. Fatima shares a case of viral pneumonia in a man of 38. Three remedies were needed in succession to resolve the case. (CCHM Student Presentation)

Mr. S is a 38-year-old male who came to me with chief complaints of fever and headache in early February 2020.  This was also the time when COVID-19 cases were on the rise. The patient reported that while he was in his office in the city, he was exposed to a person who was coughing violently. ‘We were in a small space and I’m quite sure I’ve caught what she had. A couple days later, as I was tending to the front yard of my house, I started to feel the headache gradually come on. I was feeling generally dull and fatigued, so I decided to lie down on the couch. My wife checked my temperature and told me that I was running a mild fever of 38 degrees Celsius.”

Tell me more about the Fever.

The fever is between 38 – 39 degrees Celsius. I’m feeling cold and chilly. I want to be covered up and I want warmth.

Tell me more about the headache

The headache is continuous with pain like a sensation of pressure. The pain is right sided with a feeling of constriction on the head. There is also a feeling of heaviness in the head. I am unable to stay standing, so I decided to lie down and rest for a while. Resting makes me feel a bit better but not completely.

Here I made a note that the headache was associated with a general prostration. And I continued to investigate – Is there any thing else?

Yes. I have a burning sensation in my eyes with the headache. It is more in the right eye and it is a little better when I close my eyes. I have no trouble with my vision. Generally, I just feel terrible and I have a feeling that I am seriously unwell. I feel extremely fatigued and exhausted.

I was able to confirm the symptom of general prostration that I noted above. Any cough or runny nose?

No runny nose but I do have a cough.

Tell me about the cough?

It’s a dry cough. It feels like the beginning of a throat infection. Its an irritating cough because I cough, and nothing comes out. There is tickling and irritation in my throat from the cough. The cough is continuous but that happens only on and off.

The patient reported that he had no complaints in the ears, nose, and chest. In the stomach and abdomen there was nothing to report except for mild constipation, which the patient mentioned was a chronic issue. Urine and bladder were normal.

What temperature do you normally prefer?

Normally I’m warm blooded and I prefer cooler temperature, but the cold hurts me. My joints are sensitive to cold weather, especially cold air. I get pain in my finger joints on both hands and in the right knee from cold exposure. Cold weather and cold wind hurt me. I enjoy it when it’s raining, and the weather is damp.

I feel it is increased. My throat feels dry and I’m very thirsty especially on waking in the morning.

What about your sleep?

Sleep is not good. I’m very restless and sleep itself is disturbed. I don’t know why but I’m terribly restless and anxious at night. I wake up in the morning not feeling refreshed at all. All I feel is fatigue and exhaustion.

Any fears or Phobias?

Not really, I just feel very anxious about my health

Any thoughts coming to your mind?

His wife reported ‘He doesn’t want to be bothered or disturbed, he wants to be left alone. He is irritable and keeps saying ‘I’m not well, don’t disturb me, just leave me alone’. He seems to get angry and irritated easily. He feels like he is seriously unwell. He is very irritable and anxious about his health. He has talked about death and dying a couple of times.’

Anxiety about one’s own health, anxiety with irritability and anger is typical of Arsenicum album. Chilliness as well is characteristic. Keeping the totality of symptoms in mind, the prescription of Arsenicum album was justified.

Prescription – Arsenicum album 200C, 2 pills dry, every 2 hours, till fever and headache subside. I asked the patient to update me on his progress the very next day. I also advised the patient to practice self-isolation as much as possible. To drink plenty of fluids and take plenty of rest.

The patient contacted me to let me know that he was doing well. After 4 doses of Arsenicum album 200C every 2 hours, the fever subsided, and the headache was gone as well. Aside from some mild general fatigue he said that he was feeling well.

Prescription –3 more doses of Arsenicum album 200CH for another day. I told him to continue with self-isolation, good hydration, and plenty of rest and to follow up with me as needed.

The patient asked for a consult for a persistent cough, chilliness, and general malaise.

Tell me more about the cough

It’s a dry cough. It is persistent and continuous throughout the day. It’s very irritating because I keep coughing and nothing comes up. I feel like I must cough deeper for something to come out. When I cough, I get some pain on my left rib cage area.

Tell me more about this pain

I feel the pain occasionally. I feel it more on exertion. I don’t have any trouble breathing.

I feel extremely chilly all the time, even in a warm room. I feel the need to layer up more than I normally do. The slightest cold affects me greatly. I cannot tolerate even the least cold draft.

I feel very weak and exhausted all the time. If I exert myself even a little it exhausts me a great deal. I feel the need to rest and I feel like I have no energy.

How is your thirst?

I feel very thirsty. My mouth is terribly dry and parched. When I wake in the morning, I need to drink water first thing. I feel my thirst is not quenched even after drinking lots of water. I’m thirsty for room temperature water. I also feel like my sense of smell and taste are gone. I cannot taste anything that I eat, there is no flavor. Same thing with smell, I cannot smell anything.

I highlighted this symptom in my notes as it was commonly found in cases that tested positive for SARS-CoV-2 infection. And then I asked about his emotional state.

Assessment – I communicated to the patient that there was a possible infection in the lungs (pneumonia) with mild fluid collection (pleural effusion) in the left lower lobe. I advised the patient to visit the ER and get a Chest X-ray. He was apprehensive due to recent developments with COVID-19 and concerns over being quarantined. He preferred to self-isolate and consult with his GP over the phone. The GP gave him advice for supportive care and advised him to got to the ER if his symptoms got worse.

It was clear from the follow up that the infection had settled in the lungs, specifically in the lower lobe of the left lung. Here again, considering all the physical symptoms and the mind symptoms, Causticum appeared a well-suited remedy. It was striking to see that the patient’s mind, even in his own ill health, was thinking about the injustice done to the victims of the plane crash that had happened a few weeks ago.

Kent says, ‘Causticum has cured mental aberration of the passive kind where the brain has become tired. The constitution has become broken down with suffering and trouble and finally the mind can no longer coordinate, and it is in confusion.’ Kent describes perfectly the extreme fatigue and malaise that is evident in this case. Margaret Tyler says, ‘Causticum has intense sympathy for the suffering of others.’

Prescription – Causticum 200CH, 2 pills dry, 4 times a day, for 2 days. Follow up was advised after 2 days. Again, I advised the patient to continue good hydration, rest and to self-isolate as much as possible.

I am feeling much better. I feel like I have much more energy now. The cough is much better. I will cough only a few times during the day. It is still dry but its not irritating or persistent as before. I have no more pain in the region of the left lower lobe.

Here I proceeded to examine the lungs and I found clear breath sound on both sides with very minimal fine crepitations in the left lower lobe. It was clear to me that the prescription of Causticum 200CH had worked wonderfully and brought the infection under control.

I’m not chilly anymore, rather I feel hot at night in bed and I need to take my clothes off. I also throw off the blankets. I start sweating as well. The sweat has no odour, and it does not stain. I just feel hot and then I start sweating and it disturbs my sleep.

Also, I cannot fall asleep until later in the night, almost after midnight. When I do fall asleep, my sleep is disturbed because I feel hot and I start sweating.

How is your thirst?

Normal now. My mouth is not dry and parched anymore.

How is your emotional state?

His wife reported – He talks about and wants to travel. He is having impulsive ideas, for example he talked about just dropping everything to go travelling and sight seeing. He is having a sudden impulse and desire for adventure. His romantic tendencies have also increased. He is not irritable and angry anymore, rather he is being very compassionate and romantic.

Assessment – It was clear to me that the prescription of Causticum 200CH had gotten the infection under control and the patient was improving in all aspects. I did feel the need to continue the remedy for 4 more days to ensure complete healing. I also analysed the new symptoms that had developed and below are the rubrics I identified –

The shift of the mind symptoms from irritability, anger and moroseness to a romantic nature with a desire for change, travel and adventure is striking and remarkable. It is also highly characteristic of Tuberculinum. Morrison says, ‘The Tuberculinum patient is known for his inner discontentment, romantic and longing nature, and constant need for change and travel. There is a sense of ennui and boredom with the mundane routine of life.’ He says, ‘We especially think of Tuberculinum when there is strong history of respiratory illness.’

Leave a gap of 1 day and take Tuberculinum 200CH one dose only. Follow up was advised as needed.

The patient connected with me to let me know that after completing his prescription, he was doing very well. All his symptoms had cleared out and he was feeling like his energy was back up again. He was feeling mentally and physically strong and able to focus on his work again.

I concluded that the infection had cleared out, health had been restored, and no further treatment was needed. 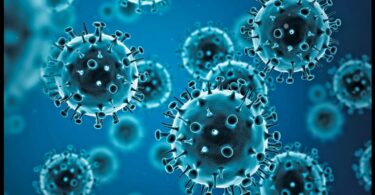 Fatima Kazi is a medical doctor (MD) trained in Dubai, UAE. After suffering with health issues for many years she found true healing with homeopathy. She went on to study at the Canadian College of Homeopathic Medicine and became a practitioner of classical homeopathic medicine. Through time and experience she learned that awareness, education, participation and commitment are key factors in a person’s road to recovery and health. She works to educate her patients about homeopathy to ensure that they are wholly involved and understand every step of the treatment and healing process. She is also working towards conducting seminars and webinars.