Dr.Sameer Pookkayil presented a case of Vitiligo in a Man of 42

He spoke little during the case taking session but his few statements that struck me were:

Observation: He is a quiet person who talks minimally. His memory is very active. His conversation revealed a suspicious nature as he always washes vegetables before cooking, more than required, thinking  “It’s possibly contaminated with poison.”

His version: He loves everyone. He also made a statement that being a driver, he is constantly mingling with many people including Vitiligo patients, hence if he gets cured, he will refer others with similar suffering to me.

Wife’s version of him: He is too affectionate, to the extent that, during the time of near one’s family visits he takes leave on that day (It is unusual in Kerala). She feels he has a lazy nature too.

Rubrics Selected and Reason for Selection:

Line of treatment – First to arrest the progress of disease then to extinguish it completely from the physical plane and mental plane.  The patient visited me at an interval of every 14 days. He started to get a positive progression after 5 months of treatment. Within 3 years of treatment the remedy was repeated 10 times with 200th potency and at last Hyoscyamus Niger- 1 M/  1 dose was given to seal into a complete cure both physically and mentally.  His mental symptoms remarkably changed, such that his suspicious nature about the vegetables went away. Also his laziness changed and he became industrious. Now he is living with his family, referring many cases of vitiligo, as he promised me. 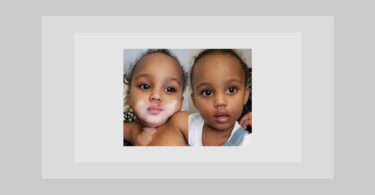 Dr Sameer Pookkayil - BHMS, is the Director and Chief Physician at ‘Pookkayil’s Homeopathy’ a chain of 5 clinics, with 12 staff and more than 25 students. He is from Malappuram, Kerala, India and has been practicing classical homeopathy for the past 11 years. He was honored by the Education Minister of the state for serving society, delivering lectures to doctors through state level seminars and global expansion of homeopathy. He received a token of appreciation from Dr. George Vithoulkas amidst the 2017 lectures when in Greece, for the astonishing cures he had manged. Dr. Pookkaylil was motivated from his youth to transpose his clinic to a Multispecialty Hospital, due to the sheer need in the society.