Alan shares a pun on how Advertising Standards Authority in UK works!

Imagine if you were the Advertising Standards Authority (ASA) in the UK and your mission was to judge the honesty and accuracy of all advertising, including claims on millions of websites. Of all the ads you see and hear every day, which one would you single out to critique and censor?

Would it be the pharmaceutical ad depicting patients with crippling arthritis playing tennis after taking their drug? Would it be the oil company that just polluted your fishing waters, saying they are stewards of the environment? Perhaps you would choose the Nuclear industry claiming their leaking plant poses no danger to the public? Or, maybe you would pick the Biotech company saying their GMO foods are perfectly natural.

Actually, if you were the real Advertising Standards Authority, you would go after ….the little Society of Homeopaths!  What greater threat to society?

We decided to interview C. Farma, the secret expert from the ASA, who made the decision.

Hpathy: Why did you single out the Society of Homeopaths?

C. Farma:  They dared to suggest that homeopathy could treat disease.

Hpathy:   I see, helping real patients isn’t as good as studies. But homeopathy also has many RCT’s proving it works.

C. Farma:  Those don’t count either. If you prescribe different remedies for patients with different symptoms, the ASA doesn’t consider that evidence.

Hpathy : But prescribing  based on a person’s symptoms is how homeopathy works!  So this means that homeopathy and most holistic therapies can never pass the ASA test of validity?

Hpathy:   So there’s no way homeopathy can win here? All that’s left for people who get sick are pharmaceutical drugs with deadly side effects.

C.Farma:   I’ll tell you what I’ll do.  I’ll toss a coin to see if homeopathy is allowed to make any claims.

We thank our readers from around the world who submitted 164 stories to the first Hpathy International Homeopathy Short Story Contest.  The results of the contest will be announced in the August issue of Homeopathy for Everyone.

Our interview this month is with Mike Bridger, Principal of The Contemporary College of Homeopathy (CCH) in Bristol, U.K and co-director of The Orion Postgraduate Training Course held annually in London.  Practicing for 30 years, he’s taught at most colleges in the U.K, as well as in Ireland, the U.S.A, Iceland, and Finland.  CCH also presents articles on their college clinic, on susceptibility and on Carcinosin.

As always look for The Plant Doctor with Mark Moodie, case quizzes from Elaine Lewis and Dr. Amarsinha Nikam, Tips and Secrets and a new Cartoon and Crossword puzzle.  We welcome your cases, articles, comments and questions.  Send them to us a [email protected] 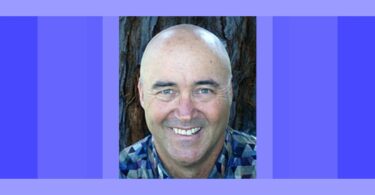