Who is truly scientific?

In Australia, a group of doctors and so-called scientists is demanding that government funded universities stop offering homeopathy, chiropractic, Chinese herbal medicine, naturopathy and other healing modes. They miss the paradox of calling themselves scientific while censoring ideas. These skeptics are promoting the big lie that drugs are the answer and pharmaceutical research is scientific. If allopathy were ever held to a standard of healing and safety, it would cease to exist.

The group’s refrain is the familiar one about placebo effects vs evidence based medicine (EBM). Such critics could start by reading this issue of our journal, with Irving Kirsch’s study of antidepressants. Those “evidence based” drugs, for which millions of prescriptions have been written, and whose side effects have caused untold suffering, were found to be no more effective than placebo.

The critics should also read our article by Steve Hickey and Hilary Roberts, who crunched the numbers to show that Evidence Based Medicine results in neither good evidence, nor good medicine.

The skeptics should also examine the recent 300 page report on homeopathy by the Swiss Government. This exhaustive seven year study is the most in-depth review of homeopathy ever conducted by a government. The Swiss team evaluated all the research from double-blind and placebo controlled trials, actual clinical effectiveness, safety and finally, cost-effectiveness. The study authors concluded that homeopathy is effective, sometimes more so than conventional treatment, free of side effects and economical. They recommended that homeopathy be covered by Switzerland’s national health insurance program. (for Dana Ullman’s review of the Swiss study : http://www.huffingtonpost.com/dana-ullman/homeopathic-medicine-_b_1258607.html )

Lastly, the critics should study Hpathy’s archive of hundreds of cured cases, to learn what real healing is about.

Our Hot seat interview is with Homeopath Dr. Samuel Flagler. He and his wife Lila, also a homeopath, have been practicing in Tuscon Az for three decades. They both possess numerous skills and use the cutting edge of homeopathy. Dr. Flagler shares his insights into some difficult issues in homeopathy.

In addition to Claudia De Rosa’s cases, we have cases solved classically and also using Sensation. The cases are from Urvi Chauhan, Edmund Carleton (who saves a leg with Coffea), Anita Salunkhe, Kieran Linnane and Tatiana Veselovskaya.

Among the many articles this month: A marvelous introduction to Boenninghausen’s Pocket Book by Keith Wilson, Psora and its relation to treating animals, by Richard Pitcairn, Evidence Based Medicine by Steve Hickey, Irving Kirsch’s study of antidepressants, Blinding the Remedy by Reza Sharifi, Imponderabilia by Ruhul Amin and Biplab Chakraborty, Examination of the Patient by H.N. Guernsey.

You’ll find veterinary cases from Edward de Beukelaer and Jacques Millemann, and an article on poultry from Boericke and Tafel.

There are more cases and articles, along with Elaine’s famous quiz, the Plant Doctor (send questions!), Tips & Secrets, and a new crossword and cartoon. So pull up a comfortable chair and enjoy the feast. As always, send your comments, questions, articles and cases to [email protected] 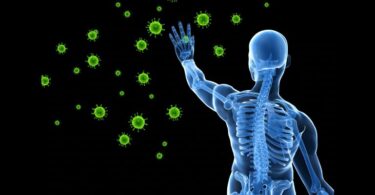