Dr. Gert Schuitemaker discusses the risk to health freedom of new laws restricting the use of food supplements.

“The risk of mortality as a result of a food supplement use is 80 times smaller than from lightning. “

Introduction: “It can’t happen here” qualifies for top placement on the all-time list of famous last words. The United States still has, for now, over-the-counter access to nutritional supplements. But no one who reads newspapers, watches televised news, or leafs through a magazine can miss the preponderance of negative reporting on vitamins. As OMNS continues to counter such misinformation (this issue is the 145th), we take a look at the real “risks” of dietary supplements. Readers may wish to keep in mind what Dr. Abram Hoffer famously said: “All attacks on supplement safety are really attacks on supplement efficacy.” If supplements are vilified, they can be made prescription. If they are prescription, costs will go up and access will vanish. – Andrew W. Saul, Editor

(OMNS Oct 16, 2012) A recent study explains that the risk of mortality from taking food supplements is far lower than other risks like smoking, pharmaceutical adverse drug reactions, cancer, and even dying from a lightning strike. [1] This important new information is relevant to recent food regulations in the European Union (EU) that are supposed to make commercially sold food supplements safer. The study shows that the belief that food supplements are dangerous is mistaken.

The Codex Alimentarius was established In 1963 by the Food and Agriculture Organization of the United Nations (FAO), the World Health Organization (WHO) and later the World Trade Organization (WTO) as an international standard, with guidelines and codes of practice for the sale of food products, including food supplements.[2] In the natural health community, the Codex is considered a threat to freedom of choice and purchase of food supplements because it stipulates what doses of supplements can be sold and what wording may be used in advertising and packaging.

The Codex has not been adopted by the United States, but within the EU, it was signed into law in 2002 with the adoption of the European Food Supplements Directive. This set of regulations restricts the free choice of consumers when purchasing food supplements. To more fully appreciate this issue, it should be understood that compared to the United States, the EU is highly socialized and regulated. Acceptance of such rigid legislation by policy makers and politicians is easier in Europe than on the other side of the Atlantic. But giant food corporations are lobbying for similar limitations in the USA. Thus, the Codex Alimentarius and the EU legislation are considered a likely template for exporting this type of food regulation to the rest in the world.

This type of food legislation is designed to protect every citizen of the EU from suspected risks, even those imagined to be related to taking food supplements. Thus, if a dietary supplement does not have “scientific evidence that it is not harmful,” it is treated as harmful until proven otherwise. . On first thought, many of us would expect that the government has a moral obligation and an implied mandate to research such risks and impose such precautionary laws. However, this paralyzing “dangerous until proven safe” logic recently drove the EU committee in charge to deny claims that water treats dehydration and prunes treat constipation, because there was not enough scientific evidence to make these claims! [1]

Threat to freedom of health

The implementation of the European Food Supplements Directive is imminent. As of December 14, 2012, health claims made on food supplements must be authorized by the European Food Safety Authority (EFSA), based on a very rigid and restrictive set of rules. Of the 4000 claims submitted so far, only about 220 have been accepted. For example, the regulations forbid the use of terms such as ‘energy’ for coenzyme Q10, ‘antioxidant’ for quercetine, and ‘probioticals’ for probioticals on supplement labels. The reason is that the law considers these terms to be unfounded claims of health benefits.

This EU legislation is in opposition to the wishes of consumers who want to take responsibility for their own health. Citizens worldwide fighting for freedom of choice should take note, because the template for global implementation has been set in motion with nothing to stop its assault on your health freedom. In response to this insidious threat, the Alliance for Natural Health International compiled a chart that quantifies the risk of mortality from various causes within the EU.[1] Results of the ANHI risk study

Taking your daily food supplement in the EU is one of your safest daily activities. Even getting fatally struck by lightning is a bigger risk. The risk of dying from preventable medical injuries in hospitals is 350,000 times greater. The European authorities meant to impose precautionary legislation to protect the EU citizen against the risks they imagined, but in fact their prejudice favoring large food corporations is shown by the risk chart. Food supplements are very, very safe. The Codex Alimentarius is considered by many as an imminent threat to the freedom to take the food supplements of citizens of the US. Unfortunately, like the food legislation in the EU, it is currently being considered as a template for legislation worldwide [3]. This most definitely includes America.

The Alliance for Natural Health International is a non-governmental organization promoting natural and sustainable approaches to healthcare. ANHl campaigns across a wide range of healthcare fields, including the use of herbal products and essential nutrients in adequate doses. http://www.anh-europe.org and http://www.anh-usa.org 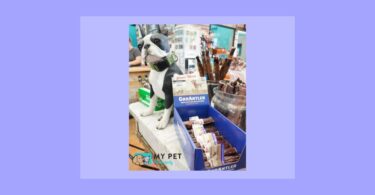 Deserving Pets gives you the scoop on supplements Dr. Gert Schuitemaker trained as a pharmacist and then completed his PhD in medicine at University of Maastricht. He is the founder of the Ortho Institute in the Netherlands, which publishes Orthomoleculair magazine for health professionals and Fit mit Voeding ("Fit With Nutrition") for the public. He is also Director of Ortho Communications & Science, a publishing house focusing on orthomolecular medicine. Its publications include books, magazines, and written courses. The publishing house also organizes conferences and workshops. Dr. Schuitemaker has published several books and more than 300 articles.) Visit his websites:
orthoeurope.com ,
schuitemaker.com &
twitter.com/gschuitemaker