Jane, are you ready for Part 2 of our inquiry into your new book, Dreams, Symbols and Homeopathy? Are you ready for more challenging, and in-depth, probing questions? I was afraid of that. All I have are the ones I made up. So, brace yourself (not!) here comes another cavalcade of thrilling questions:

Regarding “compensatory dreams”: This is a very interesting concept–that a shy person, for example, will dream of great exploits and great achievements to “compensate” for his one-sidedness. Here’s the problem I have with this concept, I would think that if a person could “achieve” in his dreams, it would inevitably “spill over” into his waking state and affect him in a positive way. In my own experience, I don’t dream anything that I can’t actually do. There’s one exception though, I’ve found that when friends aren’t speakng to me, I dream that they are; or if someone dies, I dream they’re alive; it’s as if I’m in denial. I wonder if a dream like this would be considered an Ignatia dream, or is that a compensatory dream too?

Dreams often show us the other side of ourselves- in other words- they compensate for how we are in our waking state. And yes, what they say about that other side of ourselves can “spill over” and change our life. The problem is—we usually don’t want to listen because the dreams are often shadow material. Remember our discussion of the shadow- that it is made up of parts of ourselves that are unacceptable and undesirable? Because we don’t want to look at this shadow material it is easier to just say this is nonsense that happens while I am asleep.

When we become serious about looking at our dreams or if our homeopath helps us analyze our dreams and uses them to find a good remedy for us- we begin to accept and integrate this shadow side of ourselves. We are then on the path to integrating our shadow energy and becoming a healthier and more conscious human being.

The dreams that you mentioned (that someone who isn’t speaking to you really is, or that someone who is dead is actually alive) can, like all dreams, have different meanings depending on who you are; in other words, your whole life story, what exactly happened before the dream and how that relates to who you are as well as your exact associations to all of the details in the dream. These dreams could indicate any number of remedies depending on how they fit into the whole picture of who you are and under what circumstances they occurred.

Here’s a question I get from some of the parents in my practice: When a child has a nightmare where he seems wide awake, talks, cries, etc., but the parents can’t communicate with him, and especially if he’s just been given a remedy within a few days, what significance can one make of a dream like this?

Unless there is an emergency situation, it is important to always wait and see what happens after someone has taken a remedy. It really depends on what happens after 4- 8 weeks to be able to evaluate the significance of a child having such a nightmare after taking a remedy. One thing that occurs to me is that any child receives quite a shock coming into the world and a good remedy might just bring this up in a dream.

Of course if this continues, we might have to consider a new remedy because the first was incorrect or it uncovered this layer of shock.

As far as the importance of the content of the dream- I have rarely found the child to be able to remember the content or these nightmares until much later on in life. Of course the eyes open, crying etc. are important but I think that parents have enough to be concerned over without being too concerned about an occasional nightmare even if it occurs after giving a remedy.

As it happens, the child I was thinking of when I asked the above question was much better the next day. I wonder also about the dreams where a person is sure he’s awake and not dreaming. He may dream that someone is in the room–robbers, for example. He tries to get away or call for help but he’s paralyzed (REM sleep). He’s very distressed by this. Do these dreams hold any significance for the homeopath?

What is significant about these dreams (where the person feels that they are awake), is their intensity. Intensity in dreams is important just like intensity of any symptom or modality is important.

When using dreams all of the principles of homeopathic case taking and analysis still apply. We become the unprejudiced observer of a person’s dream state and let him or her tell us what the dream is about – in each and every minute detail. After that we may or may not have characteristic symptoms that will be part of the important symptoms that we use in our analysis.

So, if the person dreamt that they were awake and “heard” robbers in the house, and tried to get away and couldn’t, and felt it very intensely, would the homeopath then use the rubric, Dreams of robbers? Or is it more significant that the person has a dream where he believes he’s awake? Do we even have a rubric for that? By the way, should Arsenicum be added to the rubric “Dreams of robbers” in your opinion?

I very rarely use the dream section of the repertory.

I find the dreams in provings, especially the newer provings to be generally interesting but consider that “raw” material that needs looked at as a group dream. If many of the provers have dreams of green elephants – that’s interesting. Also, if many of the dreams are somehow related to other symptoms that are being experienced during the waking state – that’s significant. Otherwise, how do we know that the dream is not characteristic of the dreamer rather than the substance? We would have to analyze the dreams of the provers for a period of time before the proving. I believe there are some people who have done that.

Wait, stop the presses! Did you say you almost never use the Dream chapter of The Repertory? So, you’re saying if someone has a dream of black animals, don’t automatically think of Pulsatilla, but rather, ask, “How do you feel about animals?” or “Do you have a particular association with the color black?”

Yes, we shouldn’t automatically think of a remedy because a person has a dream that is listed in the repertory. The way we proceed is to ask the person, “what does that particular animal mean to you?” “Why do you think it appeared in the color black? You can also have them describe exactly what is happening in the dream. It is also important to ask what was happening in their life before they had the dream. After that, you may have a symptom that is relevant to your case or the questioning may lead to some other interesting information.

Of course, this doesn’t mean that after you have chosen the best remedy, that it can’t be confirmed by the dream section of the repertory. That happens occasionally. And- when it does happen and the remedy works, I think of it as confirming the accuracy of the dream as actually belonging to the remedy.

If you look at many of our old provings, you will see that many of the dreams are typical of the provers, not of the remedy. Our material medica is full of these kinds of misleading symptoms- Franz Vermuelen has done some great research in this area.

Jane, I’m surprised you didn’t say the color black in the dream was an archetypal symbol!

Elaine, even when we have archetypal symbols in dreams we must first try to understand the personal meaning that the symbol has for the individual. After that we can integrate this with the archetype. Archetypes are pre-form, pre-verbal impulses that make up the collective unconscious and give rise to symbols or images that are universal. These symbols are seen throughout history and in many cultures. When working with archetypal symbols we must be very careful not to resort to the general “this symbol always means so and so” thinking. We must, rather, look into the historical and varied meaning of an archetypal symbol and see what it is telling the dreamer. In order to find out the true meaning we research the archetypal meaning and discuss it with the client until we find the direction in which the archetypal symbol is pointing . The more active the client is within this process the better. One eventually acquires a library of books on myths and symbols to do this work but my favorite is the Dictionary of Symbols by Jean Chevalier and Alain Gheerbrant. This book draws on the meaning of symbols within many times and cultures.

You’re not going to believe this but, because of all the hoo-hah over “Dreams of Robbers” we had previously, guess what I dreamed of last night? You guess it, robbers! I dreamed my husband, his nephew Earl and I were going to rob a movie theater. We split up. I was sitting about 10 seats away from Earl and my husband was in the front row when the gun fell out of Earl’s pocket and rolled down the ailsle and was picked up by another audience-member. I thought, “Well, that’s it, we’ll never be able to rob the theater now!” I got up to walk over to where my husband was sitting to tell him what happened when I realized, “What have I done? Why did I draw attention to myself by getting up? Now I’m the prime suspect!” Then the alarm went off and I woke up. It’s just as well. So, there you have it Jane, “Dreams of Robbers”!

I’d like to end this interview with a reminder from Carolyn Ramos, the sponsor of the Oct. 2nd and 3rd conference in Ottawa, Canada featuring Jane; and by the way, you readers from Pakistan, Australia and other far-away places? I know you think you can’t possibly make this conference, but, if you leave now, I’m sure you can get there in time! And now I give you the lovely and fabulous, Carolyn Ramos:

This seminar will fascinate those interested in homeopathy and psychology alike.

Dreams and symbols point to a fundamental reality which is not readily suppressed by medications and societal attitudes. Information, taught in this course, on how to accurately use dreams and symbols, will give the homeopath access to characteristic symptoms which may otherwise be overlooked. This is particularly important in cases of deep pathology and complex cases. 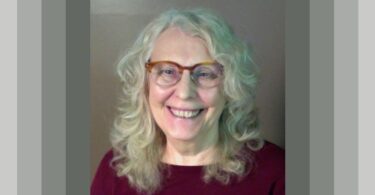 Dreams and Symbolism in Homeopathic Practice