The author gives us the therapeutics of PMS. There are a significant number of symptoms that may be associated with PMS. These include nervousness, emotional instability, irritability, depression, confusion, reduced impulse control, headache, oedema, mastalgia, vertigo, palpitations, constipation, nausea, vomiting, acne, conjunctivitis, fatigue, pelvic pain, insomnia, hot flushes, bloating, food craving, or restlessness. Any or all of these will usually occur 7-10 days before the onset of menses, peaking the day before it and abating no later than a few days after the commencement of the menses. Most women experience some form of disturbance before the onset of menses but it’s when symptoms impact on the quality of life that the diagnosis of PMS may be applicable. In more severe forms, particularly where the mental and/or emotional symptoms predominate, the diagnosis may be upgraded to the more severe Premenstrual Dysphoric Disorder or PMDD.

A specific aetiology for PMS condition is uncertain but it’s likely to be variable. This is reflected by the fact that there are a number of subsets of the condition, which have been described as:

The conventional medical solution for PMS has been the prescription of tranquilisers, diuretics or the oral contraceptive. Homeopathy is preferable to this approach for a number of reasons, not the least of which is that it produces fewer adverse reactions and far is easier to control. The effectiveness of homeopathy for PMS has been confirmed by 2 clinical trials1, 2 and what follows are brief discussions on some of the more clinically useful homeopathic medicines that, anecdotally, have found favour with a number of notable practitioners of this art 3, 4, 5, 6, 7, 8, 9, 10.

Belladonna is especially useful for PMS that features a violent bearing down pain; as if everything would fall out, cramping, abdominal colic, faecal incontinence and leucorrhoea.

An aggravation of these symptoms may be noted from drafts of air on the head, motion, the suppression of sweat, touch, and at around 3 o’clock in the afternoon, and symptoms may be ameliorated by bending backwards, bed rest, standing, or pressure.

Typically, the person who’ll respond effectively to Calc carb exhibits signs of nervousness and breast swelling before menses, as well as anxiety, headache, depression, vertigo, abdominal or pelvic pain, and leucorrhoea. An aggravation of this state may occur in cold air, during bathing or exertion, from the pressure of clothes, and also from milk; while an improvement may be noted from a dry climate.

Irritability, nervousness, and restlessness are often features here. There may also be frontal headaches before the onset of menses, breast swelling, and pains that are experienced up and down the inner thighs. A keynote for this medicine is a marked hypersensitivity to pain. The symptoms associated with PMS here may be worse from anger, at night, from coffee, in the wind, being looked at, and at around 9 o’clock in the morning. Symptoms are better during mild weather, from heat, or from sweating.

In this instance the sufferer is likely to exhibit a dread of company and strangers, fear from being alone, anxiety and depression with weeping, swelling of the breasts, and a feeling of hardness and pain before menses. An interesting modality here is an aggravation from seeing moving objects. Symptoms may also be aggravated by exertion, cold, and are often worse at night. An improvement may be seen from fasting or motion.

The person who responds well to this remedy may experience depression, migraine headaches, dimness of vision, dyspepsia, vertigo, digestive disorders, and a sensitivity to cold. These may be made worse by exposure to cold, when sitting, or from eating pork or other fatty foods, and may be ameliorated by motion or from weeping.

The symptoms that indicate the need for this remedy include a feeling of constriction around the throat, an inability to feel comfortable in tight clothing, possible episodes of extreme rage, jealousy or suspicion, irritability, nervous restlessness and loquacity. Other symptoms here include hot flushes, painful congestion of the lower abdomen or breasts, venous congestion of the legs and feet, headaches that are worse for heat, sunshine and alcohol consumption, hot flushes, insomnia, and dreams of death or funerals. It’s notable here that symptoms tend to start on the left and move across to the right. Most symptoms are worse after sleep, in the morning, from heat, slight touch or pressure, and during spring or autumn. Improvements may be seen in the open air, from hard pressure, with cold drinks and from the flow of menses.

This medicine may be of use where there is depression and/or irritability with abdominal distension before menses. There may also be a history of liver disorders, ovarian pain and cysts and a cutting pain in this area that travels from the right to the left side. Aggravation of these issues may be worse from the pressure of clothing, warmth, eating, and between 3 o’clock and 8 o’clock in the evening. Improvements may be seen from motion, urination, warm drinks, and in the open air.

This is a common prescription for PMS, the differentiating symptoms for which include depression, emotional instability with a rapid alternation between sadness and anger, a feeling of abandonment, an appearance of being cool and aloof, deep sense of hurt and at the same time a feeling that she must soldier on rather than confront emotional pain. There may be thirst, oversensitivity to the warmth of the sun, a craving for cool fresh air, dry skin, oedema, fainting, palpitations, throbbing and/or blinding headache, pain in lower abdomen and lower back, weight gain about the hips and thighs, acne on the forehead at the hair margin, eczema, herpes, and dryness of mucus membranes or leucorrhoea. Symptoms are worse from heat and worse with the sun, and better for open air, sweating and tight clothing.

The person who responds well to this remedy will often be suffering from hysteria, ovarian and/or breast congestion, and may exhibit signs of nymphomania. The symptoms related to the PMS that corresponds to Platina may be worse from emotions, coition, touch, or exhaustion. Symptoms may be improved by walking in the open air.

The person who should benefit from Pulsatilla may be found to have self destructive tendencies, depression with weeping, irritability, mood swings, a deep sense of shame, guilt and a lack of self esteem around the menstruation process. There may also be migraine headaches, nightmares, venous congestion, nervous, restlessness, weakness and mastalgia,

Symptoms are worse from clothing, warm air or a warm room, the sun, twilight, evening, rest, beginning motion, and rich or fatty foods. Symptoms may be better for cold, fresh open air, an erect posture, and after crying or consolation.

This is probably the most commonly prescribed homeopathic medicine for PMS; the prescription often being based on symptoms relating to hormone imbalance, apathy, indifference to others, feelings of being overwhelmed, chilliness, dislike of fuss or damp, dislike of consolation, depression and weeping. The sufferer may also claim to feel imprisoned by drudgery and routine and have pressure in lower abdomen, as if everything would fall out. Nervousness, restlessness, headaches, evidence of liver disorders and/or portal congestion, nausea, vomiting, constipation, itching of the genital organs, haemorrhoids, leucorrhoea, herpes, eczema and acne may all be present here. Symptoms are worse for consolation, worse in the morning and evening, worse from odours cold air, sitting, standing, kneeling, coitus, jarring, touch, and at around 2 o’clock to 5 o’clock in the afternoon. An improvement may be seen from warmth, pressure, hot applications, vigorous exercise, and during the evening.

The sort of PMS characterised by the pathological state of Sulphur is usually associated with restlessness, anxiety, weakness, fainting, gastric disturbances, headaches, burning pain in the feet which is worse at night, hot flushes, and pruritis vulvae. Symptoms are worse from heat, from overexertion, bathing, standing, from a weather change, and at around 11 o’clock in the morning, while open air, walking, or dry heat may help to ameliorate symptoms. The Use of Homoeopathy in Allergy 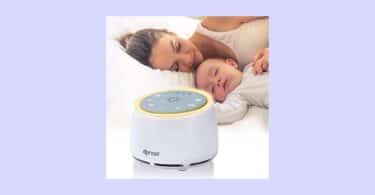