This Topic is very important for beginners as this concept gives us a second prescription which no other Materia Medica or repertory gives other than the Therapeutic Pocket Book and Boger Boenninghausen’s Characteristic Materia Medica and Repertory.

Harmony – The state of being similar to or consistent with something else.

When remedies possess the property of antidoting each other there must be commonness with each other.

This is a last section of Dr. Boenninghausen’s repertory. Initially the heading was concordance. Dr. Boenninghausen published a work on relationship of remedies which he later found to contain a number of errors and omissions in 1836.

To the majority of homoeopathic physicians, the last chapter has been a complete mystery. But it must be remembered that he has the trained mind of a lawyer. With this training, he was able to weigh comparative values.First the value of homoeopathy as compared to orthodox medicine and then later the comparative value of remedies in relation to particular symptom groups. In his preface, he tells us about his method of gathering data, how he kept the notes for years on various symptoms and the relationship of remedies to symptom groups. From this accumulated data, he devised the pocket book. With this background, we cannot believe that any part of this book would be for merely causal use. It was the accumulation of practical knowledge of many years’ experience.Dr. Boenninghausen’s Materia Medicais a chief work of homoeopathy and concordance is of extreme importance.

Object: This book gives a better understanding of the drugsand points of contacts with each other with regard to specific spheres, locations, modalities, tissues etc.

Uses:  To understand the genius of the remedy. We are able to compare one remedy with other remedies in different areas of the application and also the degree of nearness or contact of these remedies in different areas of application. This indeed is a comparative material Medica in nutshell.  It helps in selection of the remedy with more certainty, because we are able to compare the remedy by working out the relationship with regard to the case at hand and not on any rigid preconceived basis.  We use it to find the sequence of remedies and the remedy or remedies which could follow the remedy already prescribed and found either inadequate or of limited usefulness. This application is very important in chronic and acute cases. The next remedy or the second prescription is thus indicated with a certainty which no other repertory or material Medica could offer us.

Having selected the first medicine for a case with accuracy and worked out its action in various potencies or if the symptoms change substantially and new ones developing, the case demands a change of remedy, and this chapter is important.

Complementary —each remedy partakes to some extent of the attributes of every other remedy. They will have some symptoms in common.Dr. Boenninghausenstates that when a remedy possesses the property of antidoting the symptoms produced by another remedy, there must be similarity of its own action to that of another. Hence there is some ‘affinity’ between these two remedies. It was denoted by him as a relationship. We must have seen that many authors of materiaMedica, from Hering onwards have appended some sort of relationship of remedies at the end of the chapter on a particular drug. In the case of its beneficial relationship, it seems also to be fairly similar to the symptom picture of the patientand the remedy earlier prescribed has already benefited the patient and has removed curatively a number of complaints but has not fully cured, and if the second remedy is given, it seems to complete the cure.

The very similarity of the symptom picture in both the remedies has the potentiality of antidotal action as well as that of affinity, because the second remedy has also certain other symptoms which may not have been produced in the pathogenesis of the first remedy. Hence it seems to work as a follow up remedy and complete the cure. It has been found in actual practice that the second remedy acts far more curatively, if it has been preceded by the earlier prescribed medicine.

For example, it has been found and proved that Calc. carb. showed better curative efficiency if it is given after Sulphur. Nitric acid after Calc.carb.,Causticum after Sepia, Lycopodium after Calc. carb, Nitric acid after Kali carb., Sulphur after Ars and Merc.   But we should be governed by the law of similars.We find under Aconite that Sulphur seems better indicated as a chronic remedy while Calc. carb. is better indicated as a chronic of Belladonna.

Neutral— some remedies have neutral or no relation at all.

Inimical— some remedies has an inimical relationship and should never be given one after the other.

The basic logic behind his recommendation of these relationships depends upon the following facts:

This chapter is divided into sections,each section being devoted to a remedy in alphabetical order. Each of these remedy sections is divided into rubrics as are all the general sections of the book. But in this chapter the rubrics are not particularized as symptoms but are generalized symptom groups.

This is the physical make up of this chapter. The pathogenesis of every remedy seems to be made up of symptoms that touch closely upon those of other remedies. It is as if the remedies had all evolved from one common original substance, becoming modified and individualized and therefore differentiated in varying proportion. Here we can see the symptoms held in general by a number of remedies. The original symptoms as it were, as well as their individually developed personalities. One of the best illustrations of this is Pulsatilla, Siliceaand Kali sulph. They bear strong family likeness.

The remedies having harmony with each other, the most similar ones as a rule are complementary. They antidote each other’s bad effects. Others with a lesser degree of similarity may be used at a greater interval of time. They have a much lower ratio of similarity. We may use here the illustration of the concentric circles of similarity as suggested by Joslin. The nearer the centre the smaller the circleand the higher the ratio of similarity. As the circle widens the complementary qualities of the remedies occupying the outward curves lessen until their similarity to the simillimum is very slight. Every mineral or chemical element has grouped closely about it a little circle of closely related vegetable remedies which are complements to each other.

COMPLEMENTARY RELATIONSHIPS of important remedies at their mental, physical generals and physical particular levels with their repertorial rankings according to the concordance chapter on homoeopathic repertories. 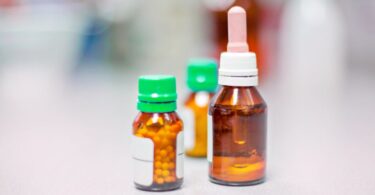 Some Relationship and Behavioral Problems The Relationship of Remedies The Concept of Excess Through Inter-personal Relationship and Hoarding

Dr. Neeraja Kshirsagar is associate professor, Dept. of Repertory at Dr. D. Y. Patil Homoeopathic Medical College, Pune, Maharashtra. She has been teaching repertory for the last 15 years and practicing homoeopathy for 18 years. She also works as OPD in charge of the homoeopathic hospital wing.