Part II in the series, with the focus being Dr. Constantine Hering. Etching of Dr. Hahnemann lecturing, with Dr. Hering in the background.

Dr. Hering was born in Oschatz – Saxony, and studied medicine at the University of Leipzig. Interestingly, he had been engaged to write a book refuting homeopathy, but upon reading Dr. Hahnemann’s works, he became a convert and sought out the author. They began corresponding in 1824. In the winter of that year, Hering’s right forefinger was cut while making a dissection on a dead body, and the wound rapidly became gangrenous. Hering was treated for this dissecting wound with the homeopathic remedy Arsenicum album, and the finger was saved, further provoking his interest.

He was for a time an instructor in mathematics and natural sciences in Berckmann’s Institute. Following his graduation in 1826 he received a commission from the King of Saxony to travel to Surinam on a natural history expedition. He settled there for a number of years and commenced practice before immigrating to Pennsylvania in January 1833.

He was one of the pioneers of homeopathy in the America and helped to promote homeopathy there. He founded a homeopathic school, the first of its kind in any country. From 1845 until 1869, he filled the chairs of institutes of medicine and Materia Medica in the Philadelphia College of Homeopathy.

“I was dependent upon the school for support. I went to the place where my weekly expenditure was paid and asked for the allowance that was due me. I received the money, but was told that I should have no more unless I gave up dabbling in Homeopathy. I resented this insult by throwing the money which the chief of the institution had just paid me, at his feet, at the same time exclaiming: I shall never touch another penny of this money. From that moment I never suffered. As long as I live I will work for Homeopathy with all my power!”
Constantine Hering –

Hering devoted a great amount of time to examining cures for the bites of venomous serpents, and contributed significantly to the science of homeopathy. In this regard, he said: “It is the genuine Hahnemannean spirit to disregard all theories, even those of one’s own fabrication, when they are in opposition to the results of pure experience.”

Dr. Hering wrote many important homeopathy books, articles and monographs, including the 10 volume Guiding Symptoms, which he did not live to complete. He was joint editor of the Medical Correspondent – Allentown, 1835-1836, and also of Miscellanies of Homeopathy – Philadelphia, 1839, The North American Homoeopathic Quarterly – New York, 1851- 1852, and The Homoeopathic News in 1854. He founded and edited the American Journal of Homoeopathic Materia Medica. He also published many books in both German and English.

Dr. Hering said “My Golden Rules of practice are:

He articulated the Law of Direction of Cure, also known as Hering’s Law, which describes how the cure takes place, from center to periphery, from head to extremities, and in the reverse order of the development of the symptoms.

As we homeopaths all know, Dr. Hering took up the work left by the great Hahnemann, and held the flag of homoeopathy till the last breath of his life. At 6 o’clock on the evening of his death, Dr. Hering made his last prescription. It was for a poor ill man, who had been treated by the old-school without any benefit. Dr. Hering said: “I have no fears for Homeopathy; I am pretty sure that the other schools will one day come to us.”

He also said “It has been my rule through life never to accept anything as true, unless it came as near mathematical proof as possible in its domain of science.”

Salutations to this great teacher and God bless his soul. 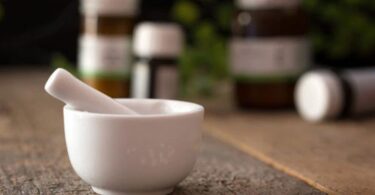