Should Homeopathic remedies be considered for the treatment of hypertensive crisis?

Hypertension is a common chronic medical condition that according to the 1999-2000 Australian Diabetes, Obesity and lifestyle study, affects around 3.7 million of Australians over the age of 25; approximately, 32% accounts for men and 27% accounts for women1.

The cause of hypertension remains unclear, in around 90% of people who is diagnosed as hypertensive, the origin cannot be found and is referred to as primary or essential hypertension; instead, some risk factors have been attributed as part of the cause to develop hypertension (Table 1).

Ostchega et al in 2008, estimated that up to 32% of people with hypertension are not receiving treatment; and, of those treated, up to 36% do not have their blood pressure controlled to less than 140/90 mm Hg.

People with severe high blood pressure usually develop symptoms. These symptoms tend to develop quickly and may include things like:

•Blurry vision or other vision disturbances

The allopathic approach to patients with hypertensive crisis is that of giving medication to control the blood pressure and consist on the administration of different kind of drugs (table 3)5.

The first case is 46 year old man who came to the emergency service suffering from congestive chest pain, he was complaining of having blurry vision, headache, dizziness, nausea and he had vomited at least once in the previous hour; he was known as hypertensive taking captopril to control his hypertension, never failing to comply with his treatment. His blood pressure at the moment of the admission was 180/120, the patient was clearly distressed, feeling that he was going to die soon; he was sweating, pale and very cold. When we asked him about any reason that could be the cause of this anxiety, he said that he saw an accident minutes ago that cause him a lot of impression and fear.

We started this patient on Aconitum napellus7 6c Plus every 5 minutes.

The second case is a 57 year old woman who came to see me, accompanied with her mother, after having a strong discussion with her husband, to the point of physical aggression. She was totally distressed, crying with a lot of anxiety, very scare and was not able to talk properly.

She was taking propranolol to control her blood pressure, which by the way, was poorly controlled always ranging between 140/100 and 150/110; on this occasion her blood pressure was 210/180; she was very pale, trembling and sweating and she was just mumbling around.

The medication prescribed was Ignatia amara70/6 LM on a single dose and I waited for 5 minutes to see the reaction.

The third case is a 46 year old man known as hypertensive, not well controlled, he came to the emergency service with a blood pressure of 210/190, the emergency doctor started him on sodium nitroprusside and 5 minutes later his blood pressure was 220/195, the patient was very stressed and feeling that he was going to die, the emergency doctor gave him another dose of sodium nitroprusside but no positive effect was achieved; when I approached the patient, it was a very similar case than the first one; the patient was scared at home because of a joke of someone stealing his home and he started having a panic attack developing later the hypertensive crisis.

In order to succeed while treating a patient developing a hypertensive crisis, you need to follow the classical approach of the homeopathic method, which consists of 8 principles (Table 4). The homeopathic remedy should be chosen according to these 8 principles, in such a way that it fits as much as possible with the entire picture of the patient.

If you base your prescription on these 8 principles and you look for the real cause of the illness (emotional component) and not just get blinded because of the consequences of the illness (physical symptoms and therefore diagnosis of the illness), you will be able to prescribe a homeopathic remedy that will achieve what Dr. Hahnemann though us in the first paragraph of the organon.

“The physician’s high and only mission is to restore the sick to health, to cure as it is termed.9”

All of our cases were treated according to the homeopathic method, a real cause which triggered the crisis was found and treated, and therefore the results were favorable. We have never based our treatment just in local symptoms because that is not the full picture.

The allopathic approach to this and many other conditions is always the same, reason why, our third patient instead of recovering was aggravating his condition until a real remedy was prescribed for the real symptoms.

We can conclude that homeopathic remedies are a great tool for the treatment of hypertensive crisis, even better than the allopathic medical approach. 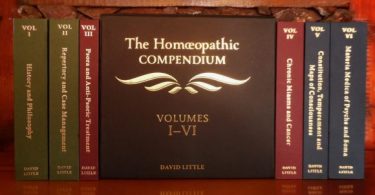 Crisis in Classical and Contemporary Thought

Osvaldo Cooley B.SSc has been practicing homeopathy since 1998. He was Certified in Classical Hahnemannian Homoeopathy by the National College of Medicine and Homeopathy (Mexico) after completing a 7 year degree in Medicine and Homeopathy. He further specialized in classical homeopathy with the Homeopathic Mexican Foundation. In addition, Osvaldo spent more than 1 year practicing in the National Homeopathic Hospital (Mexico) the largest Latin American hospital of its kind. Osvaldo is also certified by the Australian Register of Homeopaths (AROH) and is a member of the committee of the Cancer Information and Support Society (CISS). He practices homeopathy in Sydney Australia at Back on Your Feet.