A young mother chooses the homoeopathic system of healing for herself and her baby, benefits and then proceeds to study homoeopathy.

I first really became aware of homeopathy when I was pregnant with my daughter in 2003. It was mentioned in my antenatal classes as a safe form of treatment during pregnancy. It proved very successful at helping me during the pregnancy, and so I continued to consult the same homeopath for myself and my baby.

Having a young baby, I became very aware of what I was putting into and onto her and any possible side effects, so I think that is why homeopathy became even more of an interest to me. I remember wondering at the time if I could become a homeopath, but didn’t take the thought any further. It is in my nature to want to understand how and why things work, so I bought a couple of books about homeopathy and young children, to find out more. I was fascinated by all the different remedy pictures and how Hahnemann originally discovered homeopathy through his experimentation with the Cinchona bark. One of the books also explained the basics of classical homeopathy and the laws of similia, simplex and minimum, as being the basis for treating a patient. In the very simple way that I understood it at the time, that meant only give your patient one remedy at a time. My homeopath did not follow that method and I became disillusioned with the way she was prescribing. Having grasped the very basic concepts of homeopathy from the book that she recommended to me, her own methods did not follow this approach. Although I did have some success with her treatment, I realised that I was not happy to continue seeing her, so I drifted away from homeopathy for a while.

A year or so later I was told about another homeopath. I looked at her website and was happy to find that she was a Classical Homeopath. I had given birth to my son six months previously and my husband and I were worried about my son’s health. He had bronchiolitis and then a lot of sickness when he was just a few months old. I was keen to treat him homeopathically, and so I made an appointment.

Since then I have not looked back! Myself and my two children see her as patients, and her belief and common sense approach to homeopathy have inspired me to pursue my interest in homeopathy and ultimately to become a student at the Allen College – she was a student there herself.

I am now in my second year of the three year part-time course at the Allen College. Every lecture I attend confirms to me that I was right to follow classical homeopathy – why wouldn’t you follow this route when Hahnemann’s Organon explains exactly how to be a homeopath? It’s a bit like not reading the instruction booklet – you might think you know how to get the end result, but you’ve almost certainly made some wrong moves along the way. As well as learning the theory from the materia medica and the Organon, students at the College get to practice it in the student clinic. We see and practice the laws of similia, simplex and minimum in action with every patient, with the expert guidance of our Principal Dr Subrata K. Banerjea and Vice-Principal Janet Robinson-Banerjea.

My first homeopath would prescribe 3 or 4 different remedies at the same time to treat different problems. They were given in dry doses to be repeated several times a day. They gave me some positive results, bit aside from the risk that I could have proven the remedies, that style of prescribing will never be able to give the incredible results that Hahnemann shows us are possible. That is not true homeopathy as I understand it. I will always be grateful that I am training as a classical homeopath at the Allen College where Hahnemann’s homeopathy is followed. 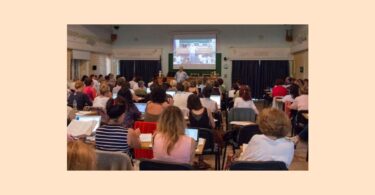 Sara Pearman - I am 36, and enjoy life with my husband and two children aged 7 years and 4 years. I am in my second year of the three year part-time course at the Allen College of Homeopathy. Before having children I worked in the field of social research and have an Msc in Social Research Methods. I specialised in qualitative research and particularly enjoyed individual in-depth interviews which I now realise were a good preparation for case-taking!