Dr. David Doré discusses provings, including non-classical provings and comments on their validity.

The word proving refers to the process of testing a substance for use as a potential homeopathic remedy on healthy persons. The object of homeopathic provings is to catalogue all symptoms and characteristics which can be genuinely associated with the substance being proved. The result of a proving is a drug picture, which is listed with others to make up a Materia Medica. It is the desire for a Materia Medica, which is reliable, consistent, and complete that drives this process. It is, after all, only through our tools, the Materia Medica, that a homeopath can hope to ‘restore the sick to health, to cure, as it is termed'(i). Provings have been described variably as the ‘shamanic aspect of homeopathy’ or the direct, experiential, investigative aspect, in which homeopaths have the chance to fully plunge themselves into their art and ‘become the proving’. (ii).

Yet, what are these things, Provings, and how are they undertaken? Hahnemann makes his intentions quite clear when he lays out explicit instructions for their practice in his theoretical writings The Organon, aphorisms 121-144. Here is found detailed enough description to complete a proving in his recommended way. Similarly, Roberts contends that, ‘ In order to be sure of the integrity of our work, we must demand three essential things:

“The quality of the drug must be pure; it must be free from all mixture with other drugs, and it must possess all its active properties.”

“The prover must possess the proper balance in functions and be in a normal, healthy state, so that we can estimate and weigh the amount of the disturbance when we deliberately upset the balance of health.”

Also, more recently, in this time of “rebirth” of homeopathic provings, the Israeli homeopath Jeremy Sherr has compiled a manual from his experiences of provings, which has become one of the standard modern texts. Furthermore, The Society of Homeopaths published their ‘Recommended Guidelines for Provings’ on the twenty-fifth of October 1999, which were based initially on a paper produced by the ECCH/ICCH in 1997. In the 1999 guidelines for provings it states that the process starts with the pharmacist who prepares the doses. He places the remedies into a container but does not mark it as to its strength or whether it is a placebo. He then passes it to the master prover who passes it to the supervisors who distribute them to the provers. The remedies will contain a wide range of potencies and placebo’s. At the beginning of the test period, the supervisor takes a history from each prover, curative symptoms, symptoms you start with. The remedy is given and the provers report any change in the symptoms to their supervisors, (provers make notes also). As soon as the symptoms appear the provers stop taking the remedy. Provers often do not produce symptoms; if they do not, they are not given more than six doses, (a person may not be susceptible to that particular remedy).

However, it is clear from the literature research I undertook that there are many variables to the above. For example, Evans does not adhere to these explicit methodological instructions. (iv) Yet she is not alone in this respect. Various other groups of homeopaths carry out variations on Hahnemann’s theme. These may be quick provings by students in a class, or dream provings where the remedy is not taken, merely placed under the pillow. Evans’ article explores the world of meditational provings, as practised on a regular basis by this group of non-classical homeopaths. There are two methodologies described, the first involves spending a day making and potentising a substance to the 3rd centesimal potency and recording symptoms as they are intuited whilst working. The second involves ingesting the substance at the 30th centesimal potency then meditating as a group with the intention of speaking out the symptoms as they are intuited or felt in a physical or mental way. But these provings are not consistent with Hahnemann’s instruction. These provings were carried out in a day and then considered complete. With these methods an accurate totality drug picture cannot be made. According to Aphorism 134, time allowed must be lengthy and repetitions performed, before symptoms can be confirmed.

However, there are a few issues with which Hahnemann did not deal with, which have passed into classical practices. One of these is that the provings be double blind, that is, the substance investigated should not be known by the provers or the supervisors, in an attempt to avoid interference of speculation or heightened sensitivity in the provers to the appearance of a particular symptom. Hahnemann and Hering performed provings on themselves and collated them alone. Hahnemann in Aphorism 141 contends that, ‘But the best provings of the pure effects of simple medicines in altering the human health, and of the artificial diseases and symptoms they are capable of developing in the healthy individual, are those which the healthy, unprejudiced and sensitive physician institutes on himself with all the caution and care here enjoined. He knows with the greatest certainty the things he has experienced in his own person’. In my literature search on meditative provings and dream proving, all who took part were involved in the proving and no supervisors were used. The issues of placebos were also not dealt with. Yet, debate surrounds the validity of their use, mainly because of the phenomena of collective unconscious.

Mangialavori contends that provings are not the only way to get information about substances, so it’s important to gather more information from pharmacological and toxicological sources, or about traditional use of the substance, and even about our delusions, our human projection. All this is as important as the proving. (v) This is not new; this is how it started out as well. Yet, the issue of suggestibility is not addressed in the meditative and dream provings. Provers spoke out their symptoms as they were intuited which could lead, bearing in mind Mangialavori’s comment on human projection, other provers to the same conclusions. Surely the reasons behind not acting in this way are the same as those which lead Hahnemann to warn against asking leading questions in the homeopathic interview.

But most significantly, the essence of these methods of proving is based on intuition, which is conjecture. Hahnemann clearly rules conjecture out in Aphorisms 143 and 144. However, whilst the accuracy of some psychics can be asserted, their kind of knowledge is unreliable as it is inconsistent, without accountability and cannot be certain. Whilst there may have been some genuine psychics in group performing in the meditative provings, there is no possible measure of the ability of all the provers. Therefore, on these grounds alone, it is possible to dismiss results gained. Yet, how about doing them alongside Hahnemannian provings? And also what about the entire inexplicable phenomenon surrounding provings? But, for all their methodological shortcomings, this group of provers at least cannot be accused of neglecting to devote their complete attention to the proving, as described in Aphorism 126. Similarly, there are other reasons not to dismiss this type of proving out of hand. The criticism of lack of confirmation of symptoms through lack of repetition of provings is valid; Sherr describes the phenomenon of the collective unconscious as relied upon to perform this type of proving. These phenomena are widespread, acknowledged by the classical world and supported by Jungian psychology and modern physics. These phenomena should even perhaps be studied as a complement to classical homeopathy, in an attempt to understand and harness their power for the furtherance of classical homeopathic development. Yet the present level of understanding surrounding them is insufficient.

In conclusion, meditative and dream provings can by no means be described as classical, yet they are interesting, and highlight the contemporary issues of validity of intuition and collective unconscious as well as significance on intention in provings. In all, this methodology is more useful as an instigator of debate among homeopaths, and homeopathic pharmacists, than as a vehicle for the investigation of new healing substances that one could argue are needed in classical homeopathy.

Reprinted with permission of the author – www.ahomeopath.com

Mortelmans, G, Dreams in Homoeopathy – A Snake in the Grass, Homoeopathic Links 3/1999 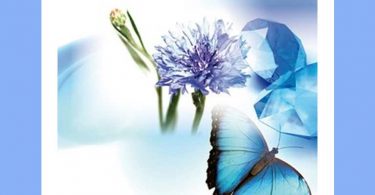 David Doré MD (Alt.Med.) –BSc (Hons) LLCCH FBIH MHMA studied Homeopathy and Health Sciences extensively at The School of Natural Health Sciences, The London College of Classical Homoeopathy and at The School of Integrated Health at Westminster University, London. Whilst completing his research on the incidence of STD’s in individuals diagnosed with AIDS related illnesses than in asymptomatic individuals diagnosed with HIV at Westminster University, David had the opportunity of studying classical homeopathy, with one of the UK’s leading Classical Homeopaths Sheilagh Creasy. David chose to study at the University of Westminster and graduated with a BSc (Hons) Health Sciences - Homeopathy. David online consultation delivers high quality homeopathic care at an affordable cost to those who do not have access to a highly skilled professional homeopath. Visit David at his website : www.ahomeopath.com