Historical article in which Walter S. Hadwen discussed the role of vaccination in spreading epidemics and the merits and demerits of vaccination as a public health measure.

After Edward Jenner demonstrated the use of cowpox vaccine against smallpox in 1796, vaccinations against smallpox were begun. Despite this, a smallpox epidemic swept England in 1839 and killed 22,081 people.

In 1853 the Government made smallpox vaccinations compulsory, but the incidence of the disease kept increasing, and in 1872 another epidemic killed 44,840 people, most of whom were vaccinated.

The compulsory vaccination law was abolished in 1948. Similar disasters occurred in Germany and Japan, but possibly the worst was in the Philippines in 1918 when the US government forced over 3 million natives to be vaccinated. Of these, 47,369 came down with smallpox and 16,477 died. In 1919 the program was doubled, and over seven million were vaccinated, of whom 65,180 came down with the disease and 44,408 died.

The epidemic was a direct result of the vaccination program.

By following the superstitious impulses of Edward Jenner and the ancient tradition of the Gloucestershire dairymaids, the medical profession has lost sight of the vital question, what is the origin of smallpox?

The faculty of reasoning upon the subject appears to have become almost extinct; in its place there has arisen a demand for obedience to authority. Fashion has usurped the place of scientific thought, and arbitrary Acts of Parliament and the policeman’s truncheon have supplanted logical consistency.

When the question is asked, “Why does smallpox break out at all?” the twentieth century scientist answers, “Because the populace have not been ‘protected’ against it by vaccination.”

This reply only begs the question. It presupposes that smallpox is a natural visitation of Providence which may strike anybody at any moment, and that the only way by which this presumed inevitable evil can be met, is to compel every human being in this world to undergo a process of “protection,” which is to render the system “immune” to attack.

This is a negative form of reasoning. It leaves unanswered the crucial question, what is the origin of small pox?

Why are we to suppose, as was believed in the eighteenth century, that a smallpox attack is the probable lot of every member of the race?

Why must everybody be diseased to protect him against disease, especially if that disease is one from which, owing to altered conditions, he is never likely to suffer?

Surely, if a disease breaks out, there must be a cause for it.

The Source of All Outbreaks

Now one fact stands out per-eminently in every part of the world where smallpox has appeared — namely, it has invariably associated with unsanitary and unhygienic conditions.

From time immemorial it has been called in Austria “The Beggar’s Disease.”

It has followed in the wake of filth, poverty, wars, pestilences, famines, and general insanitation, in all ages.

In some of these tiny houses there were seven, nine, and even twelve cases of smallpox. A sixth part of the whole epidemic occurred in three streets. In one street the sewage entered the cellars of the houses, and the choked-up street sewer had to be opened up in the midst of the epidemic. Nearly half the houses in this street had smallpox cases.

Then the epidemic caught on in two disgracefully unsanitary and overcrowded, ill-ventilated elementary schools.

Forty-five children were struck down suddenly in one of them and 31 in the other. The patients were removed to what was called an isolation hospital. It was congregation, not isolation. A woman employed in the early part of the epidemic as solitary night nurse told me that the sight and screaming of these poor children at night as they ran about the wards in delirium so completely unnerved her that she was obliged to leave.

They were allowed no water for their fevered skins, the baths were choked with dirty linen, and never used. The little ones were packed three, four, and even five in a bed; vermin was crawling everywhere; no oil was used for the faces, and the poor children scratched themselves till they bled.

Of every two taken in to the Stroud Road Hospital one was carried out a corpse; when the mortuary became choked with dead bodies, the bathroom was utilized for this purpose.

One child lay for two weeks and two days with her eyes scabbed and not a single drop of water was given to relieve her. When one hospital became full, another one was opened which had been used as a cholera hospital many years before.

It was built on stakes in a rough, boggy field; it had no sewerage connections, nor any drainage whatever, and water had to be carried in water-carts over a quarter of a mile of bog to reach it.

The panic became fearful, and a wild, despairing cry went up from the plague-stricken city as the destroying angel sped from house to house in these awful slums.

And what was the answer the terror-stricken inhabitants received from the Guardians of Public Health?

Still the same mad reply: “These be thy gods, O Israel!” as they pointed to the vaccine lancets, dripping with their filthy venom; in helplessness and fear they implored the people, in a unanimously signed medical manifesto, to bow down and worship at the shrine.

At last the rain came. It washed the atmosphere, it flushed the sewers and drains; it filled the vacuoles of sewer gas in the sandy soil, and the epidemic died down.

The councilors who put up at the next municipal contest were one and all indignantly swept away at the polls by the enraged voters, and anti-vaccinationists took their place; a new sewerage system was laid throughout the whole smallpox district at a cost of some £30,000; 20,000 sanitary defects in the houses were rectified, and no smallpox has occurred since, although nearly 90% of the population is unvaccinated.

But even in that awful epidemic, smallpox picked out the vaccinated for attack; two-thirds of the sufferers had been “protected” by the filthy superstitious rite.

Sheffield and Other Cases

I remember Sheffield and its epidemic in 1887-8. No less than 98 per cent of the population had been vaccinated; it was the best vaccinated town in the kingdom the public vaccinators had reaped a richer harvest of bonuses for “successful vaccination” than those of any other town, and yet they had 7,000 cases of smallpox.

It originated and clung to an unsanitary area of 175 acres covered with cesspits — which was called The Croft. The medical profession helplessly cried “vaccinate” and “re-vaccinate” — as if the pubic had not already had enough of it.

At last the floodgates of heaven were mercifully opened, and the bountiful rains suddenly accomplished what 56,000 vaccinations had failed to effect.

I went to Middlesbrough in the great epidemic of 1898. I visited every smallpox hospital ward, and investigated the conditions of the houses, and their environment, from whence the smallpox came. As everybody knows, the houses at that the had been run up at an enormous rate, much too fast for the sanitary officials to keep pace with them.

The part where the smallpox raged was situated chiefly over a swamp where it was difficult to find foundations for the houses; many of them were raised on piles driven through the soil.

The only method of house sanitation in all that district was that of pails in the backyards. But whatever else had been neglected, vaccination had been sedulously attended to — the inhabitants were vaccinated up to 98.4 per cent, of the population.

Outraged Nature laughed outright at the Jennerian fetish and declared in plain and unmistaken language that if smallpox was to be prevented the conditions which caused it must be remedied. Poisoning human bodies with the products of a foul eruption on a cow’s udder could only add fuel to the fire by reducing the vital resisting powers of the sufferers.

I call to mind the case of one adult male I interviewed in one of the smallpox hospital wards at that the. He was vaccinated in infancy, had smallpox when eight years old, and was subsequently re-vaccinated three thes.

That man died of smallpox. I took a particular interest in that case, and was staggered to find when the official report was published that, owing to his having had the eruption so badly as to cover his vaccination marks, he was actually declared to be “unvaccinated”!

I have visited Glasgow in two of its smallpox epidemics. The slums in which they occurred; the overcrowded and unsanitary condition of the tenements told, the same tale as elsewhere. Nothing but sweeping away, the rookeries, where smallpox invariably, takes hold, can ever save those parts of the city from periodical visitations.

Space forbids further reminiscences but it is the same story everywhere. Go back to the records of Old London and we find insanitation and smallpox keeping company throughout.

The Lesson of the Public Health Act

Before the passing of the Public Health Act of l875 in this country, every succeeding epidemic of smallpox was worse than its predecessor in spite of more and more compulsory vaccination; but with less and less vaccination and more and more sanitation smallpox has become a comparative curiosity. It is only in unsanitary quarters it can gain a hold.

Smallpox, typhus, and other fevers occur in common conditions of foul air, stagnant putrefaction, bad house drainage, sewers of deposit, excrement sodden sites, filthy street surfaces, impure water, and overcrowding, and the entire removal of such conditions is the effectual preventive of diseases of those species, whether in ordinary or extraordinary visitations.

When will the medical profession arouse itself to ask the question:

“What is the origin of smallpox?”

When will a Ministry of Health cease to bring discredit upon itself by the advocacy of a disgusting fetish that has proved, itself a failure as a preventive of the disease in every part of the world in which it has been adopted for the last century and a quarter?

When will a British Government that boasts of its progress and civilization cease to ally itself with a filthy, uncivilized, unscientific practice that has done nothing but spread disease and death amongst the populace for generations and which is opposed to the commonsense views of the majority of thinking men and women in the realm? 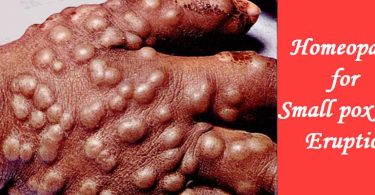 Walter S. Hadwen
J.P., M.D., L.R.C.P., M.R.C.S., L.S.A., Etc
(Gold Medalist in Medicine and in Surgery)
Born in Woolwich, he showed unusual intelligence already in childhood, being able to read Latin fluently by the age of seven. He was articled to a chemist as a teenager, and achieved his pharmaceutical qualifications when he was 22. In 1878 he and his wife moved to Somerset to run his own pharmacy business, but he soon realized that health cannot be bought in pharmacies. Having meantime become a vegetarian, he decided to study medicine. He became First Prizeman in Physiology, Operative Surgery, Pathology, Forensic Medicine, and won the Clark Scholarship in 1891, awarded to the most distinguished medical student of the year. Having practiced vivisection in the course of his early studies, he soon recognized that practice as a medical aberration, no less dangerous than the practice of vaccination. He became famous nationwide when he delivered Gloucester of an epidemic of smallpox in a shorter time than any other British city, by ruling out all vaccination and introducing strict measures of hygiene and isolation of the infected instead; which of course won him the hatred and the abuse of the profit-oriented medical establishment. In 1910 he accepted the Presidency of the British Union for the Abolition of Vivisection (BUAV), which under his competent and flamboyant leadership quickly grew to be, up to his death in 1932, the largest and most authoritative anti-vivisection society in the world.