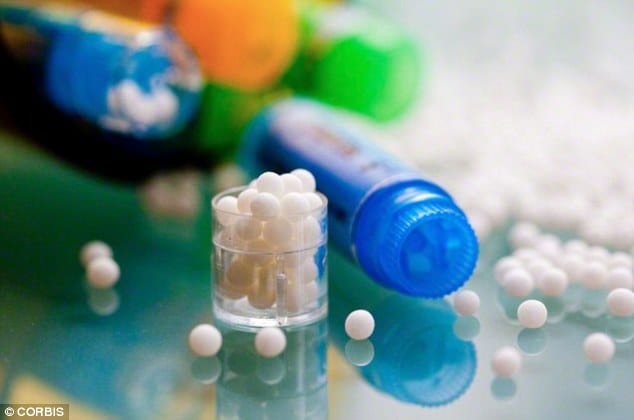 Homeopathy is a strange-sounding word but it just means “Like Cures Like” in Greek.  It may not make a lot of sense right now, but ….

“A Hair Of The Dog That Bit You”

Everyone’s heard of that phrase, right?  It’s what you say to someone who’s had too much to “drink” and now he’s got a really bad headache–what we call a “hang-over”.  It means, “Here, take a small sip of what got you drunk and you’ll feel a lot better.”

Here’s another one:  “What that person needs a taste of his own medicine!”  Or, “We have to fight fire with fire!” …to put this folklore into an actual science with medicines that we refer to as homeopathic remedies; or just simply, “remedies”. Why should we give any attention to a 200 year old obscure healing art that most people have never heard of when we can avail ourselves of the Best of “Modern Medicine”?  Well, for one thing, homeopathy wasn’t always obscure!  And secondly, to the extent that it is, we can thank Big Pharma’s single-minded quest to silence all treatments that it doesn’t personally own!  You know, even Dr. Benjamin Rush, signer of the Declaration of Independence and George Washington’s personal physician, warned that if medical freedom wasn’t written into the Constitution… well, here’s what he said:

“Unless we put medical freedom into the Constitution, the time will come

when medicine will organize into an undercover dictatorship to restrict

Wow!  I’m guessing you didn’t know about that.  But yes, that’s pretty much what’s happened, and Big Pharma is not content to share the stage with anyone; any cure that’s out there that Big Pharma doesn’t own, is either derided or destroyed!  The phrase, “There’s no cure for this disease,” only means, “There IS a cure, but we don’t own it, so don’t expect to hear about it from us!”

Burzynsky, a Texas MD, with a harmless cure for cancer, became the target of a relentless FDA campaign determined to put him out of business.

The fact is, that despite its obscurity, homeopathic remedies work–-like a charm–-and without the harmful side effects of drugs!  (Apparently, this is some sort of crime, to be able to heal without making people sick!)  In fact, I call homeopathic remedies “the real medicine”, because they do what drugs claim to do but usually don’t!

The “Law Of Similars”

Apparently likes are cured by likes!   So, why don’t “opposites” cure?  That’s what your doctor thinks.  It seems logical, but once I explain it, you will say, “Oh, of course!”  And here’s the explanation:  We are not inanimate objects!

Why is that such a revelation?  Because all your Pharma drugs are predicated on the assumption that we ARE just that– that the human organism will accept any drug passively and just sit there and let it work without so much as a peep!  I’m sure that’s what you think too.  But you would be wrong!  Your body is actually a living, thinking, pro-active system that adjusts and readjusts to all in-coming impressions, and nothing makes quite so big an impression as a drug!

If you take an antacid, like Tums, your body doesn’t say, “Oh good, Tums are here, thank God!”  No, it says, “What the heck are these Tums doing here?  They’ve wiped out all our stomach acid!  Now we have to make it all over again!  Geez!!!”

The drug is perceived by your body as an alien force and attacks it, just as it would attack any invader!  This is why drugs need constant repetition—they’re constantly being destroyed!

We call this phenomenon “rebound”, it’s what happens when the drug wears off after the body has mounted a successful attack against it, with the result being that all your symptoms “rebound”!

Whatever you do to the body, it attempts to do the opposite to restore balance.  Your body is always working to establish balance!  “Homeostasis”, it’s called.  If you take a drug to stop the production of stomach acid, your body is just going to make more!   “Doctor, the pain is back!”  No problem, says the doctor, just take your antacid more often.  Well, the same scenario repeats itself with no end in sight!

Your body is ALWAYS striving for balance, and nothing causes an imbalance quite so decisively as a drug.

This is the prototype of all standard medicine!

The clueless doctor never gets the message!  He keeps saying, “Let’s give the drug again!”  What is he setting in motion here?  Drug dependence!

Doctors, take note:  The body self-adjusts to all impressions–your drugs are no exception.

They all palliate in the beginning and aggravate in the end, leading to repeated doses and the start of addiction!

Indeed, you CAN’T stop the drug, because “rebound” is never-ending!

And then “tolerance” sets in!

This is what happens when your body has “self-adjusted” so successfully, so risen to the occasion, that the drug is no longer felt by the body at all; so, higher and higher potencies of the drug are needed to make your body respond to it again; ultimately, you’re in the untenable position where the drug runs out of potencies!

There is no limit to the body’s capacity to “rebound”, but there is a limit to how strong a drug can be before it becomes lethal!  Consequently, in the war between the drug’s symptom-suppressing capacity and the body’s “rebound” capacity, the drug eventually loses; and there you are!

People are OK with symptom-suppression, since they believe that symptoms are the heart of the problem and deserve to be suppressed!  And I know it seems like that’s a good idea; but in reality, what you call a “symptom” is actually your body’s way of defending you!  “Cause and effect”.   Modern Medicine deals with effects (symptoms) and has very little time for causes; getting to the root cause of anything—unless it can be removed surgically—is not what they’re in business for!  Why?  Because the root cause of disease is usually something you eat, like cheeseburgers and French Fries, and doctors really don’t care what you eat.  They want to give drugs, OK?  Drugs make you come back for more drugs.  That’s how a drug-dealer makes his money, on the come-back!

But getting back to why drugs can’t cure, they are aimed at “effects” (symptoms), and cause your body to do something fundamentally unnatural!  For example, your body would never bring down a fever with the virus still present.  If the doctor intrudes with a fever-lowering drug, this is going to make your immune system freak out, because it needs for the fever to be there to burn up the pathogens!  It’s going to fight the drug every step of the way because the drug is putting you at risk by allowing the pathogen to stay and multiply!

It’s like driving a car with the emergency brake on, or going 60 m.p.h. in 2nd gear—your car wasn’t built for that, it’s unnatural, it would never do that on its own; you would have to use force to make your car do that, and as you can imagine, you’d be damaging your car in the process!  When your doctor uses “force” to stop a fever, he’s causing damage in the same way!

Homeopaths don’t like symptoms either; but, we understand that symptoms are effects due to an underlying CAUSE, and therefore, inevitable!

I know, but it may be necessary!  The idea is to stage an under-cover operation, and hope the immune system falls for it!  We send in a “fake disease” (which is what a homeopathic remedy is!), you know, like on “Mission Impossible”?  Did you ever watch that show?  The secret agent wears a disguise, gains entrance, moves all the scenery around and before you know it, everyone has fallen into his trap!  Here’s how the show starts off:  “Good morning, Mr. Phelps.  The immune system has, for whatever reason, decided to start a sneezing fit!  Your mission, should you decide to accept it, is to send in a fake disease and stop the sneezing!  This tape will self-destruct in 5 seconds.  Good luck, Jim!”

Jim sends in a Secret Agent disguised as a “sneezer”!

“Look!  There’s a sneezer trying to break in, let’s get him!” shouts the immune system!  All the T-Cells, Killer Cells, Macrophages, etc. all pounce on the “sneezer” and in so doing, stop all the sneezing in the process!  Sneezing gone, Mission Accomplished!

The “sneezer” was homeopathic pepper!

Why does that work to stop the sneezing?  Because, knowing that the body always does the OPPOSITE to restore balance?  If you “impress” the body with “excessive sneezing”, thereby throwing it off-balance, your immune system will be forced to attack the “sneezing” to correct the imbalance.  If you give a drug, the immune system will go after the drug—not the sneezing!  Do you see what I mean?!

Well I certainly hope so, cuz I’m running out of metaphors!

But in truth, gardeners already know this!  They know that if you want the branches of your tree to grow back, you have to cut them off!  Just think about that for a minute!  I’m sure you’ve seen it before.   Your tree starts “thinning”, what are you going to do?  You have to cut the branches off!  The tree responds to this extreme imbalance by doing the OPPOSITE!  You cut them off, It grows them back!  “Hey!  Who cut my branches off?  What the heck?  Who would do something that stupid?  Now I have to grow them all back, in fact, to keep this from happening again, I’ll have to grow twice as many back!  They’ll be sorry—whoever did this!  OOhhh!!!!  I’m so mad!  What nerve!”  The organism always does the OPPOSITE to restore balance!

Think about this phenomenon in connection with cancer.  Your doctor wants to cut all the tumors out.  A gardener would tell him that this is not going to work!  What’s your body gonna do?  The opposite!  Grow them all back!  And every doctor has seen that happen.

What something can cause, it can cure in small doses!

LIKES ARE CURED BY LIKES! Tidbits-88: “The Picture Became Quite Clear” Tidbits 58: The Latest Fad In Homeopathy? Tidbits 77: How Much Do You Know? (A Homeopathy Test)