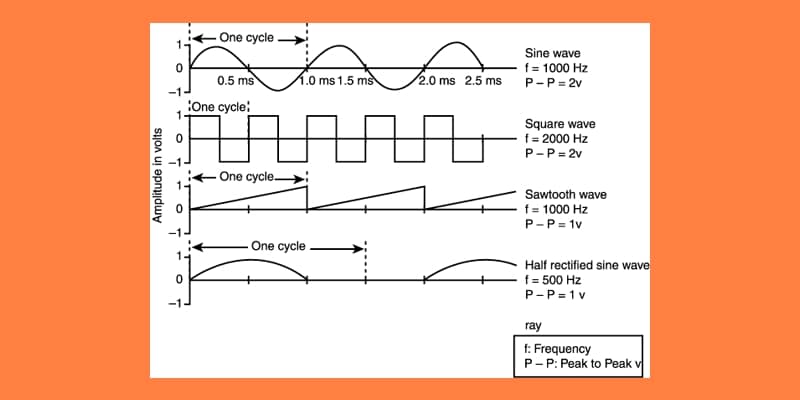 Homeopath and former Nasa researcher Am Lansky discusses potency in terms of wave forms. This is another way to visualize potency effects.

Understanding the action of different potencies and potency systems can be difficult. It is an intuitive form of knowledge that grows with experience and time. While homeopathic training spends a great deal of time on the symptoms and nuances of each remedy, comparatively little time is spent on distinguishing between the use of different potencies and potency systems.

In this short article, I will try to describe a way to visualize or understand the differences between the various types of dilution –  LM, X, C – as well as between different levels of dilution — e.g., 30c, 200c, etc.

Please be aware that this discussion should be viewed as a “thought experiment.” It reflects my own intuition and way of visualizing potencies, not any kind of verified scientific understanding.  I hope it is both intriguing and useful to you!

First, begin by thinking of a remedy as conveying a very complex waveform – an energetic oscillation with a particular pattern. Any waveform has different parameters that characterize it. These include (but are not limited to):
* its pattern (the overall shape, with distinctive high and low sections)
* its amplitude (the height of the various oscillations)
* its wave shape (the shape of each of the waves – ranging from jagged and pointy to boxy to curvy waves of various gentleness)

Using these ideas, one might visualize the differences between the various remedies and potencies in the following way.

What about frequency – the density of repetition of the remedy pattern?  When you think about it, the pattern of any waveform is determined by how it combines different frequencies. In other words, frequency is just an aspect of the remedy pattern. As mentioned above, most remedies are actually made from compound substances – for example, a plant is composed of many elements.  Perhaps the pattern of a plant remedy is actually composed from the frequencies of its elements. In the realm of sound, a particular frequency determines its pitch. By analogy, the overall complex pattern of a remedy waveform that is composed from many constituent frequencies is like a specific harmony.

Given the formulation I have just described for understanding remedies, potency systems, and potency levels, the job of the homeopath is to find a remedy whose waveform most closely matches and “fills up” a patient’s energy waveform.  Any areas in which the waveform of the remedy goes “outside” the boundaries of the waveform of the patient is a place where aggravations or provings might be triggered. The closer the match between a remedy and a patient waveform, the greater and more positive the healing effect.

Now let’s examine some common teachings about potency selection and see how they jibe with this model.

Young healthy people with more vitality likely have waveforms of higher amplitude. As a result, it is safer to give them a higher potency remedy. However, old or weak individuals have lower amplitude waveforms and therefore require lower potencies.

A high potency will also pack a larger punch.  Using the analogy to sound waveforms (in which amplitude determines loudness): if you impact a patient with a very “loud” remedy, it is likely to reverberate within them for a long time.  That’s why a high potency usually lasts longer than a “softer” low potency remedy. Of course, some individuals are much “deafer” and require a very loud punch in order for the remedy to be “heard.”  Others will hear the quietest sound and be very sensitive to it.

As we have all been taught, if a homeopath isn’t very certain of a remedy match, it is always safest to begin with a low potency. That is because the shallow waves of a low potency will more easily “fit” within the waveform of the patient and cause less aggravation. Once a good fit has been established by a positive remedy reaction, it is safer to try out higher potencies – at least until they aggravate or exceed the boundaries of the patient’s waveform.

By the same reasoning, because of their low amplitude, low potencies are often more applicable to a wider range of people with differing wave patterns. In other words, low potency remedies “fit” inside different waveforms more easily. That’s why low-potency combinations sold in health-food stores are usually safe for most people, especially if they have good vitality. If they match well, benefit will accrue.  If they don’t, little is harm done.

By the same principle, people with great sensitivity and weak vitality will be less aggravated by the more gentle and less boxy waveforms of LM potencies. As the patient’s vitality is boosted and transformed by homeopathic treatment, it becomes safer to slowly increase the potency (amplitude) of the dose.  And after time, the more jagged C and X potencies become better fits too, as greater health and robustness is achieved.

What about reports that specific potencies can address different aspects of disease – even different organ systems? As a simple example, according to some of Sankaran’s theories, mentally-focused cases warrant higher potencies and physically-based cases warrant lower potencies. It is my guess that the human waveform is actually a very complex composite of many different superimposed waveforms. These might include the waveforms of active and latent miasms, past and present disease waveforms, different organ system waveforms, as well as the original healthy pattern of the individual. Each chosen remedy and potency might then be more or less applicable to components of this overall composite waveform.

Perhaps, one day we will actually be able to reliably measure the waveforms of our remedies and of our patients. If so, the application of remedies to patients – even the order of their application – could be optimized. Who knows?

50 Millesimal Potency in Theory and Practice

Amy L. Lansky, PhD was a NASA researcher in artificial intelligence when her life was transformed by the miraculous homeopathic cure of her son's autism. In 2003, she published Impossible Cure: The Promise of Homeopathy (www.impossiblecure.com), now one of the best-selling introductory books on homeopathy worldwide. Since then, Lansky has broadened her investigations to include ancient and modern teachings about consciousness, meditation, synchronicity, and our collective power to evolve and transform our world. The result is her second book, Active Consciousness: Awakening the Power Within (www.activeconsciousness.com), published in 2011. www.impossiblecure.com www.activeconsciousness.com www.amylansky.com