Homeopaths without Borders in Germany is a group of homeopaths formed in 1966, who are dedicated to helping care for people threatened by war, and other natural disasters. They bring homeopathy to areas where health care is badly needed but lacking. They have treated thousands of refugees who lost their homes and families, women who have endured rape and men who have survived torture in concentration camps. These homeopaths travel the world to disaster areas and often live under difficult conditions while treating patients. In Honduras they taught homeopathy to doctors and nurses of several orphanages and a homeopathic society was established with ongoing seminars.

Last year Homeopaths without Borders in Germany celebrated its 10th anniversary. Recently their Chairperson, Elisabeth von Wedel was nominated for the German award for voluntary social engagement. If the organization wins this award, it would be a confirmation of the work homeopathy does around the world. The organization would also receive a monetary award to help carry on their work.

In light of recent attacks on homeopathy, it is especially important that homeopathy be officially recognized and validated. If you feel grateful for the work Homeopaths Without Borders has done and would like to support both that organization and homeopathy, you can vote for them to receive this award. It only takes a few moments.

Go to this website http://www.gebengibt.de/projekt_detail_ansicht.html?&id=17 Scroll down to the yellow button on the left side, “Stimme abgeben” and vote by typing in the jumbled letters you see in the blank box.

Be sure to pass this on to your friends in an email chain!

Note: If you would like to read more about Homeopaths Without Borders -Germany see the interview with Elisabeth von Wedel in Hpathy: https://hpathy.com/past-present/it-all-began-with-a-vision-homeopaths-without-borders-e-v-germany/ 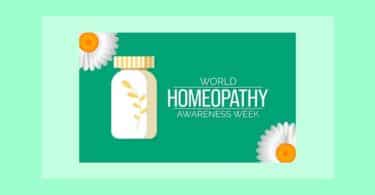