Parts Used: Tincture of the root, Triturations of the resinoidal helonin Helonias dioica is an excellent female remedy which is usually indicated in prolapse and malposition of the uterus. There is extreme consciousness of the womb. Menses is too frequent and too profuse. Sensation of weakness, dragging and weight in the sacrum and pelvis, with great languor and prostration, are excellent indications for this remedy

Time and quantity of the menstrual discharge

Repertory of the diseases of mother and newborn – B.Sc. Meera

Hence Helonias is predominantly a female remedy prescribed mostly as an acute and specific remedy. It is prescribed for symptoms like sensation of weakness, dragging and weight in the sacrum and pelvis, with great languor and prostration. Prolapsus with ulceration and a constant dark fetid, bloody discharge. Excessive uterine hemorrhage. Leuchorrhea with atony and anemia. 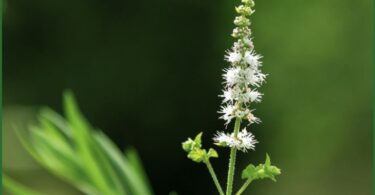