I was born in Flemish speaking Belgium in 1962.
For some unknown reason, at the age of 14, I decided I would become a vet. I graduated 10 years later. I first started working in Wales (UK), then moved to Brittany (France) and later to the North of France, to return 13 years later to the UK. I now live in Wiltshire (south of Oxford) where I am building a classical Homeopathy practice.

After a few years of conventional practice, I became frustrated with the lack of effective treatment for many recurring symptoms. When I bought a book via a publicity mailing (Kollitch, HomÃ©opathie, Helios France), I found it most intriguing. I did not fully understand what it really was about but the strange attraction of homeopathy had caught me. I started studying Homeopathy in Paris in 1992. The course was organised by a group of veterinary surgeons teaching a very difficult to qualify type of homeopathy. Unicism, pluralism and complexism collided amongst different courses and personalities. I sat through the full four years of part time study, but the result was that none of my prescriptions worked.

Through luck, I landed in a school in Belgium where a local vet had gathered several doctors and other veterinary surgeons around him to create one of the most flourishing classical homeopathy schools in French language. (We do use Repertory and Materia Medica’s in English though, to allow contact with the rest of the homeopathy world.) I discovered classical homeopathy, founded on good remedy selection techniques and remedy pictures. And subsequently, homeopathy started to work for me.

Contrary to many, I did not come to homeopathy after having witnessed its effectiveness. It is the absolute logic an honesty of its principles that gripped me and kept me motivated to master its principles.

Having seen the difference between two approaches of homeopathy, I am now amongst all those who promote classical homeopathy. I do not use any other alternative techniques but keep on practicing some conventional medicine to keep a healthy contact with official medicine.

My principal message for all those who want to participate in the promotion of homeopathy is the following:

For homeopathy to survive and progress we have to be very rigorous about how we practice but also what we write and the cases we present. What is put out in the written word will be used by some to learn and others to criticise homeopathy. Hpathy.com is making good effort to promote this spirit and I hope that all of you who would like to contribute to the mission of Hpathy.com will consider your contributions critically before submission.

A thank you to the rest of the team for their input. 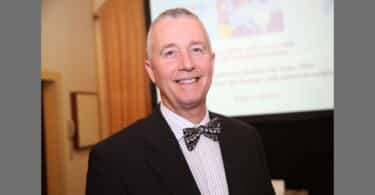