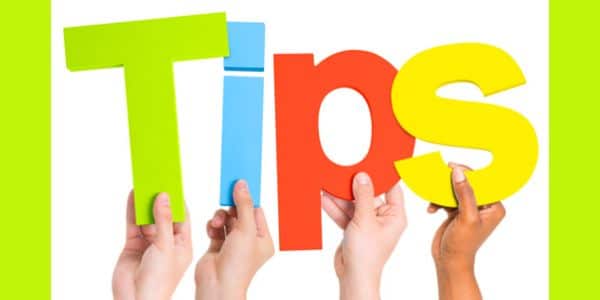 Homeopathy Tips from the Masters

B. Convallaria: where the patient cannot lie down but must sit propped up in bed.

Phaseolus: Irregular weak pulse, heart failure are the chief key notes of “Phaseolus” in heart troubles according to Dr. Allen. Fearful palpitation and a feeling that death is approaching. 6th to higher potencies.

Lancinating Pains of Heart : Shifting from (a) base to apex : Syphilinum; (b) Apex to base : Medorrhinum; (c) base to clavicle or shoulder : Spigelia.

Dr. Subrata K. Banerjea – Standstill Cases – Giving an Intercurrent with Emphasis on the Scope of Using a Clinical Tip

Burns and Scalds of the Eye

Rhus, Cantharides, and Urtica urens are recommended as the most homoeopathic remedies in the first or acute stage. Dudgeon says that Aconite is also useful in

the inflammation produced by the action of acrid substances in the eye, by wounds, and by burns.

A Treatise On The Principal Diseases Of The Eyes Based On Theodore J. Rueckert’s “Clinical Experience In Homoeopathy” – By John C. Peters, M.D.  1856

Acute insanity, even though due to latent psora, should not be treated with anti-psoric remedies at once, but met with remedies like Aconite, Belladonna, etc., in highly attenuated doses. After such treatment, anti-psoric remedies, with well regulated diet and habits, will do the rest.

In Intermittent diseases, the symptoms which mark the condition of the patient during the period of intermission should chiefly be taken as guides in selecting the most striking homoeopathic remedy. The best time to administer the remedy is a short time after the termination of the paroxysm, when the patient has partially recovered from it.

Aggravation follows sometimes even a minute homoeopathic dose. If so, it indicates that either the dose selected is still too strong, or the remedy chosen was perfectly homoeopathic to the case and the aggravation would be but very temporary and would be in itself the best possible indication to do nothing further but wait.

So long as improvement shows itself, do not change the remedy, and better also, do not repeat the dose. Learn to wait, for so long as the disease does not progress any further, after giving the medicine, there is no danger in waiting.

In acute diseases, the doses may have to be repeated frequently, according to the intensity and severity of the case. As a rule every hour or two is often enough, and in the most acute, as often as every five to ten minutes may be necessary, but all medication should cease with commencing improvement.

The whole cure fails if the anti-psoric remedies, which have been prescribed for the patient, are not permitted to act uninterruptedly to the end. Even if the second anti-psoric should have been selected with the greatest care, it cannot replace the loss which the rash haste of the physician has inflicted on the patient. The benign action of the former remedy which was about manifesting its most beautiful and most surprising results, is probably lost to the patient forever.

The marvelous sagacity of Hahnemann is seen in his selection of sugar of milk for the process of triturating mineral drugs. No other known substance could equal the sharp, flinty crystals, in grinding to an inconceivably fine powder hard mineral substances, so that they can be rendered absorbable by the body.  Its preservative properties are very great, keeping the minutest particles of triturated metals untarnished by oxidation indefinitely. It is easily made into tablets, which, in their pores, can be made to absorb medicinal, alcoholic solutions.

The prover should not depart in any material way from any of his ordinary habits of life, because his life is based on these habits and conformed to them, and any marked change in these must result in changes more or less important, which might be put to the account of the drug; hence, his food, drink, sleep, exercise, and habits generally must be such as he has been accustomed to.

A Compendium Of The Principles Of Homoeopathy As Taught By Hahnemann, And Verified By A Century Of Clinical Application by -Wm. Boericke, M. D.

The value of Cinnabar as a remedy for ciliary neuralgias has been often demonstrated, where the indication of “pain extending from the inner canthus around the brow “ is present, but we owe to Dr.  H. C. French a confirmation of the following indication for its employment, viz., “a full, heavy feeling in the whole head, temporarily lessened by pressure.” “ Dull pain in the forehead over the eyes, increased by use.” “Shooting pains in the forehead.” “Sticking and itching in both canthi and in the forehead.”

Transactions of the World’s Congress of Homoeopathic Physicians and Surgeons May 29, 1893

Warts on the Hands

Sulphur, once a day for a week or two, is an excellent remedy for numerous and obstinate warts upon the hands. It is also useful after other medicines, to eradicate the tendency to recurrence. Dulc. 3, Ant.- C. 1, and Ac-Nit. are also often successful.

Experience informs us that Hepar is a suitable remedy on the second day, if mucus begins to accumulate in the windpipe, there is no increase of hoarseness, no dyspnoea or very little of it, and the cough has a uniformly croupy sound; hence Hepar is indicated in the milder cases of croup.

Spongia is required if the croup shows its malignant features after the lapse of a few hours, the cough has a hollow sound, less resonance, the hoarseness approximates to aphonia, the dyspnoea is more marked.

lodium is to be given if the symptoms steadily increase in intensity, the loss of voice is complete, the dyspnoea has reached the highest degree of intensity, and the cough has lost a good deal of its ringing and shrill sound.

Coffea in After Pains

Clinically we find Coffea a most valuable remedy for the “after pains” of nervous , excitable women. The patient says the pains are unbearable, that she must have morphine or something to relieve her from such terrible suffering.

Thin, spare, scrawny, dark.  The expression of the Secale patient is so marked I would impress it on your mind. Face drawn, sunken, hippocratic, pale. Agg. in morning, f rom warmth, during menses and pregnancy.  Amel. Cold.  Icy cold feeling externally and burning hot internally, so that patient objects to covering.

I have cured a few cases of psoriasis with it Arsenicum Iodatum, depending upon the tuberculosis diathesis and the general symptoms. However, I have found it most useful for cases called “moist desquamative eczema.”

Arsenicum iod. has demonstrated its usefulness in many cases of pulmonary disease, both subacute and chronic, and various forms of phthisis pulmonaris have been cured. It seems probable that in the Iodide of Arsenic we have found a remedy most closely allied to manifestations of tuberculosis.

Some Tips from Dr. E. A. Farrington

Castoreum, a product taken from the beaver, is a very useful medicine for patients, especially women, who are nervous and do not react after typhoid fever.  If, after the fever has spent its force, the patient remains irritable, with weak and exhausting sweat, Castoreum helps her at once.

Hepar must not be forgotten in marasmus of children.  It stands between Sulphur on one side and Calcarea on the other. The symptoms which lead you to Hepar in the complaints of children are weakness of digestion; they cannot manage their food, no matter how well-selected it may be.  The stools may be greenish or slimy, undigested, or white and sour.

Mephitis acts powerfully on the nervous system.  If taken in a low potency when  one is exhausted, it tones up the nervous  system and relieves the exhaustion.