Tips from the masters and important news. Tips on COVID, tips from Dr. A. L. Blackwood, tips from Dr. Jean Pierre Gallavardin on alcoholism, and more.

Severe COVID Can Result in Ageing

In a study comparing 46 severe COVID-19 patients with 460 matched controls, researchers found the mental impacts of severe COVID-19 six months later can be the equivalent to aging 20 years – going from 50 to 70 years old – or losing 10 IQ points.

In March 2022, AT&T announced it would be speeding up its 5G deployment by attaching small cells to existing streetlights using Ubicquia technology.  According to Ubicquia and new business partner, Movandi, 360 million streetlights could be given the same treatment. Here’s the latest research:

7 out of 10 German veterinarians use homeopathy in small animals.

German researchers have carried out a study regarding the use of naturopathy and complementary medicine in the small animal clinic.

The authors concluded that the 85,4% of all questionnaire participants used naturopathy and alternative medicine. The most used treatments were complex homeopathy (70.4%), phytotherapy (60.2%), classical homeopathy (44.3%) and biophysical treatments (40.1%).

Abrotanum: In marasmus the child is irritable and there are dark rings about the eyes. The appetite is ravenous and yet the child becomes more emaciated.

Carbolic Acid: Indicated in cases where there are putrid discharges from any orifice, profound prostration, surface of the body bathed in a cold perspiration. Malignant cases of scarlet fever when the face is of a dusky red and the mouth and tongue are black.

Rumex crispus: Incessant tickling in the throat-pit, which causes a dry, teasing, fatiguing cough. Worse evening, lying down, pressing the throat-pit, and from inhaling cool air. The urine often passes involuntarily during coughing.

Sabadilla: In hay-fever and influenza with violent, spasmodic sneezing and lachrymation upon going into the open air. Burning, watery discharge from eyes and nose. Also useful for worms, ascarides and lumbricaria when twitching, convulsions, and trembling result from these conditions.

Sepia:  An important remedy in constipation during pregnancy. Stools are hard, knotty, in balls, insufficient and difficult, and there is pain in the rectum during and following the stool.

Baryta Muriatica:  In the relief of aneurism, and of sclerotic degeneration of the cardiac orifices, and of the brain, spinal cord and liver.

Pyrogenum: Septic conditions following abortions and confinements, when the lochia is thin, acrid, and very foetid, or suppressed. The pulse is rapid.

Zincum metallicum:  Nervous and cerebral exhaustion, mental and physical depression, from cerebral anemia. Of service in convulsions during dentition, when the face is pale, with a normal temperature.

Plumbum:  Indicated when the complexion is waxy, pallid, greasy and shining. Sweetish taste in the mouth, and everything tastes sweet. There may be a blue line along the margin of the gums.

Fluoric Acid:  This remedy is indicated in the complaints of old age and of those who are prematurely old. They are relieved by moving about quickly, and from cold.

Robina: This remedy is indicated in hyperchlorhydria when there is an excessive acidity of the stomach with constant eructation and vomiting of a sour fluid that sets the teeth upon edge.

Chromic Acid:   In post nasal tumors and epithelioma of the tongue, when there is an offensive odor from the parts, and gnawing pains

Strophanthus: Of service when the heart’s action is rapid and feeble, the pulse is irregular and weak, severe dyspnoea, and a condition of arterio-sclerosis present.

Some tips on treating alcoholism by Dr. Jean Pierre Gallavardin

In the choice of remedies, note the intellectual and moral symptoms presented by the patient and produced by the drug proved upon the healthy subject.

In chronic diseases, give in one dose the remedy selected, then let it act for weeks and months.

“Here are fourteen principal remedies, which, administered in high potencies (200th and above), one single dose for two, three, four, six or seven weeks, partially or completely destroys the inclination to get drunk, and often prevents the manifestations of divers symptoms which are cured during drunkenness—symptoms which  I have indicated for each of these remedies.”

Nux vomica — Violent people, often cross,  and  whom sorrows or cares lead to drink as a means of forgetting, and who spit frequently. Or mild-tempered people, kind and affectionate in their ordinary condition, who, while drinking, become brutal even to striking insulting, sometimes weeping.  Tendency to jealousy.

Sulphur – Slow-going people, getting drunk in secret.  Having neither the sentiment of duty nor strength of will to accomplish duty.  Mild before and brutal during  drunkenness.  More intelligent while they are drunk.  Saying and doing while drunk what they would neither say nor do before.

Causticum – Fussy, quarrelsome, cheating, much inclined to be moved to tears before and after drink. Very great genital overexcitement before and during drunkenness.  Indicated for persons who have lost their  loved ones.   Adults lacking in common sense. Sometimes inclined to theft.  Spendthrifts.

Lachesis – Ill -natured people, hard to get along with.  Inclined to violent crimes, vindictive, wicked, jealous, envious, licentious.  Inclined to kill others, but not to  kill themselves, except to get themselves run over by a vehicle.  Talking ceaselessly before  or during drunkenness. Sometimes spending too freely, some-times close-fisted.

Calcarea  carbonica. — Corpulent, obese people having neither the sentiment of duty nor the strength of will to accomplish it.  Having motiveless  dislike  for  certain persons.  Inclined to steal and to lie.   After excessive mental labors, which have weakened the in-tellect, and inspire a fear of losing their mind.  Envious, hateful, vindictive, somewhat licentious.  Devoid of will-power and unable  to refuse a glass of wine.

Hepar Sulphuris — Persons who are not affectionate, always  dissatisfied,  high-tempered, easily angered, even to homicide.  Inclined to be criminal.   Needing wine to be able  to work  mentally.

Arsenicum album —Wicked, vindictive, merciless, sometimes jealous; inclined to commit crimes. Persons who are always thirsty and take any kind of drink. Inclined to vomiting, and more still to diarrhoea. Much inclined to persecute others.

Mercurius vivus —Always dissatisfied with everything, everybody, and themselves.  Inclined  to caries  of the teeth,  to engorgement of the gums, to salivation. Great gamblers.  Spending day by day what they earn.  Hard to get along with and weak-minded

Petroleum —Drunkards without energy, without  strength of will, unable  to re-fuse a glass of wine, vomiting after the least excess in drink, talking much when they are drunk.

Opium.—Especially brandy-drinkers. Getting drunk over humiliations, inclined to weep easily.  Very gay or stupid or sleepy while drunk.

Staphisagria.—Suits drunkards who have made  an abuse of venereal pleasures.  Being unnerved, they imagine  they can  restore their  poor organism by the abuse of alcoholic liquors.   Sad before, during and after drunkenness. Hypochondriac. Inclined to persecute.   Bachelors and, more still, licentious  husbands.   Onanism.  Jealous.  .

Conium maculatum.—People who drink to “brace up,” because  they feel extremely lonesome, cold and chilly. Great indifference.  Intelligence not as yet thoroughly developed.   Adults lacking in reason. Paralytic weakness of the lower spine, and especially of the lower  legs.

Pulsatilla — People  who imagine they strengthen  their  stomachs by drinking, and whose digestive powers are really insufficient.  Sad while they are drunk.  Desire for cider.  Chlorotic women and girls who drink for the purpose of gaining strength.  Jealous, and still more envious, inclined to  hate. Spendthrifts through  ostentation.  Timid, and even cowardly.

Magnesia carbonica — Suits drinkers of mild  liquors, those who make very frequent use of dainties and candies. Shrewd, sad, taciturn or loquacious.   Face livid or scarlet.   Sleeplessness during the night.  Sleep during the day.  Speaking ceaselessly while drunk.

It is particularly in nervous affections of the eye that we find Phosphorus indicated, and by “ nervous “ I mean belonging to the nerves of the eye.  Thus it is suited to hyperaemia of the choroid and retina, which may result in retinitis or  choroiditis, and when it  does  so result, it is apt to be a serious trouble.  Vision is greatly lessened.  The patient sees all sorts of abnormal colors, black spots in the air and  gray veils over things.

There is a condition of the urine, in which it is loaded with urates as evidence of  exhaustion from disease. Perhaps the best remedy in the materia medica for this  symptom, other things being equal, is Causticum.

Ambra grisea acts markedly on the female genital organs, its action here being quite important and unique.   It causes atony of the uterus.  The menses are regular as to time or they come a few days too early, but they are very profuse, and are accompanied by nosebleed and by increase in the varicose veins on the legs. 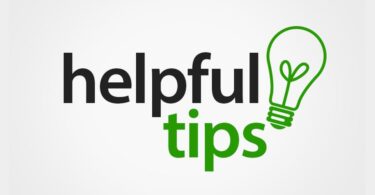