This case is veterinary example of how important it is to use a little imagination. Thank you Gabrielle to have pointed this out in your interview. (Ezine of November)

Using your imagination does not mean inventing or imagining things. It is important to stay in the homeopathic spirit: determine what needs treating, find out what is strange and unusual in the case, look for how you can translate this ‘unusualness’ into a remedy.

Any information that is specific to the remedy, whether obtained from intoxications, provings or something original related to the substance, may be used to determine the remedies individuality. The remedy as well as the patient needs to be looked at for it’s individual character.

The patient this time is a 10 year old pony: a medium sized Welsh cob. He is used for pulling a cart with two passengers and participates in local competitions. He is a strong little fellow and will go on for hours without showing any signs of fatigue, …. until he is asked to go on a slope (uphill). ‘Something is not quite right’ the owner tells me. ‘It has been like this for a while now. He really struggles when he has to go up a slope, even when it is a mild slope.’

Clinically, there is nothing wrong with him. This is also confirmed when it is obvious that he can go for miles pulling two people in the cart without becoming tired, as long as he is not asked to go even on a mild slope. ‘We have to get off the cart’, says the owner.

Teddy is intelligent, quick, happy, playful but a little tense if a stranger (like me) approaches. He was born in a semi-wild situation. He is wary of men.

During the consultation the owner tells me the following:

‘He will do everything I ask him to do. When we turn in a circle, he tends to look to the outside rather than bending his head towards the centre of the circle. Maybe this is due to my imperfect driving? He gets distressed when we go uphill. He is nervous when we go to a competition and make a mess in his box.’

I ask why this time she used the word ‘distressed’ to describe how he is going up a slope.

‘ It seems that it is almost too much for him. Sometimes he stops. Some days it is worse than other days.

He stands his ground in the field. I had to separate myself from another pony because they would have killed each other. He will come up to my old horse to help him. He is ok on his own in the field.

He is a perfect pony. He is easy to catch in the field.

In the competitions, I am usually 4th or 5th, I am competing against myself. He is better during competitions than when we are training at home.

He is stunning, he shows off, he looks like a little stallion. He is full of himself. He recovers very quickly after his climbs. He sweats normally.’

The only strange observation in this case is Teddy’s incapacity to go uphill. This stands against all the other signs of his strength, both physical and mental.

Looking for inspiration, I checked in the rubric. Generals, ascending, high (Synthesis). I preferred this rubric over the one that refers to ascending in general only: it was as if Teddy was climbing high in the mountains every time he went up a slope.

For completeness one can cross with the rubric ‘Generals, strength, sensation of strength‘. (4 remedies: Arsenicum a, Bryonia, Calcarea C. and Coca). Teddy seemed to be a strong fellow and convinced about his strength (so was his owner).

I have in front of me what looks a very healthy pony who needs something to climb the mountains. Coca seems like a good idea: it is chewed in South America by the natives who work in the mountains. There was nothing physical and his ‘response’ to ‘climbing in the mountains’ seemed a little exaggerated. The owner’s expression “It seems that I am competing with myself” may well be seen as an expression of the state of Teddy and adds to confirm the remedy.

Teddy took one dose (dissolved in water) of Coca 200 in December 2004. Since then (Dec. 2005) there have been no troubles with slopes any more. Nothing was changed in his food or training regimen (all this was checked before homeopathic prescription). He has also become more relaxed since then (there are less issues with strangers) and he has won his first competition.

Coca’s symptoms are mostly related to giddiness, vertigo, tired, aggravated from heights, etc. There is one very peculiar Key-note: “A sensation as if foreign bodies were under skin, generally small round substances like grains of sand.” (Clarke)

The remedy is associated with fascination for hard work (i.e. admires the activity of insects) or has an inclination to hard work. Patients may have a feeling of being above the others. Society is not up to their ‘height’. They have the impression there is no step to descend to society – in cases of depression. Patients are usually aggravated on heights, but one live case explained how he became so much better when he found himself in the mountains between 1500 and 2000 meter altitude. This altitude is associated with the growth of the Coca plant. 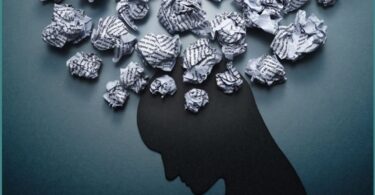 My Journey with A Legend: Working Together with Dr. Rajan Sankaran Working with Babies and Children