A poodle with a growth is helped by homeopathy.

Friends of ours are poodle lovers. They have, over the course of the years, adopted at least four rescued poodles. The most recent adoptees, Josie (black miniature female) and Sammy (white miniature male) joined the household about three years ago. Because they are rescues, it is difficult to know how old they are, although both animals were adults when adopted.

About a month ago, when we arrived for our weekly study group, we were surprised to see Sammy greet us with a large Elizabethan collar, or E-collar, which is made from semi-hard but flexible plastic. There were also two shaved areas on his back. His owner, J. explained that there were two “abscesses” on his back and that the vet had removed them. Apparently the two “abscesses” had extended subcutaneously for some distance and proved to be much deeper and larger than expected. One of the incisions looked to be about ½ inch in length and appeared to require two surgical staples to close the skin, while the larger of the two appeared to be approximately 1 inch in length and seemed to require four staples. Sammy was known to “worry” sutures, hence the E collar.

The following week, Sammy still had the E collar on. When I commented that those must have been the king and queen of abscesses, Josie’s owner scooped up Josie and showed me a similar one on Josie’s back. It appeared to be a small cauliflower type growth about 1/8 inch in diameter, but when I touched the area, it was clear that the growth was hard and extended subcutaneously for about a half inch around the surface growth. Josie remained calm and collected in her owner’s arms while I examined the area and she exhibited no sign of discomfort. L. said that they were planning on having the growth surgically removed once Sammy’s incisions healed.

Shortly after that, Sammy had the staples removed, but the larger incision was slow to heal. He was still wearing the E collar. I suggested that perhaps Josie’s growth could be treated by using a low potency of Silicea. L. agreed and mixed a few pellets with water to give to Josie. L. subsequently reported that Josie had taken the first few doses of the water potencies without a fuss but later refused it. The growth had not appeared to change. I advised her not attempt to give another dose of the Silicea and said that I would do some further research on warts, moles, skin tags and abscesses.

One of my veterinarian reference books suggested that many dog owners had good luck removing warts with Vitamin E, but that it should used in conjunction with Natrum sulphuricum 3x. The author also noted that the Vitamin E treatment could take a few weeks. However, since Sammy was still in the E collar at least a month following the surgery, it seemed like a fair trade off. L. agreed. I promised to bring some low potency Natrum sulph when we came for study group next and she could start the Vitamin E right away.

With one thing and another, trying to get out the door for study group was a bit hectic, and I inadvertently left the packet of Natrum sulph on the table at home. When I apologized for not bringing the remedy with me, L. said that the growth had gotten larger and “softer”. A quick check of the area revealed that there was a clot of matted hair over the area, which did appear to be much softer to the touch. The area around the growth no longer felt hard to my fingertips. Josie was wiggling and the hair mat lifted up briefly to reveal that the surface growth was no longer there. L. and J. both checked. It was gone. We carefully removed the matted hair with scissors to prevent a hot spot from forming. Once the hair was gone, we could see a tiny, cup shaped indentation where the growth had formerly been. There was still a trace of blood and one edge of the wound still exhibited a slightly raised lip. L. said that she had never remembered to apply any Vitamin E, so we applied a light coating of Vitamin E to the exposed area. By the following week, the indentation had healed over.

Although Sammy was still wearing his E collar, his incisions had healed up and the hair was beginning to grow back in. Unfortunately, one of the “dissolving” sutures in the larger incision hadn’t dissolved and could be easily seen beneath the newly healed skin. It also could be felt as a small raised bump, but caused Sammy no distress when touched, other than his normal eagerness to inspect the spot. J. mentioned that she was considering taking him back to the vet to remove that last suture. Since it had taken him so long to get to this stage of healing, I suggested that perhaps one dose of Silicea in water might move the suture back through the skin where it could be clipped and removed. Hopefully, the knot securing the suture will be small enough to slip out without reopening the newly healed skin more than necessary.

While it is difficult to do an apples- to- apples comparison here, since I did not see Sammy’s original growths, both L. & J. assured me they were similar to the one that Josie had. However, there are a few areas that can be compared, such as the impact of the treatment on the animals. Josie’s treatment was speedy and non-invasive compared to Sammy’s. There was no surgery involved, no anesthetic, no suturing and the recovery time was minimal. It was also interesting to note that Josie originally took the remedy mixed in water and later refused it once the remedy had begun the healing, even though neither L. nor I knew it at the time.

I’m pleased that Josie’s treatment went so well and hope that Sammy, who is finally free of the dreaded E collar, continues to recover. 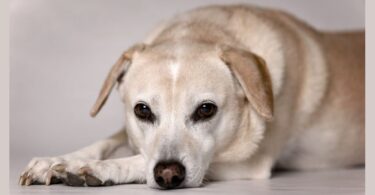