A review of Levels of Health, the book by George Vithoulkas and Erik van Woensel.

The world famous Greek homeopath George Vithoulkas wrote a new book called “Levels of Health”, which is the second volume in a series called “Science of homeopathy.”

The book has two sections, a theoretical part and a practical part with cases. The first section starts with an introduction in which the following subjects are discussed in four pages: the energy complex, vital force, the defence mechanism, the symptoms used for correct medication and evaluation of the treatment.

The next chapter is called “Levels of Health”.

The concept of these levels of health is extensively explained. The twelve levels are sub-divided into four groups, A, B, C and D, which are linked to the level of a client’s needs. Vithoulkas: “At the top of the scale we find the organisms with a good general condition and well-functioning defence mechanism, without heavy hereditary predispositions.” Further on: “It is however, important to understand that almost any pathological condition may arise on any level, but that the prognosis is different according to which level of health the patient belongs” and “…….our organism is constantly in a dynamic state that is not steady or fixed but fluctuates within the same main level all the time.”

According to Vithoulkas, there are also two general rules: The lower a patient is on the levels, the more difficult it will be to find the correct remedy and secondly, the more remedies the patient will need.

So the purpose of the levels is for prognosis and life expectancy, and to select the level of potency of the remedy.

Also in this section you will find other aspects of treatment like susceptibility, genetic predisposition, the importance of a clear remedy pattern, potency selection, repetition of doses, antidotes, vaccination, acute diseases during chronic treatment and remedy reactions.

The second part of the book is filled with some cases: herpes zoster, osteoarthritis, recurrent tonsillitis and otitis media, recurrent acute diseases and epileptiform seizures, multiple sclerosis, sleeping disorders in a child and finally cholangiocarcinoma.

The cases are presented and discussed by Erik van Woensel, a Dutch colleague, who runs a school in which Vithoulkas’ method is explained with video-lessons of the master. Finally the book contains a chapter “Obstacles to homeopathic treatment”, in which the following subjects are discussed: triggering or exciting causes of diseases, self-preservation and human evolution, the concept of cure and obstacles to homeopathic treatment.

The concept of levels or “layers” is not entirely new. In “The science of homeopathy” [1980] Vithoulkas already explained his ideas on these layers, but there are differences. In his first book Vithoulkas linked the layers to the physical, mental and emotional state. This seems to be the “missing link” in this new book, or should one start with the first book?

This new book offers a lot of information for students and practioners from a very experienced homeopath, although to me, the added value of the levels seems to be uncertain. Although Vithoulkas recognizes the importance of miasms, he wants to change this term into “genetic predisposition”, it being a more acceptable term. However, this raises some questions.

First,how is it possible that more than 180 years after Hahnemann introduced his vision on miasms(1828), which caused a schism in homeopathy between symptom orientated and miasmatic orientated homeopaths, the miasmatic basis is still not accepted by the majority of homeopaths ? The majoritiy are still focusing on the symptoms and the totality, while the real question is: What miasmatic influence causes a certain chronic disease (par. 78 Organon) and what does that mean for the method of treatment (antisyphilitic, antisycotic and antipsoric remedies, see Chronic Diseases?

Second,in my opinion, genetic predisposition is not the same as chronic miasms. E.g. for the genetic predisposition for arthritis it is essential to know that you are dealing with the sycotic miasm. If you ignore this miasmatic fact in your treatment, it has consequences. This becomes clear in some cases from the book. There are two cases in which the sycotic miasm plays an important role, but the necessary nosode to eliminate this miasmatic influence is not given. That this is necessary one can see in the second case (osteo arthritis), in which complaints are recurring after one and four years of remedy prescriptions. Also in case four (recurrent acute disease) it is obvious and even discussed that this is a Medorrhinum case, but this nosode is not given.

Hahnemann divided diseases into acute and chronic (par. 72 Organon) and indicated that the latter were caused by a chronic miasm. This fact was purely based on his own experience, in which he learned that chronic diseases returned after treatment with vegetable or mineral remedies. This distinction was called “disease classification” by H.A. Roberts and is nowadays taught by the Homeopathie Academie Nederland of Ewald Stoteler.

The question is, how important is finding out the prognosis for the patient and the totality of symptoms, as opposed to analysing and prescribing the case on a miasmatic basis? In other words, what is the practical use of an extensive prognosis for the patient? Man is not a machine, no two people are the same and we all have different bodies and minds. So how accurate is this prognosis?

Last but not least, do I tell my patient that he is in level three and if so, won’t this result in a self fulfilling prophecy ? As a homeopath I have worked for seven years with the Kentian based totality of symptoms, of which Vithoulkas’ “system” probably is the most ultimate form. The longer I worked like this the more I got the idea that there was no fundamental basis for it.

How do you find the “ultimate simillimum” or totality? One cannot ignore the fact that homeopathy practiced in this manner can be rather subjective. Give one case to ten homeopaths and how many totalities do you get? In this “dark” period I noticed a one year course at the Homeopathie Academie Nederland, called “Disease Classification Course”. The academy was founded by Dutch colleague Ewald Stoteler and the disease classification method is based on Hahnemann’s disease classification as taught in the “Organon” and “Chronic Diseases”. This “back to basics” course turned out to become a turning point in my professional career. Now, I can not only understand every step in the treatment, but I can also explain it in depth to my patients. It gives better results and is far more satisfying. 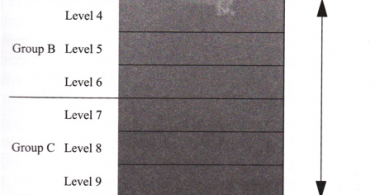 Surface to Soul – A Journey Through the Levels of Experience

Cor van der Meij has been practicing homeopathy since he graduated as a classical homeopath in 1998. Afterwards he followed a master degree in Disease Classification at the Stichting Hahnemann Homeopathie. Cor was a member of the editorial staff for "Dynamis" a Dutch quarterly on homeopathy. He has written several articles and book reviews for Links, Homeopathy4 Everyone and Dynamis.