Looking back at last month’s quiz. Did you get the right answer?

Who remembers last month’s quiz? I’ll repeat it here for those of you who didn’t see our last issue:

Come one, come all to the greatest three ring circus online!

Wait a minute, Kelly, Dr. B might not like the ezine being referred to as a three-ring circus!

No, no, not the ezine, Elaine, MY HOUSE; also known as, Kelly Young’s Dispensary and Urgent Care! Thursday evening, my 7 year old acrobatic son, one of the famous Flying Wallenda Brothers, decided to try a stunt without a net!

Excuse me, is this anything like his sister’s stunt of last month involving a spinning coin? Because if it is, I have to tell you, I don’t think we can sustain readership indefinitely on an unending array of freak accidents.

Oh no, I promise you, this is the Big Time!

The littlest Wallenda went careening over a bike ramp as fast as his legs could pedal. He went air-borne, standing up! He lost control of the bike and cartwheeled through the air.

No, I’m not…he flipped once, and then landed on the concrete face first!

Yikes! You can’t be serious!

I had been looking out the window when i saw him pedaling quickly down the street and was out the door (mom’s instinct) just before he went airborne, and so witnessed the entire flying-thru-the-air thing (and not with the greatest of ease)!

I don’t remember getting Baby Wallenda into the house and out of his coat and helmet but i do remember the screaming- a high-pitched wail!

I immediately gave a dose of __________ and applied cool, wet compresses to stop the bleeding on his face. He was clutching his right hand-squeezing and unsqueezing it over and over again, he was terrified and panicky but never lost consciouness.

Fifteen minutes later, he was lying calmly on the couch watching television.

What? Wait a minute, you can’t be serious. Let me ask you, in your considerable experience with children’s calamities, what would normally be the outcome of such an incident after 15 minutes?

A little while later, I was able to get the littlest Wallenda into the bathtub in an attempt to get the gravel out of his many facial wounds and abrasions. His hand and fingers appeared cut up, but not broken. After the bath, I applied ___________ to his wounds. Checking for signs of a concussion and finding none, he went to bed and slept peacefully all night.

That, in itself, is amazing.

The next morning, Mr. Wallenda’s face was swollen and I could clearly see that the little split near the eye that was gaping open the night before had closed up.

By Saturday, which would have been a day and a half after the accident, these areas were lightly scabbed-over.

My son’s abrasions had completely scabbed over. He remained fairly swollen around the eye and temple- the site where the majority of impact took place. One deeper abrasion was still oozing clear matter but almost dry. His face was still painful but he was able to wash it gently with a washcloth and apply ________ now himself.

I sent him to school because all the wounds were covered by scabs.

He started to peel, sheets of scab peeled off daily for a week! What was left was new, pink skin. His forhead still has a red mark (a scar, I think) because on Tuesday a boy in his class fell on my son’s face, ripping the scab off!

Well, listen, everybody, there were two remedies given here and there was a topical application used. Here’s the question: The first remedy was given twice–right after the accident and the next night before bed. What was the remedy and what was the potency? A second remedy was started the second day and given at frequent intervals in a water potency with succussions before each dose, what was that remedy and what potency do you think was used? Finally, there was a topical application, what do you think that was? Let’s see how well you do.

So, how well did we do? Almost everybody got that this was an Arnica case. The real test was, would you have known what potency to give? Only one person said Arnica 10M–congratulations go to Dr. GOPAKUMAR G of India!  Good for you, sir!

You know, when you have a severe injury or acute like this, your 6C’s, your 30C’s are practically useless! You see how 15 minutes after the accident the boy was reclining and calmly watching TV? That shows that the potency chosen was absolutely spot-on! This is what your high potencies are for–sudden, severe mishaps, infections, frights, animal bites, burns, medical emergencies, psychotic episodes, mania, hallucinations, violence, suicidal disposition, etc.

You wouldn’t want to start your chronic cases off this way, if someone has been sick for years, and on Rx drugs, you have to approach this person gingerly.  He’s sure to lack the stamina and vitality of a healthy child who’s fallen off his bike.

Almost everyone got that the topical cream was Calendula. A few said Hypericum, that’s good too. However, it’s almost a moot point, as Calendula cream often comes with the addition of Hypericum and you can scarcely buy the two separately!  For instance, I have here, Nelson’s “Hypercal” cream and I also have Nelson’s “Cuts & Scrapes” which, again, is Hypericum and Calendula together; though I do have Boiron’s “Calendula Ointment” which is just Calendula. Everyone knows that Calendula is for accidents involving broken skin, and especially for what is called “road rash”, which is where you’ve been dragged along the pavement and your skin is severely scraped. Dr. Dorothy Shepherd has an almost identical case to this one which she writes about in her book, A Physician’s Posy:

“A young man was knocked off his bicycle and dragged along the ground on a gravelly pavement. The skin was rubbed off his face, nose, eyebrows and palms of his hands; his face and hands were like raw pulp. Arnica was given repeatedly, Calendula tincture applied in dilution–result: perfect cure in a few days, no scarring and of course, no tetanus and he was back at work in three days!” (Kelly’s son was back at school in three days!)

Now we come to our last question which was, what was the remedy which was given frequently starting on day-2? No one got this, so I’m glad we came to hear this case because now you’ll know! The remedy was Calendula 30C. Most people aren’t aware that Calendula comes in potency and most first aid kits don’t have it! Again, here is Dorothy Shepherd:

“You can strengthen the action [of Calendula] by giving it internally as well, Calendula 6, 12, 30 in repeated doses until healing has taken place. It acts on the epithelium and promotes the rapid growth of normal cells. … I have said several times, Calendula is similar to clean operation wounds and cuts; not only for local applications but do not forget to give it potentized by the mouth as soon as the operation and the effects of the anesthetic are over. It will hasten the healing process. … Another doctor who sings the prowess of Calendula is Dr. Petrie Hoyle, the American doyen of homeopathy. He used it extensively in the war hospital he superintended in France during the 1914-1918 war and the visiting French surgeon complimented the doctor on the cleanliness and sweetness of the air in his wards. ‘There were no cloying sickly smells of antiseptics about,’ he said, and moreover, he complimented him on the exceedingly low mortality and the quick recovery rate of the wounded. … Calendula is not an antiseptic in the true meaning of the word, but it is a fact that germs do not thrive in its presence, it inhibits their growth and even if wounds are already badly infected, I have seen offensive, purulent discharges become clear and sweet-smelling in a day or two. … Unashamedly I confess, I am not afraid of germs, not even tetanus, and sepsis has no terrors for me. Arnica is applied in contusions, sprains and even fractures, where the skin is unbroken, both externally and internally. Calendula or Hypericum lotion is applied to cuts, abrasions, clean and dirty wounds; even ulcers, abscesses, local carbuncles, all get treated with either Calendula or Hypericum. Calendula I reserve for clean wounds, and they do not go septic; Hypericum is perhaps more applicable for already infected states. … I get no erysipelas, no pyemia, no septicemia and no tetanus. And many of the cases i have seen were already heavily infected with staphylococci or streptococci. Also they get on rapidly and heal more quickly than in the old days when i followed slavishly in the footseeps of my surgical teachers and used the antiseptics of the day.”

Dr. B, what prizes have they won?

Come Fly With Me! 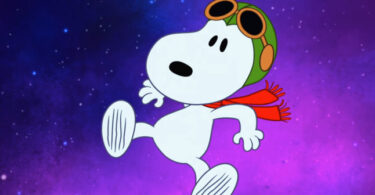