As my previous articles on Corallium rubrum and Meconium humanum stated, I have begun an extensive project of systematization of the Animal Materia Medica.

Part of this project involves a survey of all of the animal remedies, and a commentary on the relative representation of each of the animal families in the Materia Medica.

However, a preliminary view of the results is already possible. Of the 35 animal Phyla, 10 have members which have been potentised. They are listed in Table 1:

Most of the larger Phyla with more than 5000 species have had members potentised (with the exception of the Bryozoa). However, some of the phyla which have been potentised have not yet had a single member proven, such as the Nematoda and the Platyhelminthes. Proving activity within other groups has been inconsistent.

For instance, in the Arthropods, we have a large number of remedies. However these remedies are, for the most part, concentrated in the Spiders and the Lepidoptera (Butterflies). Entire subphyla, such as the pycnogonids (Sea Spiders) remain completely unknown. Others, such as the Crustacea, have a few provings. The insect families remain strongly underrepresented, with many important species and families remaining almost completely unknown. There are, within the insects approximately 26 families, of which 15 have some homeopathic representation. Of these 15 approximately 5 have only one remedy proven. In the Arachnids, of 11 orders, we have remedies made from 4, and three with extensive provings done. Even within the spiders, one suborder, the Mesotheleae remain unknown and unpotentised. The Myriapods have one poorly proven remedy. The trilobites have only one proven remedy as well.

This inconsistent pattern holds throughout my survey of the Materia medica. Many groups of animals are underrepresented to the extent of silence, while others are overrepresented to the point where differentiating them becomes challenging. The most conspicuous example of overrepresentation occurs in the snakes. 13 remedies are present in the Elapidae, 13 in the Viperae, 4 in the Boidae and one in the Colubrae. Entire divisions of the snakes, such as the Scolelophida, Aniliidae, Uropeltidae and the Tropidophiidae are completely unrepresented. Other divisions of the reptiles (a problematic grouping in and of itself) are dramatically underrepresented. The Crocodilians have 1 proven member, the turtles 4 and the lizards 6. However, lizards are actually quite difficult to distinguish taxonomically from the snakes, and should perhaps be included with them.

Using these principles homeopathy can more effectively direct its proving efforts in ways which maximize our knowledge, and give us more effective tools in practice.

The detailed lists of remedy suggestions and suggestions of individual organisms which would possibly make interesting remedies can be found, as it is completed, on my website http://www.tableofanimals.com/suggested-provings/

I have begun my own efforts to expand the Materia medica with the series of triturations that have been published in Hpathy[2]. I have so far tried to use existing remedies which lack a mental picture. One of the remedies I have triturated as part of this effort is Hirudo medicinalis, a medicinal leech with a long history of use in medicine, and an interesting picture of physical pathology, but no detailed mental image. This specimen was purchased from Niagara Leeches. It was euthanized with vodka and the whole leech was triturated. The skin of the leech was extremely tough, and did not degrade throughout the trituration. After the internal tissues of the leech degraded and the trituration was complete, I removed the skin and placed it in my garden to decompose. I felt great sorrow for this poor little creature needing to be euthanized for this trituration and performed several meditative procedures to help guide it’s spirit to the next life peacefully. I thank it gratefully for its role in this trituration. This trituration was preformed by myself alone, and all notes were compiled during the actual trituration.

The three initial levels of this trituration paint a picture of a being profoundly consumed by its own weakness. In it, I felts a profound inner weakness prevented me from living in my own inner nature. I felt desperate to escape this inner weakness, and felt great contempt for weakness in any form, whether internally or externally. I reacted to this feeling of desperation by attempting to control my environment, controlling and manipulating others and justifying my behavior through the weakness of my victims, or by clinging onto others co-dependantly trying to use them to strengthen myself.

C4
This level of the trituration discovers the meaning of the weakness which was so disturbing in the C1-3 triturations. In the course of development, prior to the creation of the physical body there exists a taste, a flavor which is the essence of the being. In layer three the essence imprints itself on the energy and physical body. In Hirudo, what was perceived in C1-3, as weakness is in fact simply the state of the energy body prior to being imprinted by the self.

[1] This topic will be elaborated upon in a subsequent article.

[2] My gratitude to Alan Shmukler for providing me a vehicle to publish them! 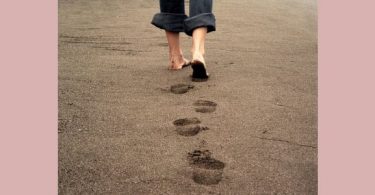 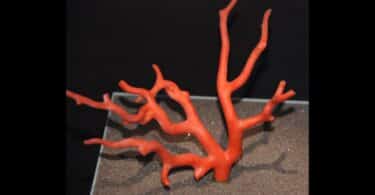