[title taken from “Dictionary of the Materia Medica” by Dr. J.H. Clarke.]

White Mice and other soluble remedies – seemed a good subtitle for this small item designed to raise the profile of remedies that seem to have fallen into disuse despite the fact that they are therapeutically powerful. It would be nice to think that the white sugar mice of yesteryear with its string tail was related to homeopathic remedies but it is a simple mishearing of “White Gneiss” and as such an easily understood error.

Humanity being a water-based species having over 3/4 of the body as water it is surprising that water based remedies are not held in better repute. Grauvogl named one of the miasms ‘Hydrogenoid’ and clearly related it to H20 or water.

However Prof. Kent’s name ‘Sycosis’ became by usage the preferred term. Grauvogl looked to remedies that purged the blood of excess water such as Nat Sul, Nat Carb, Nat Nitric, & Sal Amm (Amm Mur) which are related by their physiological effect as well as being separated by their individual provings.

Three of the most powerful polycrests of the Homeopathic Materia Medica are to be found combined in the remedy Lapis Albus [Calcarea carb, Silica & Fluoride]. By that virtue alone it could be expected to exercise a strong curative effect and the combination has its own distinctive power in the same way that the high proportion of Sulphur in Pulsatilla must have some bearing on its undoubted power. But the two remedies, one mineral and the other organic, are totally distinct and easily separated by the relatively inexperienced.

Although I had used Lapis Alb infrequently in the past I had not got a “feel” for its power until l was required to locate a treatment for endometriosis – which is a case of disorganised and out of control tissue if ever there was one.

Endometriosis (one manifestation of which may be Chocolate cysts) is a prime example of tissue that loses its contact with the constant flow of information in blood and lymph [& probably neurotransmitters that tell it where it is in the total body geography; and how it should function]. The reasons for this are discussed in my paper, ‘Cellular Organisation in a Biotic Entity”.   I.T. (information theory) is relevant not only in the world around us but also in the “world” inside us!. In Internal Internet, `foul ups’ can be even more disastrous than external `foul ups’.

Considering remedies with the ability to affect endometriosis one resorted to Julian’s “Materia Medica of New Remedies”; some of which go back 150 yrs – X ray, Bellis Per and Calc Fluor, in particular. The first was of interest in this case and it is fascinating to note the number of conditions that Julian relates this remedy to noting a curative effect. Ranging through Aortitis Bronchiestasis Cataract, Chancre, Ovarian cyst, Fibroma, Hernia, Herpes, Hydrocele, Hydrosalpinx, Sclerous Pancreatitis and the necrosis of the nasal partition, that can have amongst its numerous causes the over-indulgence using nose candy” (cocaine)- which has its basis in the syphilitic miasm.

It also helps in the OSSEOUS conditions – particularly osteoporosis. In my view it is an underused and undervalued remedy. Calc Fluor with its wide curative range and its use in endometriosÃ­s relate to its applicability to the parts of the endoderm [ – as the mesoderm and ectoderm relate to other remedies]. Also used where a neck “creaks” and to drastically retard cataract.

The other remedy that seemed to be indicated by Kent in one of his later lectures, was Calc Sil with its emphatic relationship to all cystic phenomena. It was at this point that I recalled a remedy that incorporated the attributes of all three remedies – Calc, Silic & Fluor – it was Lapis Alb. On investigation, it proved to have many characteristics that related it to the female generative spheres PMT, Cysts, Ulcers, Dysmenorrhea and particularly disorganised tissue. It is certainly time the provings of Lapis Alb were updated and given more publicity. Drs Burnett, Dewey, Gregory, Whiting and Wesselhoft all made use of it and provings are listed in Hughes “Pharmacodynamics” and Clarke’s “Dictionary of the Materia Medica”. Water is one of the ancient, prime elements and in the Chinese philosophy its quality of flowing over and under barriers, filling holes proceeding inevitably onwards are sometimes used as an allegory for the masses of the population.

In science its ability as a solvent and combinant are well known and it is almost as active as oxygen (one of its constituents).

It is no surprise that the natural waters of many areas differ quite radically in their constituents. There was in the 1800’s a thriving network of spas, whose waters were tested and recognised as medicinal. As homeopathy flourished in that period it is natural that provings would be made of SPA WATERS and their components carefully analysed.

Vichy water is still with us and is probably the most famous of the lot. Post-coital debility is one of its uses and probably that is a reason for its longevity. It is clearly related to the digestion and the GIT. It includes liver problems, gallstone calculi, uterine engorgement and gout. It has an effect on rheumatism and catarrh of the bladder.

Its effects on the male and female sexual sphere are strong. It cures both amenorrhea and membranous dysmenorrhea as well as dealing with male symptoms of low libido and premature ejaculation. It also has a profound effect on the nervous system curing debility arid increasing stamina whilst having a curative affect on paralysis. Its effect on scar tissue is probably due to silic acid and fluorÃ­c acid components.

The waters of KissÃ­ngen contain predominantly Nat Mur but it seems to operate in the area of the abdomen, affecting spleen and mesenteric glands, which probably account for its action on stomach rectum and stool. Its effect on albuminuria and diabetes suggest an endocrine influence. Crystals in the urine suggest a clearing of liver and kidney with a relief of gouty symptoms.

But the most dramatic effect seems to relate to the mucous membranes which “discharge toxins while old and long forgotten troubles reappear” and suggests power in treating sycotic patients. Also the miasmatic relationship to the First Law of Homeopathy stated by Prof. Hering — THE DIRECTION OF DISEASE IS INWARD AND UPWARD AND THE DIRECTION OF CURE IS DOWNWARD AND OUTWARD.

The springs of Wiesbaden were well known in the days of Ancient Greece, reputed to be the FONTES MATTIACI of Pliny a respectable pedigree. The constituents vary from the not too distant Wiesbad, as does the individual picture of the remedy and the conditions it has cured. Through gout and rheumatism Wiesbaden has been used for angina, amenorrhea, hemorrhoids, hernia, sterility and anchylosis. As rapid growth of hair and nails were noted one would assume a positive affect on protein metabolism.

LAPIS Alb was found in the waters of GasteÃ­n, but its constituents and effects differ greatly from the water in which it grows. Its active factor was largely Sodium Sulphite. Its affect on kidney stones was well known and one assumes a general defurring of the nephrones (similar to Lycopodium , Sars, and Graph ] Its effects in the male and female sexual sphere are strong as it has cured both amenorrhea and membranous dysmenorrhea, as well as dealing with male symptoms of low libido and premature ejaculation. It has a pronounced affect on the nervous system curing debility and increasing stamina. Also having a curative affect on paralysis. Its affects on the area of scar tissue are almost certainly due to the silica and fluoric acid components.

Lippespringe with its waters containing Sulfates of Calcium, Sodium plus Magnesium and Carbonic acid again point to sycosis with its effects on male and female genitalia. These include increased smegma prepuce in the male and increased vaginal mucous discharges and leucorrhea and labial soreness in females. Its use in tuberculosis is pointed to by bloody mucous and haemolysis. Symptoms such as intestinal threadworms, ringworm and varicosis point to the weakness of those who have a tubercular hereditary constitution.

Levico is an arsenical water containing copper and iron used as a tonic for debility. Burnett used it to counter the exhausting effects of deeply acting remedies. It is obviously related to Arsenic Alb and in its use. Its proving are scanty but any remedy that includes Arsenic, Cuprum and Ferrum deserves closer scrutiny.

I must admit that my use of these remedies has been irregular and I do not pretend to any vast records or experience. But when I have used them I have found them to live up to their reputation. So I feel that more notice should be taken of them and some reproving work carried out. 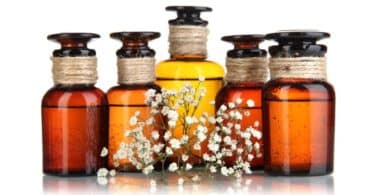 James White has been a homeopath for almost 35 yrs and is now semi- retired. He lives on his own in Spain but is from the UK. He spent most of his life satisfying his many curiosities about Art, Architecture, Philosophy, Poetry [writing poems to explain life to himself], music [love mahler and flamenco]. He is a devotee of C. G. Jung and the "˜I Ching"™ as well as Taoism [of Chaung T'zu].