Homeopath Beth Goodwin presents a case of Lyme disease in which symptoms returned after allopathic treatment. This is the case of a young boy, Ellis, 8 years old.  I had gotten to know him in a camp setting three months prior to the first consultation. During the camp I had noticed that he often became offended easily by other children’s comments.  When he became offended, he went off by himself and despite attempts at consolation from adults, he would “hold on” to this mood for quite some time. He was extremely active, competitive and athletic.

Two years prior to the first consultation Ellis had been diagnosed with Lyme disease and treated with antibiotics. Recently many of the symptoms had begun to return.  Physically he presented with right knee swelling, body aches, lassitude, nasal congestion and itchy skin (pruritus).  Emotionally, his father described him as “oppositional”….constantly putting up resistance to common requests like “Please brush your teeth.”  I asked the father about Ellis becoming “offended” easily.  He agreed that this was a regular occurrence.  Regarding these episodes, the father said, “He doesn’t want to be consoled.  He wants to be vindicated.  It’s a feeling of being wronged.”

During the session, Ellis refused to take part.  He sat with arms crossed with a decided scowl on his face. Furiously, he walked out of the session which allowed m0e to talk further with the father. Apparently Ellis was worried that his parents were going to get a divorce.  He had dreams of being chased and eaten and because of this, he was afraid to go to sleep. Though he was usually an extremely athletic child, he was now avoiding activity due to the right knee pain and swelling. Further valuable information was gleaned from the mother at a different time:  He had thrush at birth; a plugged nose from a young age; when learning to walk he temporarily struggled with genu valgum (“knock knees”) and recently, he was diagnosed with hypermetropia.

Specific personality traits were described:  “He chooses large challenges for himself and rises to those challenges. He’s most fastidious.  He wants to have the tag cut out of his shirt. It bothers him.  His socks have to be on just right.  His brother will wipe his nose on his shirt and Ellis finds this disgusting.  He’ll be dirty from running around, but he has an internal cleanliness. He likes to look good.  He likes to wear bright colors.  Ellis likes skateboarding, bicycling, skiing.  He wants to have an experience….a ticket to an experience. He’s physically precocious. He keeps saying how fat he is, meanwhile he’s not the least bit fat.  The mother described his thermal tendencies by stating, “He gets very hot all the time.”  His food desires included all things sweet (“a wicked sweet tooth”) and warm food.

I took the following seven rubrics:

The following remedies showed up strongly:

After differentiation among several remedies including Nux vomica, Staphysagria, Lycopodium and Medorrhinum, I chose Nux Vomica:

“…displays a low tolerance for anything in the environment inimical to his nerves or his physique, including pain.  Nux emotionally feels everything too strongly.  Ardent in his likes and dislikes…succumbs to fears and is beset by anxieties.  Inordinately concerned about the future, physical safety of his family or his own safety….sensitive to any form of disharmony in his life.  Fastidiousness personified….perfectionism…hypercritical...his irritability is sparked when others disregard or disturb his own particular idea of order.  Hypersensitivity might further manifest as touchiness.  Quick to feel misunderstood and to escalate a misunderstanding into a grievance.  Quick to take offense and bristles into instant defense.  Expert at causing scenes, both in public and private….his mood must always be taken into consideration by those around him…complains of being harassed.  Spasmodic emotionally-short-lived but unbridled outbursts of irritability..tendency to fly off the handle when provoked…continues to sense the disharmony in the atmosphere, and this eats away at him.  Nux’s emotions are close to the surface and his sensibilities acute..”-.”-Nature and Human Personality, C.Coulter

Ellis participated nicely in all follow ups.  During the session he was playful and smiling.  His father said that immediately after giving the remedy, Ellis was the “essence of sweetness”.  His general mood had improved.  Knee pain comes and goes.  His father said, “His overall vibrational quality has improved.”  When asked about the itching skin, Ellis said, “I don’t have any of that.”  When I asked Ellis if he was getting offended as often, he exclaimed, “No!” as if it surprised him.  His father said he was no longer commenting about how “fat” he was.  Ellis had become more active, doing gymnastics twice a week.  His father felt there had been 50% improvement.  When asked what he would like to see improve, Ellis said, “Not having bad dreams.”

Knee pain and swelling gone.  Dreams better.  Taking folk dance class and gymnastics.  Some mental tiredness at school.  Father feels that there has been improvement in his health and disposition.

Ellis had just recovered from a high fever. The family is concerned that Ellis is having mood swings.  He had been explosive; a short fuse.  Physically he has been top notch.  No knee pain or swelling.  He has been rock climbing, dancing and doing gymnastics.  His dreams have been “Good!”, according to Ellis.  Though he still gets offended sometimes, his father said, “He flows with it better.”  Though I had often wondered if Medorrhinum was a needed prescription, I decided to repeat Nux Vomica after the family shared the following comments from Ellis’ teacher:

“Ellis is a leader in our class.  Ellis can be a challenge at times because he does not follow a leader simply because somebody has been labeled a leader.Ellis is a conscientious hardworking student with meticulous attention to detail. He does not take well to being corrected by other students. Ellis has a drive for perfection.” This confirmed Ellis’ strong choleric temperament.

Ellis is doing well, but when his moods get challenging, they bring him in. About a month ago, Ellis had said “My joints hurt so much”.  But, this had gone away on its own.  Ellis hiccoughed in the session and this led to more confirmatory symptoms.  The mother said Ellis hiccoughed constantly in utero and that even now, he often hiccoughs and has heartburn.

Prescription:  Nux vomica 200c, four hour split dose (At this point I gained more confidence in the remedy choice.  His vitality was excellent.  I felt ready to raise the potency.)

Two and a half years after the initial intake

Ellis continues to thrive in his life.  Nux vomica 30c has been given three times since follow up #4:

Special thanks to the following sources: 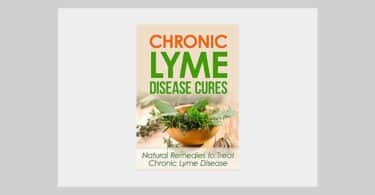 Beth Goodwin, CCH, PDHom (UK) is the principal Board Certified Homeopath at Goodwin Homeopathics, practicing in the state of Washington (USA). Since the pandemic, she transitioned to a tele-health practice. She volunteers with Homeopathy Help Network (HHN) in their Rapid Acute Network. She is also on the Continuing Professional Development Committee of the Council of Homeopathic Certification (CHC). Having graduated from The School of Homeopathy, she recognizes Misha Norland as a great influence. She also follows the work of Jeremy Sherr very closely and had the opportunity to work on the proving of Sapphire in 2019.