This sweet-natured, pretty child came into my clinic with her parents for the treatment of allergic rhinitis about 2 years ago. She was 8 years old at the time. The problem had started about 4 months back and was rapidly increasing in frequency and intensity. Her parents were well-informed, educated people and having had experience with homoeopathy before, decided that homoeopathy was the way to go for her.

With every episode, she developed sneezing, runny eyes with itching, redness and a desire to rub them, tickling in the nose with a desire to rub, followed by redness of the nose. Pain in the forehead would follow. Her symptoms were worse in the mornings on waking. Episodes were triggered by exposure to dust, air-conditioned cool rooms, swimming, animal fur, soft toys and perhaps by exposure to sea air, which fact her parents were not sure about. Nowadays, she suffered from these symptoms almost daily, especially in the mornings.

She had suffered from growing pains in the past and occasionally developed urticaria from shell-fish. She had had measles and conjunctivitis as a child. She had received all the regular vaccinations, but the newly introduced ones had been refrained from.

Both parents suffer from allergic rhinitis and a paternal uncle suffers from bronchial asthma.

She has a good appetite; she gets irritable and suffers from headaches if she does not eat on time. These headaches get better once she eats. She drinks about 5-6 glasses of water daily and prefers cold water from the refrigerator. She loves butter and chocolates, likes eggs in any form, chicken and prefers fish, especially prawns, to other non-vegetarian foods. She is not fond of ham/bacon but loves sausages. She is not very experimental with food. She dislikes bakes and leafy green vegetables, though she likes other vegetables.

There is a history of being constipated, but not any longer. Her palms are usually cold or sweaty. She sleeps well, on either side for a good 11 hours a night, but still has a problem waking in the mornings for school. She grinds her teeth during sleep. She gets nightmares, especially if she has seen a scary movie or heard a scary story. After nightmares, she is scared of the dark and wants a dim light on when she sleeps.

She is scared of thunderstorms though she likes the rains and likes getting wet. According to her mother, she is fussy about using toilets outside the home. She is also intolerant of body odours.

She enjoys swimming, dancing, singing, elocution and drama, though she gets very nervous before a performance. She loves painting. She is a happy child, loving and accommodative. She likes cuddling, receiving and giving affection. According to her mother (who is a child counsellor) she internalises her anger and sadness and expresses it via writing. It takes a lot to make her cry. She is strong minded and does not like to apologise. She loves playing with her friends and is never aggressive with them. She was independent minded even as a baby. She is very articulate and has good reasoning skills. A hard working child, she used to be very neat and orderly but is turning sloppy nowadays. She is frightened of cockroaches and lizards. She says, “they creep me out.” She is scared of her mother losing her temper.

Most of the details were given by her in a quietly prim manner, explaining all her symptoms in a detailed, thorough fashion with her mother contributing to it off and on. She did not hesitate to gently correct her mother on certain points.

Though it is a homoeopath’s responsibility to be unbiased, possible remedies crept into the mind even while the case taking process was on. My initial thoughts were more in favour of Phosphorus or Calcarea phos or even Carcinosin.

My first repertorization was as follows:

I toyed with the idea of giving her Carcinosin because of the precocity, her grown-up mannerisms, love for dancing and fondness for butter, however, I eventually ruled it out because it did not cover the hunger headaches. This was a strong feature in the case and I decided to use it as an eliminating symptom.

The repertorization that followed was as follows:

I decided to give her Phosphorus since it covered the important eliminating symptom and also many of her main features – her basic affectionate nature, nightmares, fear of cockroaches and thunderstorms.

Phosphorus 1M was given in a single dose followed by placebo.

I was expecting a positive response and waited for the follow-up after 2 weeks. To my utter dismay, there was no change at all in her symptoms. If Phosphorus was the right remedy, it should have brought some changes at least, so I decided to go through her case once again to see if I had missed anything.

A close perusal brought forward some features which I had somehow not given importance to initially. Now suddenly it all seemed to fit in.

Silicea – An 8 year old girl being so very proper – polite, refined with grown-up mannerisms. The history of growing pains. The perspiration on the palms. Her fondness for sausages. The intolerance for body odours and dislike of going to outside loos portrayed an intense desire for cleanliness.

Adding these features into the repertorization, this followed:

I decided to give her Silicea.
One dose of Silicea 1M was given with placebo following. Two weeks later, her mother reported that she had been fine for the complete two weeks. It was a relief for the child as well for the parents. I was relieved too!

She then continued to do well and in the second month developed some symptoms again after regular swimming. A dose of Silicea 1M was repeated at that time. Since then, she has been fine with no more allergic symptoms. I do not see her on a regular basis anymore, but I’m told she’s doing fine. 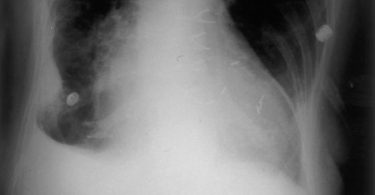 A Case of Lady Windermere Syndrome Dr. Firuzi Mehta qualified in homeopathic medicine in 1997 and then completed her HMD from the British Institute of Homoeopathy, London. In 1998, she also attended an Introductory Course in Anthroposophic Medicine and Iscador Therapy for Cancer at the Lukas Klinik in Arlesheim, Switzerland now known as Klinik Arleshim. After working for over 5 years with an eminent homeopath in Mumbai, to gain work-experience, she started her own practice in 2001. She reviews homeopathic books as and when the opportunity arises and firmly believes that one's knowledge is always incomplete and needs to grow. She is currently enrolled with—and studying for—the 2 year E-Learning Programme offered by Prof. George Vithoulkas' International Academy of Classical Homeopathy. http://www.homoeopathie.in