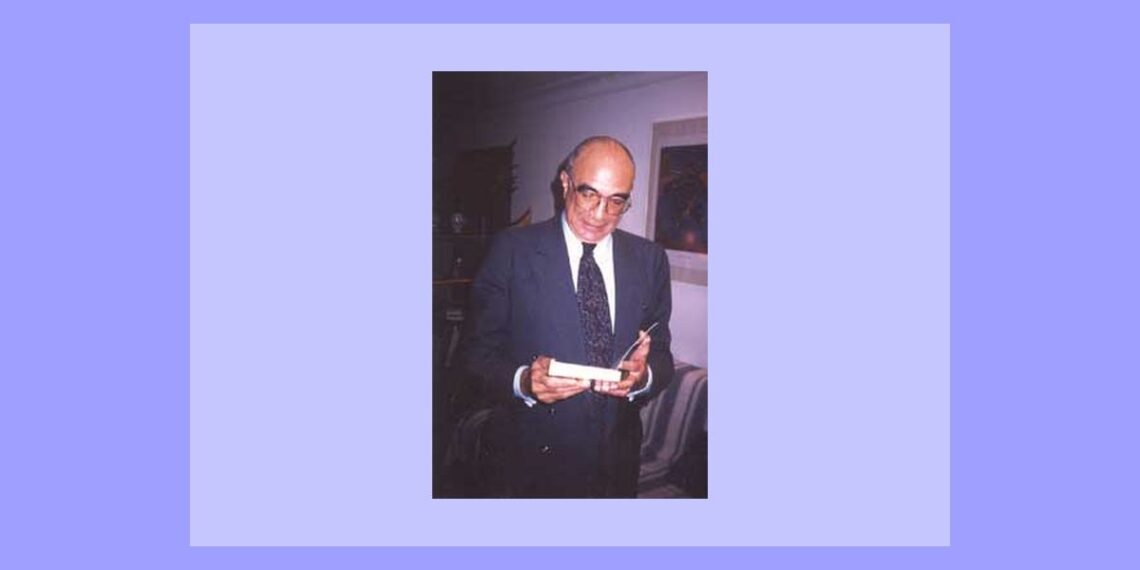 A Reflection on Dr. Alfonso Masi-Elizade

From 1817, a year in which Hahnemann struggled to defend his ideas about a new therapeutic system -already enunciated in his principles by Hippocrates, there were references about the use of homeopathic medicines in Argentina. That year, General San Martin crossed the mountain range of Los Andes bringing a homeopathic medicine kit given to him by his friend Don Angel Correa, who had recently brought it from Europe. This kit would help him to mitigate the sufferings caused by arthrosis and a gastro duodenal ulcer that pained him. The brain child of Hahnemann, Homoeopathy, flourished in Argentina, Spain and other neighbouring countries, nourished by a true disciple of the Dynamic Healing Art Dr. Alfonso Masi-Elizalde, one of the great names of contemporary homeopathy, who passed away on July 23rd, in Buenos Aires, Argentina, at the age of 71.

The Commencement of a Genius

The birth year of Dr. Alfonso Masi-Elizalde was marked by the establishment of the Sociedad HomeopÃƒ¡tica Argentina, the most prestigious institute of Homoeopathy in Argentina, through the individual efforts of doctors like F. Ortega, A. Dominguez, M. Fuguerto, P. Segress, Ronces, Burgos, J. Tuati and BenavÃƒ­dez. Years later it adopted the new name of AsociaciÃƒ³n MÃƒ©dica HomeopÃƒ¡tica Argentina, whose president was Dr. Goofed Jonas.

An Insight of Literary Genius

Dr. Masi nurtured his talent in solitude and developed his character in the stormy billows of the world. He expressed his thoughts through the articles he published in Actas del Instituto James T. Kent and through participation in many congresses and conferences worldwide. The study groups founded by him (or inspired by him) in several cities in Argentina, Brazil, Italy, Germany, France, Switzerland and Spain remain active, generating continuous interest in students and new generations of homeopaths. His supervision of clinical cases enlightened and directly benefited hundreds of people. He had been writing a book for many years, which he intended to give the title Ã¢â‚¬Å“Confessions of an old Homeopath”. Dr. Alfonso Masi-Elizalde advocated an exegetic review of homeopath books, and he did this with absolute vigor. Unable to accept both the organicist and scientificist reductionism, and the excesses of a dogmatic and non-productive Kentism that did not know how to evolve, he undertook the task of reviewing the classics and of pointing out the many episthemologic gaps in the homeopathic corpus. His intensity and assertive determination in advocating his viewpoints triggered numerous discussions (some of them healthy, others only disproportionate reactions) in the audiences he addressed. However, his provocations had a specific educational purpose. After all, he was an expert in Maieutics (The Socratic Art Of Teaching Students To Think) and, using this technique, he urged
students to always challenge their teachers.

Obviously, this active and permanent subversion of the established order ensured him a huge supply of enemies. However, this only caused him to keep fighting for a permanent debate. On the other side, he also left many friends and students, who, oscillating between disquiet and Angst / anguish saw in these stimuli new prospects for research.

Dr. Alfonso Masi-Elizalde had a brilliant conception about the evolution of a Physician up to the present age. He elaborated that at one time the Priest & the Physician were one. But gradually with the change in the time, Theologians* and Thinkers fragmented man into three separate entities, Mind, Body & Spirit. Each part of man was allotted a different variety of specialist. The physician took charge of man’s body, the psychiatrist looked after the sick mind and the third component of man, the spirit, remained, as before, in the keeping of saints and priests. Thus the great age of specialization began in this way and ultimately humanity was torn in the race for specialization.

He substantiated that we live in a scientific age in which it is assumed that acceptable knowledge has to reach us indirectly through the gateway of special senses and never directly as Extra-Sensory Perception coming to us. Accordingly, this age is labelled as Materialistic & Deterministic. Sense perceptible matter is conceived to be the source of all, its study is supposed to aid us in acquisition of knowledge of the fundamental reality of the universe. This mental bent has urged men to develop the physical sciences and its methodologies to search for the underlying truth. Pphysical sciences deal with events and objects, which can be carefully measured & observed. The knowledge gained can be verified by means of controlled experiments capable of being repeated by others under more or less similar conditions. Thus, modern scientific medicine, which draws its inspiration from the physical sciences, appears to be concerned with those part & phenomena, which are amenable to mathematical calculation and exactitude.

However, being a healer of dynamic philosophy he validated that the homoeopathic school of medicine follows a unitary or holistic method in therapeutics. A homoeopathic practitioner draws a complete picture of the sickness of a diseased individual, who is out of harmony, physically and mentally. The object of his therapy is to restore what the patient has lost.

In the end I would only like state that according to Dr. Alfonso Masi-Elizalde, homeopathy is still in a scientific nursery and its maturity will require the permanent and vigilant effort of many generations of homeopaths. Thus an insight into this literary genius reveals that he was a brilliant homeopath, & a true philosopher of health. Each drop of rebelliousness preached by him required a double effort from those who surrounded him. He criticized people who were much older or wiser than he, but as he always use to say, his fight was with the principles not with the personalities.” It was not difficult to agree with him. However, to discuss and to write for someone of his experience, caliber, and analytical accuracy was a special priviledge. Exploring the Life and Work of Masi-Elizade