Dr. Mohinder Singh Jus explains why we need to look more deeply into case and be more patient when Miasms are involved.

Hahnemann describes life as a vital principle, a self-moving force, a vital power, which, if acting in harmony, preserves our body’s health, a disturbance of which is disease; a lack of which is death. It is by virtue of this blessing that we live and call ourselves alive.

Human life is constantly subject to changes, e.g. weather, temperature, joy, shock, loss, stress. So long as the life force is vibrant enough these multitude of changes show no apparent effect on our body. At times one can withstand great amounts of pressure, problems and stress without any problems. But in other situations a small exciting cause can produce incurable diseases; for example: A child reprimanded for having stolen a few chocolates may produce a meningitis, or a small injury on the foot many turn into sepsis and soon into gangrene.

That human life is not eternal

We know of so many people who enjoy good health and are seldom sick, but then suddenly a little injury, or death of a beloved one or some kind of emotional upheaval brings on serious illnesses. Hahnemann realised that it was something within us, which made us prone to get sick. He named these latent, inimical forces, miasms.

Often a simple error in diet, excessive eating or drinking too much alcohol or  coffee, bad quality of food, rotten meat or fish, heat stroke, chilling in cold wind, a cold bath, sitting on cold floors, getting wet in the rain, failure in business, shock, joy, anger, all these could predispose us to a variety of symptoms including skin rashes, headache, diarrhoea, vomiting, high fever  backache etc.

This tendency to get sick is primarily due to the presence of latent Psora (the first miasm Hahnemann identified). The disease symptoms with inflammations, discharges, presence of bacteria etc. are secondary symptoms of the sickness.

In the beginning phases of his homoeopathic practice, Hahnemann was still not aware of the difference between acute and chronic miasms. He repeatedly observed that even a correctly selected remedy only worked partially or for a short time. This relapse in symptoms or changing of location of symptoms was the key reason that he began a critical research for the ultimate truth.

For 12 long years he followed a very strict and painstaking method of case taking. Any patient who visited him with a chronic disease was interrogated thoroughly as to the onset of the disease, diseases before the present disease and diseases of the parents, grandparents and other blood relations.

Hereditary diseases like epilepsy, asthma, diabetes, rheumatism were not understood and taken down as simple family diseases. Hahnemann said this diagnosis was only an end result of the sickness they had. There was something prior to them.

He also observed that medicines like Aconitum, Belladonna, Ignatia helped the patients for a while, but a complete cure was not affected.

At the same time he was convinced that acute diseases were the outcome of an acute miasmatic explosion (acute psora). These conditions like Grippe, diarrhoea, gastroenteritis, measles, scarlet fever, tonsillitis, headache etc. were quickly cured by quick acting acute antipsoric remedies like Aconitum, Bryonia, Belladonna, Arnica , China , Nux vomica etc. The chronic diseases are produced by chronic miasms. So ancient is their beginning, that it may be often hard to identify the particular cause.

Hahnemann then occupied himself for years to find the deep curative power in substances like Sulphur , Calcium carbonicum, Natrium muriaticum, Silicea, Mercurius, which he thought must have the capacity of hitting at the chronic miasms.

Miasm is the opposing force to the life force, therefore the force we use against it must be in true opposition to the miasm and not against the life force.

When symptoms appear in the body, the life force has only done its job, relieving itself of the pressure. The real culprits are not the symptoms but the miasm which is responsible. For example, a patient develops nasal bleeding and after a quick prescription of Hamamelis, the nasal bleeding stops, but shortly after he develops a cerebral haemorrhage. In this case we did not understand the language of the vital force and failed to identify the real culprit causing it.

Miasms are those dynamic spiritual forces which expose us to sickness. They also determine for each person depending on their constitutional base, the type and intensity of sickness. Each serious chronic sickness has its predecessor, the symptoms before the present disease.

During homoeopathic treatment one does observe this law of cure: The latest symptoms disappear first, the older symptoms come back and go away in the reverse order of their appearance.

During the time of Hahnemann, there were numerous cases of tuberculosis. On interrogating and treating these cases, he found that patients had often suffered from eczema or some skin rashes. As the improvement took place in the lung symptoms, the skin rashes came back.

A pretty young woman with acne, nervousness and menstruation colic may feel very happy about her wonderful cure of acne with a homoeopathic remedy; the homoeopath may not be so happy about this result as on the merit of healing priorities, skin is not the highest. First improvement should take place in her mental harmony, sleep and menstruations symptoms, and at last the skin problems should be relieved.

The physician who suppresses the miasmatic state or a miasmatic disease is an enemy to Nature’s law of cure.

During the course of homoeopathic treatment, depending on the miasmatic background, it is possible to get skin eruptions in the form of rashes, allergies, urticaria, acne, abscesses, and furuncles. There might be increased urination or perspiration. I have often seen overactive (POS) children reacting with high fever or idiopathic diarrhoea. These are various modes and ways in which the life force eliminates its toxic weight. These are transient features and should not be treated or checked with any system of medicine, including homoeopathic remedies.

I have often had patients with tremendous stress and family problems under correct homoeopathic prescribing have haemorrhoids or perianal itching. Many ladies with chronic depression develop pruritus vulvae, whereas the depression and other mental symptoms improve.

During the course of homoeopathic treatment, if the homoeopath gives in to the pressure from the patient and give an intercurrent remedy, it may happen that the whole curative process is disturbed and this symptom (healing effect) may never return. E.g. after a dose of Psorinum if the eczema flares up tremendously, the itching and painful fissures on the skin may put the homoeopath under pressure. Now it is time to hold on, because patients generally looks better, more peaceful and lose some excess weight. Any change of remedy or ointment will disturb and interfere with the healing reaction of the life force. Only if these situations are life threatening or the symptoms persist for a very long time, may think of a second course of treatment.

In the treatment of chronic miasmatic diseases, we both need time, the patient and the homoeopath. We have to learn to be more patient in the process of cure.

Removal of the uterus because of fibroid or removal of a knot from the breast is not the cure. What we have removed is the fruit of the disease. A woman who has a family history full of cancer might have a very deep seated fear of the disease. Surgical instruments do not reach the fear infested miasmatic mind. The removal of a tumour is only what the disease has produced – a fruit or an egg.

It is true though that symptoms can be sometimes very strong, sometimes unbearably painful. We may not appear so presentable for society; but what has that to do with healing and health! One should not ignore the language of their Life Force, one’s own guardian angel. 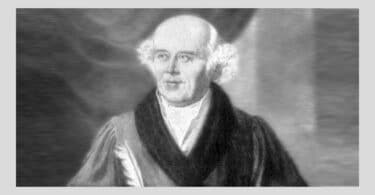 Further lecture about miasms:
"Journey of a disease" by M.S. Jus. A comprehensive and practical approach to the miasms.