Homeopathic remedies and homeopathy treatment for meningitis. Discussion on the symptoms, diagnosis and types of meningitis.

Meningitis is an inflammation of the meninges, the membranes that cover the brain and spinal cord. The inflammation is usually caused by bacteria or viruses (viral meningitis is also called aseptic meningitis). Less common causes include fungi, protozoa, and other parasites. Sometimes certain medications, cancers, or other diseases can inflame the meninges, although such noninfectious cases of meningitis are much rarer.

The first symptoms of meningitis may surface several days after a person has had a cold and runny nose, diarrhea and vomiting, or other signs of a bacterial or viral infection. Some of the more common symptoms of meningitis include fever, lethargy (decreased consciousness), or irritability. Older people may complain of a headache, photophobia (eye sensitivity to light), and a stiff neck, which is often noted by the doctor during a physical exam. #Belladonna [Bell]
Corresponds to the initial stages, where there is intense heat of the body, strong pulse, bright red face and delirium, where the cerebral irritation is marked by intense pain in the head, starting out of sleep crying out, grinding teeth. For simple meningitis, not the tubercular form, when everything is acute and intense; when effusion commences, however, it ceases to be the remedy. Aconite. Meningitis from heat of the sun’s rays after long exposure thereto, or cerebral congestions from anger. It is only useful at the onset. Fear is a marked symptom. 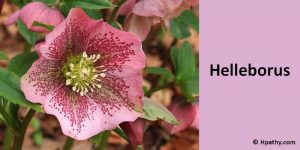 #Bryonia. [Bry]
Suits well cerebral effusions with a benumbed sensorium. The following will be useful indications upon which to prescribe Bryonia. Constant chewing motion with the mouth; when moved screams with pain; child stupid, abdomen distended; tongue white, pains are most sharp and stitching, and the patient drinks greedily; there is a livid flushed face, high temperature, copious sweats. Thus it is seen that Bryonia produces a characteristic image of meningitis and suits especially cases caused by suppressed eruption.

#Apis mellifica. [Apis]
Here nervous agitation predominates ; there are shrill cries, stabbing pains ; the child puts its hand to its head and screams. There is an oedematous face, scanty urine, and the patient is thirstless, it suits especially infantile cases and especially the tubercular form due to an developed eruption.

Cicuta is useful in the irritative stage when there are general convulsions, twitching in fingers and unconsciouness. It also markedly controls the effusion. The head is spasmodically drawn back with stiff neck. Violent jerks in any part of the body. Strangles on drinking, dilated pupils and staring look, trismus; one of our best remedies, having a fine clinical record.

#Zincum metallicum. [Zinc]
This remedy corresponds to the subacute form, especially if tubercular and due to suppressed eruptions. Febrile disturbance is absent or slight, there are marked twitching jerkings and hyperaesthesia of all the senses and skin, 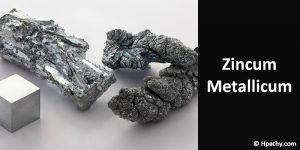 and tremulousness of the feet. At the beginning there are sharp lancinating pains and great exhaustion of nerve force. The 6X trituration is recommended.

Sulphur is useful in tubercular meningitis; the child lies in a stupor with cold sweat on forehead , jerking of limbs, spasms and suppressed urine. Retrocessed eruptions may be the cause. Tuberculinum and Calcarea carbonica may prove useful remedies. They corresponds to a basic or psoric taint which favors the development of the disease. Clarke advises Bacillinum 100th, which he claims is very prompt in its action. Cuprum suits cases marked with violent convulsions, thumbs clenched,loud screaming,face pale with blue lips. No remedy equals it in these conditions, but it is of more use in the later stages.

Symptoms of meningitis can vary depending upon the underlying cause.

Bacterial meningitis has a number of early warning signs that can occur earlier than the other symptoms. These are:

The early symptoms of bacterial meningitis are similar to those of many other conditions, and include:

Meningitis in Babies and young children

The symptoms of bacterial meningitis are different in babies and young children. Possible symptoms include:

Most people with viral meningitis will have mild flu-like symptoms, such as:

In more severe cases of viral meningitis symptoms may include:

The above information about homeopathy treatment of meningitis is only for information purpose. Please consult a professional homeopath before taking any homeopathic medicine for meningitis .