Seborrheic dermatitis is a common chronic dermatitis that is characterized by erythema and greasy looking scales in areas rich in sebaceous glands, such as the hairline (scalp), nasolabial fold, and midline, chest areas. Dandruff may be an early precursor or this condition. The prevalence of dandruff is higher in person infected with human immunodeficiency virus (HIV) and those with Parkinson’s disease. At all ages, seborrheic dermatitis is more common in males than females.

Although the cause of seborrheic dermatitis is unclear, it is thought that the normal yeast flora (Pityrosporum orbiculare or Malassezia furfur) play some role in inducing inflammation of the skin, which leads to increased epidermal proliferation and desquamation. The name is misleading, and patients affected with seborrheic dermatitis do not have more seborrhea than the normal population. On the face, it can involve only the eyebrows, glabella, and nasolabilal folds, or it can cause a mild blepharitis with red eyelid margins.

Pathogenesis: Two main factors are presence of generous amount of epidermal lipids and colonization, at least transiently by Malassezia species (lipophilic, usually nonpathogenic yeasts). Immune response also plays a role; tends to be far more severe in HIV/AIDS. In our view seborrheic dermatitis overlaps with psoriasis and may well be a minimal form of this disorder.

Seborrheic dermatitis has several potential etiologies. One theory of seborrheic dermatitis causation is related to the propensity of the condition to localize where sebaceous glands are found. In this theory the condition is caused by excessive sebum production, which allows yeasts and bacteria to produce free acids from the sebum. The free fatty acids, in turn, irritate the skin.

As in dandruff, M. furfur has been implicated in the etiology of seborrheic dermatitis. The severity of the seborrheic dermatitis appears to decrease when the count of organism on the scalp decrease, although the inflammatory reaction can be present with a normal number of fungi. Further, in one study M. furfur was isolated from lesional skin in significantly higher rates than from non-lesional skin.

Seborrheic dermatitis produces pruritis, burning, flaking, and redness of the affected skin. Seborrheic dermatitis scales are yellow red and greasy in appearance, unlike the dry scale of dandruff. Borders are indistinct, characterized by underlying skin inflammation, as implied by the name.

While dandruff is confined to the scalp, seborrheic dermatitis affects other areas of the body in addition to the scalp in a classical symmetric pattern. The highest risk locations have either high concentrations of sebaceous glands or high likelihood of colonization by yeasts and bacteria such as areas covered by hair or in skin folds.

Common sites for seborrheic dermatitis include facial hair bearing areas and the central face (e.g., hairline, forehead, face, eyebrow, eyelashes, eyelids, beard, and mustache), the external ear canal, behind the ears, in the nasal folds, and occasionally non-facial areas such as the scalp, presternal chest, and inframammary areas, axillae, between the shoulder blades, umbilicus inguinal folds, gluteal cleft, Perianal area, and in the pubic area and groin.

Seborrheic dermatitis cannot be reliably or consistently distinguished from other forms or eczematous dermatitis based on assessment of histo-pathologic features alone. However, classic examples of seborrheic dermatitis exhibit spongiosis localized to the ostia or upper infundibula or hair follicles. Neutrophilic crust is commonly present. Pityrosporum (Malassezia) yeast spores may be present in the stratum corneum.

Although these are many treatments for seborrheic dermatitis, recurrences are very common, with the disease typically relapsing for years. Although the prognostic studies identified were not long term ones, preventives regimens have been developed and can help reduce the severity of the disease. These include improvement in lifestyle, intake of supplements, and sun exposure.

Infantile seborrheic dermatitis often resolves spontaneously by 6 to 12 months of age. The vast majority of infantile SD responds well to topical therapy. There is no long term squeal of the condition.

Scalp involvement in infants does not adversely affect hair growth. There is no evidence currently to suggest a link between infantile SD and later development of atopic dermatitis or psoriasis.

Topical therapy is sufficient for most cases of infantile seborrheic dermatitis. Treatment consist of bathing with a mild agent such as mold tar shampoo, mineral oil, or oatmeal baths, to remove the scales followed by application of a topical corticosteroid to affected areas. “At a Glance” Treatment

Homeopathic treatment of Seborrheic dermatitis – Homeopathy is one of the most popular holistic systems of medicine. The selection of remedy is based upon the theory of individualization and symptoms similarity by using holistic approach. This is the only way through which a state of complete health can be regained by removing all the sign and symptoms from which the patient is suffering. The aim of homeopathy is not only to treat seborrheic dermatitis but to address its underlying cause and individual susceptibility. As far as therapeutic medication is concerned, several remedies are available to cure seborrheic dermatitis that can be selected on the basis of cause, sensations and modalities of the complaints.  For individualized remedy selection and treatment, the patient should consult a qualified homeopathic doctor in person. There are following remedies which are helpful in the treatment of seborrheic dermatitis:

The Effects of a Homoeopathic Complex on Atopic Dermatitis In Children 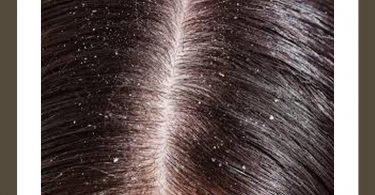