Editorial, Homeopathy for Everyone, October 2015

When I read Larry Malerba’s recent article “The Sickness of The American Psyche”1 I thought of how much the pattern resembled Germany towards the middle of the twentieth century. Paranoia, hysteria, racism and the need for power and control determined life and society. Violence was on the agenda, but a war waged around the world did not make the people feel more secure, nor protect them from the enemy within. No one represented the mental derangement of a whole nation at the time of National Socialism more than Adolf Hitler. He was a paranoid and destructive leader who is most remembered for his central leadership role in the rise of fascism in Europe, World War II, and the Holocaust. He suffered from persecution mania and constantly perceived threat where none existed. He was insanely suspicious, mistrustful of people and constantly worried about usurpers after he assumed leadership. He had enemies in reality and more so in fantasy. Hitler was extremely sensitive to humiliation and did not want to be neglected. Having strong feelings of resentment, he fervently expressed his hatred and desire for revenge. He opined that willpower was paramount, he did not know compromise and was unable to surrender even when defeat was obvious. His basic assumption was that Germany was surrounded by enemies and threatened by the economic and demographic growth of other nations. He was inclined to exaggerate his capabilities and importance, and saw himself as a benefactor of humanity chosen by Providence. His delusions and anti-semitism became the pillars of his ideology and facilitated his goal to free the world from the Jews, and to make Germany the greatest nation on earth. His hatred, resentment and violence increased with the perceived frustrations, humiliation, rejection, loss, and betrayal. There was almost nothing for which he did not feel contempt. Hitler had always expressed his love for war and the necessity for suffering. His rigidly false ideas and beliefs were totally unrealistic and not amenable to correction. His aggressiveness increased considerably after he became established as a political and military leader. His greatest crimes and a general increase in cruelty occurred between 1939 and 1945.

Hitler’s physical illnesses have been documented in detail. Although destructive tendencies were visible in his family’s health condition, Hitler had no major physical illness and his symptoms were of moderate severity. The etiology of his symptoms was unclear. Syphilis was assumed but could never be confirmed, and the diagnosis of Parkinson’s syndrome was presumed but also remained uncertain. Hitler’s neurological status made in 1944 was found to be normal. There was no cerebral pathology or major psychotic disorder but he suffered from a number of psychic symptoms such as phobias, anxiety, hypochondria, and a probable sexual dysfunction. His paranoia, hysteria, syphilophobia and delusion that the Jews had harmed him and the world are seen as the most significant psychopathological complex. The diagnostic assessment was quite inconclusive, partially due to the limited knowledge at the time and Hitler’s uncooperative attitude. Psychologists have unsuccessfully struggled over decades to describe him with an appropriate nosological label, and even concluded that his illnesses did not contribute to his crimes and terror. (Fritz Redlich, Hitler: Diagnosis of a destructive prophet)

Orthodox medicine’s theoretical model of health and disease isn’t capable of explaining affections that go beyond single parts or transcend generations. Separating parts from the whole and viewing man and illnesses in a mechanistic fashion doesn’t allow them to see the big picture nor to understand how the symptoms are interrelated and how the progress of disease follows a certain pattern.

In contrast, homeopathy’s philosophy and vitalistic approach to man offers a deep understanding of the state of health and disease, and how true cure can be achieved. The theory of the vital force allows us to see the connectedness of symptoms and to understand the progress of the disease. The mind is integrated into the holistic concept of man. The subject is treated as a whole, based on the person’s individual expression of the disease. The theory of miasms defines the fundamental cause of true chronic diseases and is paramount to grasp how sickness afflicts mankind and whole nations. Miasms are collective diseases of common cause and similar symptoms which affect a group with similar susceptibility. They are related to a specific pattern of symptoms, predispositions and personality traits. They find their individual and collective expression in the conscious and unconscious.

Hitler’s miasmatic make-up was characterized by strong traits of sycosis and syphilis – the miasms which account for the worst form of derangements and a destructive mentality, which produces incredible cruelty and the most criminal insanities. His inherited traits were activated in the course of his life, and solidified during childhood, adolescence and adulthood until he became a master of destruction and organized madness. Hitler was a fanatic, a megalomaniac and destructive prophet who felt truly obliged to the goals of his ideology. However, reviewing history one cannot reasonably attribute Germany’s condition at the time of National Socialism to a single individual. He was supported by a whole nation on a path of destruction and cruelty. C.G. Jung, the famous Swiss psychiatrist, was intrigued by Hitler‘s personality and studied him for years. His theory of the collective unconscious elucidates the force of collective miasms and how their impact influenced a whole nation. He wrote:

“Few foreigners respond at all, yet apparently every German in Germany does. It is because Hitler is the mirror of every German’s unconscious … Hitler’s secret is twofold; first, that his unconscious has exceptional access to his consciousness, and second, that he allows himself to be moved by it… We can see it work in him. He himself has referred to his voice. His voice is nothing other than his own unconscious, into which the German people have projected their own selves; that is, the unconscious of seventy-eight million Germans. That is what makes him powerful. Without the German people he would be nothing. It is literally true when he says that whatever he is able to do is only because he has the German people behind him, or, as he sometimes says, because he is Germany … He is not a man, but a collective. He is not an individual, but a whole nation.” (Shmuel Krakowski, The War Of The Doomed)

If not cured, miasms are transmitted over generations, so the cycle of paranoia and violence continues, and sickness persists to permeate the world. With ongoing suppression miasms are even driven to much deeper levels, causing more destructive diseases to afflict mankind. Miasms are dynamic, thus their impact isn’t reached by any medicine based on material quantity. To bring about a revolution in the heads and hearts of people there needs to be a dynamic force which acts on the deepest level of psyche and delusions, and on the collective miasm and unconscious as well. The miasms can only be removed by a somewhat stronger, similar dynamic which replaces and annihilates the natural disease, as offered by the homeopathic remedy. The possibility of curing miasms by means of homeopathy is unequaled by any other therapeutic method and makes the destructive drive an evitable fate of humankind.

Homeopathy is a comprehensive therapeutic method which deeply affects the psyche and which can be complemented perfectly by psychotherapeutic interventions. Amongst other influences, individual and collective traumata account for the pathogenesis of Hitler’s psyche and these dynamics afflict the individual and society collectively around the world. We are proud to present a variety of interesting articles about this topic in this issue of Homeopathy for Everyone.

The Trauma, Psychotherapy and Homeopathy presentation includes the following articles and/or cases:

Interview – Our editor Katja Schütt interviews Kenneth Silvestri, who shares his valuable insights with us.

Larry Malerba – “A veteran with PTSD gets help from homeopathy.”

Sharum Sharif – “Homeopathy in the treatment of psychiatric and psychological disorders”

Loretta Butehorn – “What Is Homeopathic Psychotherapy”

Gill Graham – “Untangling the web: individuality, purity and the totality of symptoms in homeopathy; a complete system of medicine”

Ingrid Pfanzelt – “Trauma and Homeopathy: Similarities in the Homeopathic Approach to Chronic Diseases and the Psychotherapeutic Approach to Post Traumatic Disorders”

Peter Chappell – “The Causes and Cures of Chronic Diseases, with a Focus on Psychological Trauma”

Robert Medhurst –Part 34 in his important series on research in homeopathy.

Orchids in Homeopathy by Louis Klein is reviewed by Vatsala Sperling

Elaine Lewis has a new quiz, plus answers from last month’s quiz. Send your answers!

Petr Zacharias founder of the Prague College of Homeopathy offers a new quiz to sharpen your skills. 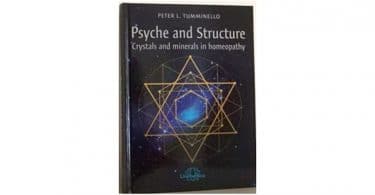 Homeopathy & Our Psyche: Some Clues from Psychology