Lynn Amara CCH, RSHom (NAm), Editor of Eizayaga’s Algorithms and author of Acute Therapeutics for the Homeopathic Practitioner, is being interviewed by Jilda Helinga.

JH: How did you first meet Dr. Francisco Eizayaga ?

LA: Dr. Eizayaga was brought to the United States by the Pacific Academy of Homeopathy, through the efforts of Dr.s Richard Barmakian, Ben Hole and Stephen Messer. Dr. Eizayaga conducted 4-day seminars over a 2 to 3 year period from 1985 to 1988. As a student of homeopathy I attended those lectures and edited his algorithms.

JH: What was it like to take a class with him?

LA: He made us work. He knew the repertory like no one I had ever studied with before. He would take us through each and every rubric and after four days of work your hand would hurt from writing, but your brain got it. You know how with some seminars you leave and you have learned a thing or two, and other seminars you leave knowing you now know nothing?. With Dr. Eizayaga I left his seminars feeling empowered. I knew I could go back to my practice and cure peoples’ problems. I understood remedies, I understood how to use the repertory and I better understood diseases from a homeopathic viewpoint.

JH: What made him different?

LA: He brought 40 years of practice to those lectures in the late 1980’s. During that time most homeopaths were focused on learning the essences of remedies, whereas Dr.Eizayaga took a more clinical approach. He was an MD with a wealth of experience behind him. He looked at the person and the disease and he knew we needed to cure the disease to be successful.

LA: It really is more than just describing the 5 divisions. It was a language that he taught, a language to describe a case, to make you think. It really helped define what you were prescribing on. The five divisions are: Constitution, Miasm, Fundamental, Lesional, and Death. The Constitution was what you were born into and included traits like hair color and body build, symptoms that are not really pathological but still characteristic. The Miasmatic layer was the inherited and acquired miasms. The Fundamental layer was what we might now call the personality, the temperament, the mode of being and it included ‘how’ the patient coped with their world. The Lesional layer is the realm of physical pathology as revealed by laboratory tests and examination. It is a mistake for homeopaths to interpret his work as saying to treat the Lesional layer first. He encouraged treating as deeply as you could. It is as if the client comes with a pocket full of change, some pennies, nickels, dimes and quarters. The pennies are the Lesional, the nickels are the Fundamental, the dimes are Miasms and the quarters are the Constitution. We would like to find the constitutional remedy right from the beginning, but what if all that is brought to you are pennies from a car accident. You may need to prescribe on the Lesional layer and treat the sequelae of the car accident. But if someone brings you 25 pennies, well then, do consider how that came about and treat as deeply as you can. With Dr. Eizayaga’s language you have a way to communicate to other homeopaths how you approached the case. I find that all great homeopaths do this and Dr. Eizayaga just codified what he did.

JH: What do you feel are Dr. Eizayaga’s main contributions to
homeopathy?

LA: He really contributed 3 things. First, he had a sweeping command of theory and application. We were learning Hahnemannian homeopathy. And to that he added his five divisions. Second, his method of posology was unconventional for the times. Through experiments (see Treatise on Homeopathic – chapter 28) he developed a posology method of ascending Hahnemannian scale and an everyday dose. This was not the ‘one dose and wait’ methodology in prevalent practice. He had demonstrated, through experimentation, that this method worked well and did not have the disadvantages Hahnemann feared. He appreciated that the everyday dose made your patient feel cared for and that your patient would understand it better, resulting in better case management. The modern day patient would not understand the ‘one dose and then nothing’ for weeks. This approach is probably the single most important part of my practice that has helped me be successful. It is also my belief that this approach works well in the United States because of the level of obstacles to cure that many people have (life style, allopathic medication, dietary
deficiencies etc.). Third, he understood disease and was able to translate disease into repertory language, hence his homeopathic algorithms. There is a wealth of information and understanding in his algorithms and a broad use of remedies, including small remedies like Fumus tobaccum and homeopathic Epinephrine.

JH: What books would you recommend for further study?

LA: I would definitely recommend Treatise on Homeopathy. This is a concise college type textbook that is the result of his years of teaching. I would also recommend Clinical Homeopathic Algorithms, which is a 13-volume collection of how to approach various diseases.

Lynn Amara, CCH, RSHom (NAm) has been helping people with homeopathy for nearly 25 years. She co-engineered the Pacific Academy of Homeopathy’s Foundations Program in the early 1990’s and continues to mentor and educate. Editor of Eizayaga’s Algorithms and author of Acute Therapeutics for the Homeopathic Practitioner, she enjoys solving problems and inspiring good thinking. An anthropologist at heart, she believes each person has a story worth listening to. When not knee deep in compost in her garden, she can be found lounging with four cats amid piles of quilts. 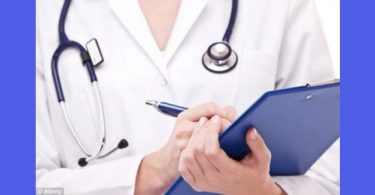 Jilda Hellinga, PTA is a physical therapist assistant who has worked in the practice since 1991. Jilda has a B.S, in physical education, an A.A. in the physical therapist assistant program and an M.P.A. with a focus on Organizational Change and Development from California State University, Hayward. Jilda is currently enrolled in the Pacific Academy of Homeopathy and will graduate in 2011. Beyond work, Jilda has studied with a metalsmith, gone to Zimbabwe to learn stone sculpting and taken classes on working with glass, jewelry and cement sculpture. She says her job is never boring and working with a diversity of people is both challenging and rewarding.