Dr. Michelle Veneziano comments on the lack of scientific scrutiny of the effects of vaccines. She reports some disturbing statistics and calls for an open dialogue.

I’ve awoken several mornings now thinking about the many people in our community upset by the opposition to vaccine mandates. I respect their frustration, as I myself, not so long ago, did not understand complaints about vaccines. I cannot recall a time when an issue has caused as much concern, or has called as strongly for us to be informed by sound research.

As a doctor and mother, I’m asking that we open the door to a dialogue, a chance for all of us who care deeply about our kids to share and learn from one another. I believe that we all agree on these basic values: we want to be healthy and we want to be certain that our decisions are based on independent and validated research. The medical community acknowledges that vaccines are not 100 percent safe for everyone. A public dialogue that shares relevant, unbiased research is critical.

When I began to look into vaccine safety, I discovered many studies that questioned their safety; I also found that these studies are not easily located in the medical literature. I discovered evidence that industry’s reach has run deep into trusted public health agencies, such as the Centers for Disease Control.

As I looked further, I discovered that tragic accounts of severe vaccine injury, usually thought to be rare, are in fact all too common. I discovered a host of peer-reviewed, non-industry-funded studies that illustrate that vaccines and the way we administer them pose very serious short and long-term health impacts, and not just to a marginal number of children. The newly published “Miller’s Review of Critical Vaccine Studies for Parents and Researchers” by medical journalist Neil Miller is a high-yield and accessible source of this peer-reviewed data. There are over 7,000 peer-reviewed studies on vaccination risks (search “Vaccine Research Library”).  Surely the health of our children is worth taking a step back and insisting that unbiased research be brought before policymakers and the public.

My work on this issue is not funded. The pharmaceutical industry, on the other hand, has many billions of dollars at stake. And its influence on the medical community is evident. The New York Times published a story that Harvard earned the grade of “F” for rampant conflict of interest within its own medical school. Even Richard Horton, editor of the prestigious medical journal The Lancet wrote last year that “much of the scientific literature may simply be untrue.”

The physicians at our local clinics have been following this debate with great interest. We are fortunate to live in a community of people who are politically aware and who know that monied interests can infiltrate even medicine. Clearly we are all motivated to work to keep poisons out of our food, our environment and our medicine. Yet it is worrisome that the majority of physicians do not have easy access to the vast sources of impartial data on vaccine-induced injury. As public concern grows, we must ferret out the facts, make them public and devise a public health protocol that is not influenced by profit. The task of gaining a deep understanding is not trivial. One particularly committed colleague, a former emergency room physician, found that by the time she felt she had a handle on the science, she had read for over 2,000 hours.

Skepticism among all physicians is rising more quickly, perhaps in part due to the mandating of the hepatitis B vaccine. The Hep-B virus is transmitted through blood, most commonly through the use of needles or through sexual contact. This vaccine contains aluminum, a known neurotoxin, and formaldehyde, a known carcinogen. Yet it is recommended on the first day of life and is now required for children to attend preschool. Common sense and science cannot support this practice.

Nor has market-driven medicine led to wellness for our citizens. The United States ranks 49th in the developed world in health. According to non-industry-funded research, the chemical accumulation in our bodies from vaccines and other sources could be said to be claiming more lives than infectious diseases ever have or ever will. Vaccine preservatives and adjuvants are associated with cancers and other immuno-compromised states.

Data connects aluminum in vaccines to Alzheimer’s and sudden infant death syndrome. We have the highest vaccination rate and the highest infant mortality rate in the developed world. And the state with the highest vaccination rate also has the highest infant mortality rate. There are thousands of reports of a single vaccine causing devastating injury (review the reaction data at medalerts.org). Yet the C.D.C. still says it is permissible for babies to receive up to 13 vaccines at either their 12-month or 15-month checkups.

If children were to receive all the recommended vaccines, they would be dosed 70 times before high school, compared to 22 times in 1983. All the while, rates of chronic illness are rising dramatically, as reported by the C.D.C. The increase in allergies, asthma and autoimmune illness in the past few decades is alarming. And the fact remains that responses to vaccines have never been studied as they are given, simultaneously and cumulatively, over time and in relation to an unvaccinated control group. Never.

Efforts are underway to author a new bill that could delay the implementation of Senate Bill 277 until a much-needed review and public discussion can take place. If you are interested in learning more and participating in efforts to move toward safer vaccination practices LearnTheRisk.org is a useful source of information. 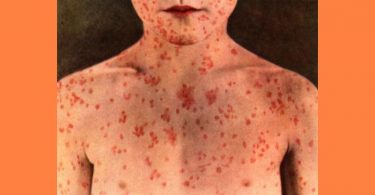 Those Measles Outbreaks: Thoughts out of Season

Dr. Michelle Veneziano comments on the lack of scientific scrutiny of the effects of vaccines. She reports some disturbing statistics and calls for an open dialogue. Michelle Veneziano, DO, became board certified in family medicine in 2004. She also completed 16 years of intensive training in the hands-on diagnosis and treatment methods of Osteopathic Medicine in which she currently specializes. Her approach is based in Osteopathy in the Cranial Field, which serves as the platform from which she practices all forms of osteopathic manual medicine. Dr. Veneziano earned her BA from UC Berkeley and her DO degree from The College of Osteopathic Medicine of the Pacific (COMP). She is Associate Clinical Professor of Osteopathic Family Medicine at both COMP and Touro colleges of Medicine. She has published original research in Osteopathy in the Cranial Field, is a peer reviewer for the acclaimed natural medicine journal Explore, The Journal of Science and Healing and has been interviewed by ABC TV for her successes in treating patients with chronic headaches. She is currently in private practice in Mill Valley.