Dr. Rawat gives us a good description of the remedy Natrum Muriaticum. Natrum muriaticum or sodium chloride is common table salt. This homoeopathic medicine is recommended for people who are highly anaemic and emaciated from the neck downward despite eating nutritious and fattening food. Their collar bones become prominent but the lower parts of the body, the hips and limbs may still be normal or flabby. Owing to such a body state, the patient acquires an irritability when spoken to. They dislike fuss and caresses, etc. They may even cry out and go into an aggravation on being consoled. At times, they weep miserably and continuously without any cause or may indulge in sad and painful thoughts. These make them more aggrieved and mentally tortured, especially when remembering and brooding over past unpleasant and disagreeable insults, misdeeds and happenings like the deaths of near and dear in the family or relations. Sometimes the patient may find happiness over such matters (in hysterical affections).

It is a remedy for various hysterical complaints when the patient weeps with tears in his eyes, laughs, goes into a rage or curses and blasphemes. The patient is unable to control his affections and reciprocates them despite knowing that it is unwise to fall in love with a married person, but he cannot help it and lies awake pining for his beloved.

Natrum mur is an excellent medicine for the ill-effects of anger caused by offence, grief, fright, humiliation (vexation) and mortification etc. that makes these patients disheartened, gloomy, apprehensive and taciturn. Sometimes, they acquire a malicious attitude and plan to take revenge. They are thus the most disagreeable companions.

At times, these patients are found confused. They commit many mistakes and thus become nervous, drop things from their hands and break them. Owing to impairment of their mental faculty, they don’t have the inclination to undertake any kind of mental work. Growing children may be slow in learning how to talk and may have difficult speech problems.

It is good medicine for the bad effects of acids, bread and rich food, quinine, excessive craving for salt when patient put salt on everything he eats.

Natrum mur goes deep into the body to restore the pink complexion of highly anaemic, pernicious or chlorotic patients who bleed only watery discharge from cuts made either on the fingers or any other body part. Even the menstrual flow is like white leucorrhoea discharge.

Persons, particularly those living by the sea shore, or those who have been on a long ocean voyage, frequently suffer from anaemic conditions. They may be found pale and be splattered with numerous brown spots over the sickly and dirty looking skin, particularly when exposed to the heat of the sun. Their face may look greasy (oily), shiny and shallow and full of blackheads (comedones) and boils. There may be swollen upper and lower lips with pearly blisters (herpes) around the corners of the mouth and baldness of the head with falling out of whiskers.

In the scorbutic state of the system cracks develop on the lower lip, ulcers in the mouth and swollen gums with the peculiar appearance of a mapped (geographical) tongue. Owing to the anaemic condition there may be coldness of the legs and numbness and tingling in the fingers, toes, lips and tongue. The ankles are so weak that they turn easily especially in children who are late in learning to walk. These patients may experience painful contractions of hamstrings (calf muscles), with pain and cracking being felt in the joints on motion. There may be cracks around the fingers and the nails may be deeply ingrown into the flesh (hang nails).

The above noted symptoms constitute the diagnostic signs of SLE (Systemic Lupus Erythomatosus) where such patients are advised either to change their occupation or live far away from the sea shore.

Natrum mur is specially efficacious to those patients who suffer from severe anaemia from abuse of quinine, from loss of body fluids like the blood or semen, menstrual irregularities after grief or worry and from other debilitating diseases.

It is an effective medicine for the utter want of secretion in the gut leading to dryness of the mouth and down to the rectum. Symptoms can include tickling or a fish bone (splinter) sensation or gagging of the entire food pipe (oesophagus). The patient may not be able to swallow food without washing it down with water. The result is obstinate constipation where the stool is hard and dry, absolutely devoid of moisture and crumbles when passed. Consequently this gives rise to fissures in the anus and every act of evacuation may be followed by bleeding and smarting. Such constipation further aggravates the irritability of the mind in these patients.

Natrum mur has been considered an infallible remedy to stop the fluent, watery discharge which accompanies violent attacks of sneezing, loss of smell and taste. The patient may frequently hawk up mucus from the throat particularly in the morning. This is like that of egg white choking the throat and plugging the nose, generally for one to three days but sometime for a week or more, especially in the summer months. All other body discharges i.e. the mucus from the eyes, leucorrhoea and gonorrhea may also be of same nature.

It is an alternate remedy in a periodic throbbing headache of girls at puberty (generally the school girls) when they feel as if a thousand little hammers are knocking against the brain, rendering it worse by moving the head and the eyes. Sometimes the headache starts in the morning and lasts until 3 p.m. or until the evening as if it follows the rising and setting of the sun. At times, it is so violent that the patient becomes maniacal and utters foul language (blasphemy). During such a headache the tongue becomes excessively dry and clings to the roof of the mouth and the patient is compelled to take large amount of cold water frequently. Generally these headaches are apt to occur after menses are over and are due to the loss of blood.

The headache is most often brought on by eyes because of long, continued studying, close and fine needle work, gazing at the TV and pictures etc. for a long time. This manifests a weakness in the muscles of the eyes as a consequence of which they suffer from weakness of eyes (asthenopia), dim vision (amblyopia) and blindness (amaurosis). It particularly becomes the indicated medicine when the internal recti muscles of the eyes are affected. It is also indicated for a stricture of the lachrymal duct when pus escapes when the eye is pressed.

In malarial fever the headache begins with a chill at 10 to 11 a.m. every day or every third or fourth day. The chill is almost unbearable and begins in the limbs especially in the hands and feet. The teeth chatter and the lips and nails turn blue. The patient tosses from side to side in the bed. The bones ache and feel as if they would break. Vomiting of bile occurs between the chill and heat stages. There is a pain in the head with excessive thirst before and during the chill but no thirst during any fever. The patient’s face becomes flushed when in delirium and he talks of everything with constant maniacal actions. All symptoms except the headache are normally relieved after sweating which may directly be proportional to the severity of headache. Sometimes the headache is also relieved on sweating.

Natrum mur not only takes away the tendency to malaria, susceptibility to cold and periodic headaches but restores the patient to health. It cures ailments like pernicious (fatal) malaria, malarial cachexia, kala ajar etc. when remedies like crude Arsenic and Quinine prove ineffective in coping with these diseases.

It is the remedy par excellence in sexual weakness of males when seminal emissions occur involuntarily every night or after coitus with increased desire. Also, it is used for weak erections (impotency), retarded or late discharge followed by great physical weakness, paralysis and great loss of pubic hair as a result of sexual excesses.

It is also useful in the diminution in sexual appetite of females. Sometimes, there is aversion to sexual intercourse owing to great dryness of the vagina rendering coition painful. At times, the patient feels a smarting and burning after the act.

Natrum mur is a splendid remedy in late menstruation of the young who are exceedingly anaemic and chlorotic. It is also useful for pernicious girls at puberty who are anxious, sad and irritable before menses and suffer from a headache, colic and palpitations afterwards. At times, the menses are too early, too profuse and long lasting rendering the patient more anaemic. The blood may be dark and flow day and night. The pulse is weak and intermittent giving irregular heartbeats. There occurs faint feelings which are worse lying down specially on the left side. Sometimes palpitations are so violent (fluttering) that they shake the whole body.

It is a remedy to correct weakness of the bladder, when as a result the patient suffers from involuntary escape of urine every time he coughs, sneezes or exerts any other way. When the weakness becomes more pronounced there occurs incontinence (bed wetting) and the urine flows instantly necessitating frequent changes of clothes.

At times, the patient may have to wait ever so long and press hard to set the flow started. This may be due to nervousness, especially when somebody is near him.

It is an excellent medicine for the cough from a tickle in the pit of stomach which accompanies stitches in the liver and spurting of urine. The cough is accompanied by a burning pain in head and short breathing. Tears roll down the face while coughing.

Natrum mur is a remedy of great value in patients who constantly dream about robbers and get so terrified about it that they don’t feel satisfied until they make a thorough search. Sometimes the patient gets up from bed and walks about in his sleep (somnambulism).

It is also a useful medicine in eczema and vesicular eruptions (tetters) of bends of elbow and knee joints when sometimes there is a head oozing an acrid fluid that dries up and forms a white crust with deep fissures and cracks. Urticaria (nettle rash), herpes (shingle), corns and warts on palms have also been cured by this remedy.

A typical Natrum mur patient sweats while eating and feels tired after eating food. They sleep for a long time especially school children who have to exert themselves physically when going to and from school in hot weather in the summer. 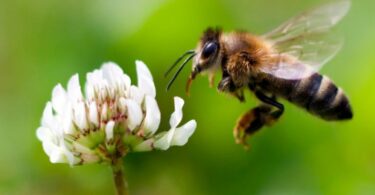