These fundamental principles are elaborated in the following sections.

Homeopathy is a system of medicine founded on a definite law ‘Similia Similibus Curantur’ which means ‘like cures like’. The word Homeopathy is a Greek derivation where ‘homeos’ means ‘similar and pathos means ‘suffering’. So Homeopathy may be defined as the therapeutic method of symptom-similarity. The recognition of this law was there even before Hahnemann. Paracelus, Hippocrates, and ancient ayurvedic texts have on occasions mentioned this law. But it was Hahnemann who recognized the universality of this law and lifted it from oblivion to make it the basis of a complete system of medicine.

According to this system, the choice of the medicine is fundamentally based on the principle that the medicine must have the capability of producing most similar symptoms of the disease to be cured in healthy persons. In aphorism 26 of ‘Organon of Medicine‘, Hahnemann states this law: “A weaker dynamic affection is permanently extinguished in the living organism by a stronger one, if the latter (whilst differing in kind) is very similar to the former in its manifestations.”

Law of Simplex – The Single Remedy

Hahnemann in aphorisms 272-274 of ‘ Organon of Medicine’ states that only one single, simple medicinal substance is to be administered in a given case of time. This is due to the following reasons:

The suitableness of a medicine for any given case does not depend on its accurate homeopathic selection alone, but likewise on the proper size of dose too. Under this principle we give medicine to the patients in very minute doses. The minute dose means that quantity of a medicine which is though smallest in quantity produces the least possible excitation of the vital force and yet sufficient to effect the necessary change in it(§ 246). The quantity is minimum, yet appropriate, for a gentle remedial effect. This concept of minimum dose lead to the discovery of a practical process called potentisation. Administration of the minimum dose has the following advantages:

Health is a matter of perfect equilibrium, perfect balance, trifling circumstances may sway it, and so may it be balanced by the least possible in medication.

In Homeopathy we prescribe only those medicines whose medicinal properties are known through ‘drug proving’. Drug proving is a systematic investigation of pathogenic (disease-producing ) power of medicine on healthy human being of different ages, both sexes and of various constitutions. These recordings of drug proving give the only reliable knowledge of medicines which is very essential to cure disease homeopathically. Different medicines must be proved thoroughly in order to obtain full details of their curative properties. The drug must be proved on human beings because:

The drug must be proved on the healthy human being because:

During the early age of homeopathic practice Hahnemann observed that in spite of best homeopathic treatment some cases would return with a recurrence of symptoms at intervals. This failure led him to investigate thoroughly a large number of chronic cases and after 12 years of observations he reached the conclusion that the chronic diseases are caused by chronic miasms. The miasms are Psora, Syphilis and Sycosis.

Psora is the real fundamental cause and producer of innumerable forms of disease. It is the mother of all diseases and at least 7/8th of all the chronic maladies spring from it while the remaining eighth spring from Syphilis and Sycosis. Cure is only possible by proper anti-miasmatic treatment.

It is Homeopathy which stresses the existence and operation of the vital force in a living organism. The human organism is a triune entity consisting of body, mind, and spirit. This spirit which is responsible for different manifestations of life was termed by Dr. Hahnemann as ‘Vital Force’. Hahnemann speaks of the vital force in Aphorism 10 of his Organon of Medicine as : “The material organism without the vital force is capable of no sensation, no function, no self preservation; it derives all sensations, and performs all functions of life solely by means of the immaterial being (the vital force) which animates the material organism in health and disease.”

In the healthy condition, it is the vital force which maintains normal functions and sensations of the organism. But when the vital force is primarily dynamically deranged by morbific influence, it causes abnormal sensations and functions which are manifested outwardly through the material body as abnormal signs and symptoms, the totality of which constitutes the disease.

Again if a cure is to be established it is the vital force that must arouse itself or be abided to arise for the recovery. If the vital force is too debilitated and exhausted then no medicinal aid is of help.

Homeopathic dynamisation is a process by which the medicinal properties which are latent in natural substances while in their crude state, become awakened and developed into activity to an incredible degree.

According to Dr. Stuart Close, “Homeopathic potentisation is a mathematico-mechanical process for the reduction, according to scale, of crude, inert or poisonous medicinal substances to a state of physical solubility, physiological assimilability and therapeutic activity and harmless, for use  as homeopathic healing remedies.”

Drugs are potentised by two methods:

The objectives of potentisation in Homeopathy are: Concepts of Homoeopathy with its Principles, Doctrines and Laws: Co-Relation with Modern Views 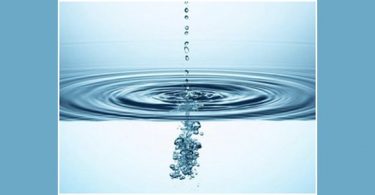 Clarification of the Basic Homeopathic Principles Including Reference to Worldwide Practice.

Repertorization – The Principles for its Use