David Warkentin is no more… David Warkentin, creator of MacRepertory and ReferenceWorks, passed away on September 11, 2010. Two months ago, he was diagnosed with multiple brain tumors, which were metastasis of a colon melanoma.

David’s visionary creation of MacRepertory and ReferenceWorks has inspired a revolution in modern homeopathic thinking and practice. He had taught at nearly every homeopathic school in the United States and numerous schools around the world, as well as serving on the boards of several homeopathic organizations.

David was the recipient of many awards, including the prestigious Henry N. Williams Professional Service Award from the National Center of Homeopathy in recognition for his years of service, teaching and dedication to the homeopathic community. David’s education included nearly three decades worth of seminars and classes in Homeopathy with countless teachers, including George Vithoulkas and Dr. Francisco Eizayaga. He also had a Physician’s Assistant license from the University of California (Davis) Medical School, an honorary doctoral degree from The British Institute of Homoeopathy U.K., and CCH Certification from the Council on Homeopathic Certification. He maintained a private homeopathy practice in Marin County, CA from 1976 to 1995, was co-founder of the Hahnemann Medical Clinic in Berkeley, CA where he practiced from 1985 to 1989, and then founded KHA in 1989.

Some of David’s other accomplishments include photography and white water rafting. One of the most well-loved and respected leaders in Homeopathy, David would be missed by the whole homeopathic community. 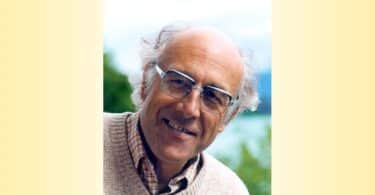