Cause and symptoms of acute and chronic bronchitis, homeopathic treatment of bronchitis with details of indicated homeopathy remedies. 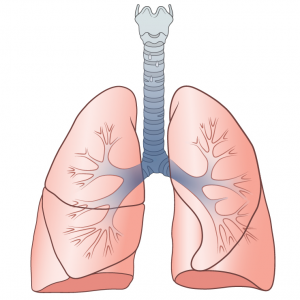 Bronchitis is an inflammation of the main bronchial tubes-the bronchi-caused by a bacterial or viral infection. It may develop suddenly, following a head cold (acute bronchitis), or it may persist or return regularly over many years, causing progressive degeneration of the bronchi and lungs (chronic bronchitis).

Certain people are more susceptible than others. Men are more likely to develop the condition than women; the reasons for this are unclear.

Acute bronchitis is usually caused by a virus, such as the rhino virus, which causes the common cold, although sometimes it may be caused by bacteria such as Chlamydia.

Acute bronchitis can last from several days to several weeks. People are more likely to develop acute bronchitis if they have had a recurrent respiratory illness like cold, have other lung disease like asthma or cystic fibrosis, or are cigarette smokers.

Patient comes with a history of irritating, unproductive cough, with discomfort behind the sternum, associated with tightness, shortness of breath and wheezing for two to three days. Cough, he says, has gradually become productive with greenish yellow sputum and has mild fever.

On auscultation one finds an occasional crackle with wheeze and blood examination shows neutrophilic leucocytosis. In otherwise healthy person, without the patient being seriously ill, the whole episode can improve within 4-8 days.

It is either because of bacterial or viral infection, from nasal sinuses or throat. Or this attack can be complication of measles, whooping cough etc. and inhalation of dust, gases like SO2, or pollens or organic dust.

Chronic bronchitis, part of the spectrum of chronic obstructive pulmonary disease (COPD), is the more serious disease; it is defined as persistent cough sputum (the liquid secretion that comes up from the lungs when a person coughs) on most days for at least three months and for at least two successive years.

It is a slowly progressive type of COPD, limiting airflow in the lungs and causing a chronic cough and difficulty breathing due to shortness of breath.

Viruses which cause upper respiratory infection like coryza, cold are responsible in 90% of cases of acute bronchitis. These include

Diagnosis of acute bronchitis is based on a suggestive history and a physical examination. Neither blood cell counts nor sputum analyses are particularly diagnostic in otherwise healthy patients. Chest radiography may be helpful in distinguishing bacterial bronchitis from pneumonia.

Patients with recurrent bouts of acute bronchitis should be evaluated for possible asthma. This evaluation would include pulmonary function testing.

Patient with persistent symptoms in the course of presumed viral bronchitis should be evaluated to determine possible underlying etiologies. Sputum culture might prove useful in these circumstances.

Chronic bronchitis does not have a sudden onset and is most frequently caused by long term and repeated irritation of the bronchial tubes. Irritated and inflamed bronchial tubes are more prone to be infected.

A case if bronchitis is considered “chronic” if symptoms continue for three months or longer. Bronchitis caused by allergies can also be classified as chronic bronchitis.

(a) Build – usually short and stocky, (b) Cyanosis – rarely with clubbing. Signs of airway obstruction- prolonged expiration, pursing of lips during expiration, contraction of expiratory muscles during respiration, fixation of scapulae by clamping the arms at the beside, jugular venous distension during expiration, widespread wheeze of variable pitch usually most marked in expiration.

Who are at risk for chronic bronchitis?

Investigations in case of chronic bronchitis

Chest radiograph – may be normal, infected episodes may produce patchy shadows, of irregular distribution due to pneumonic consolidation and small line fibrotic scarring may result. 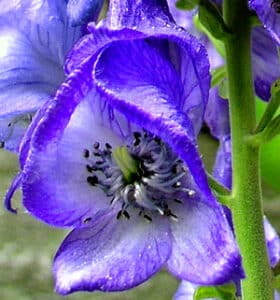 The aim of homeopathy is not only to treat bronchitis but to address its underlying cause and individual susceptibility. As far as therapeutic medication is concerned, several remedies are available to treat bronchitis that can be selected on the basis of cause, sensations and modalities of the complaints.

For individualized remedy selection and treatment, the patient should consult a qualified homeopathic doctor in person. There are following homeopathic remedies which are helpful in the treatment of bronchitis:

Bryonia Alba – Great remedy for bronchitis; dry cough hurting the head and distant parts of the body with fever and great thirst of large quantity of water at large intervals; free expectoration in the morning and worse in warm room; hoarseness worse in open air; frequent desire to take long breath; to expand

Lungs; cough dry at night; must sit up; worse after eating and drinking; difficult respiration worse after every movement.

Antim Ars – remedy for bronchitis; when the breathing is hard, rapid, and wheezy; rattling with marked dyspnoea and restlessness.

A Case of Chronic Tonsillitis and Bronchitis – by Grant Bentley

A Case of Bronchitis and Addiction – by Hannah