In December 2006 Hugh aged eight arrived with his mother and sister.

Hugh suffers from Tourette’s syndrome and ADHD and his mother advised me that he was seeing a specialist who diagnosed his condition.  His mother’s concern is that Hugh is moving to a new school early in 2007 and she wants to avoid any unnecessary anxiety for her son and wishes to avoid him being given methylphenidate (Ritalin).

The main symptoms as presented by Hugh’s mother were the facial tics, muscle spasms in various parts of his body, especially his fingers and toes, eyes, excessive blinking, twitching around his mouth and the fact that he sucks on his lower lip when this happens creating a rash, which they find disfiguring.

On checking Hugh’s medical history with his mother,

Hughs’s birth was uneventful, as a young child he was very good, slept right through the night.  He was not breast-fed.   He had no obvious reaction to the normal vaccination program.  Usually very healthy.   Broke his right arm during Karate.

When he was younger Hugh had a stutter, so attended a speech pathologist for a few years.  No problem currently in speech.

No problem with head, eyes, ears, throat, chest, digestive system or elimination system.  He is worse for stress and anything new.

Hugh dreams but doesn’t recall any, except the latest one wherein his dad was flying.  (The family were intending to travel overseas in January 2007).

His mother noted that Hugh talks in his sleep.

Hugh is good with his hands; he is good at maths, gets upset at injustices, and anything that is not fair.

He loves fruit, such as grapes, strawberries, mangoes, bananas and kiwi fruit. Eats veggies and salad.

Hugh presented at the consultation as restless, fidgety and disruptive.  Pushing his sister and pulling her hair, rolling around on the floor, climbing on the furniture and interrupting the consultation process from time to time.

There were also times when he was quiet and appeared contented without any adult intervention.

His mother volunteered that there was tension in the marriage two years ago when she changed her job.  The tics and spasms have been occurring since that time.  She said that Hugh often spoke of injustice and that things weren’t fair.  I asked him about getting angry and about what wasn’t fair but he couldn’t describe his feelings. However it was clear that even the question made him upset.

Hugh’s parents have been educating themselves and have been trying different ways to find an effective treatment programme for this condition over a period of two years and have supplemented his diet with the following:

MacRepertory system was used for this analysis.

Hugh had experienced no twitching at all over the Xmas holiday period, and reported no finger or toe twitching or spasms.  His face on the under lip was clear of any red marks or rash marks.

Hugh had a few late nights over the holiday period with no noticeable symptoms, which would, normally not have been the case.

Decided to wait with no repeat dose at this time, however, the family were going overseas the next day for three weeks, so I gave the mother an emergency dose of Staphysagria 200 to take with her and asked for Hugh to be brought back on their return to Australia.

Hugh had travelled well and still had no further twitches, tics or spasms.

Mother reported that they had only arrived back in the last few days and Hugh was overtired and had sleepwalked the previous night and talked in his sleep.  She also advised that he seemed happier; not stressed at all and he had started his new school and had made new friends right away.

Mother had not given Hugh the emergency dose of Staphysagria 200 whilst away, so that was given as a repeat dose.  Placebo pillules continued.

This case will be reviewed in another month. 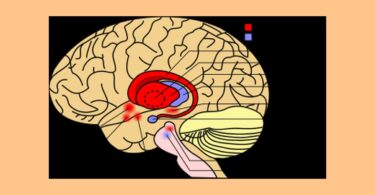